“It's meant to be a comedy. People need to stop bringing #BlackLivesMatter into everything. Bore off," one viewer wrote. 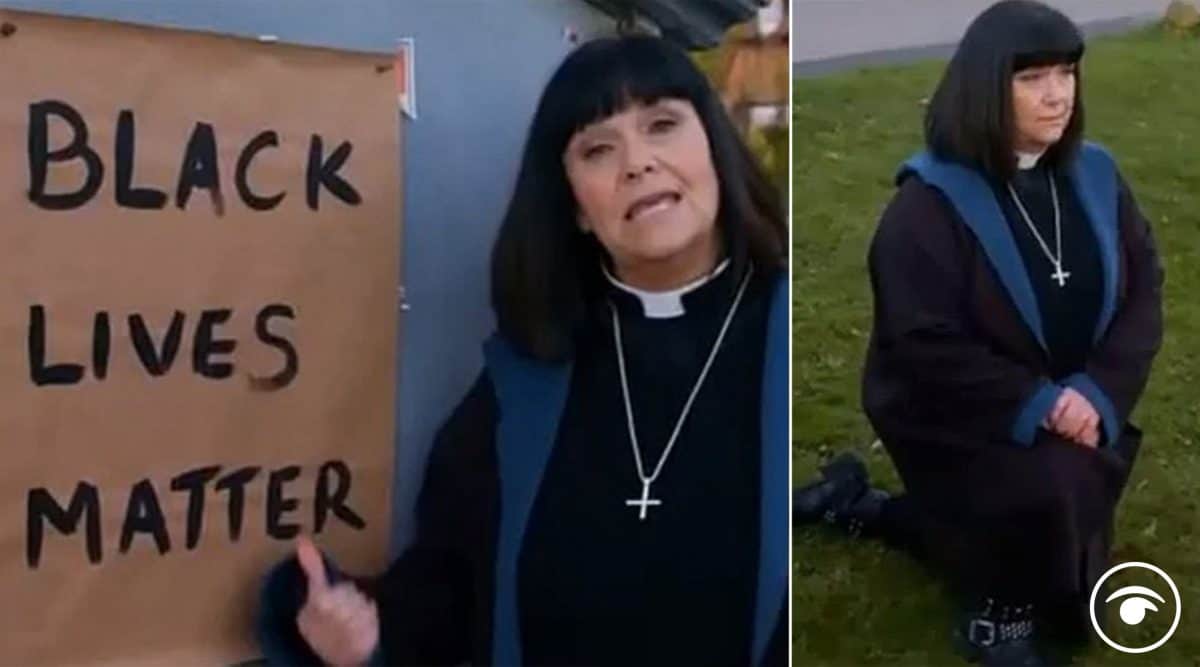 French reprised the famous role of Geraldine Granger for The Vicar of Dibley in Lockdown – which has generated more headlines since it was announced than anyone might have thought possible.

In a nod to the ongoing fight for racial equality and justice, last night’s episode saw French take a knee and explain the significance of BLM – days after the BBC was forced to defend the show after scores of angry viewers complained.

The segment saw Geraldine walk over to the parish board, remove old posters and replace them with one reading “BLACK LIVES MATTER” in bold text.

“I think that in Dibley, perhaps we should be thinking about taking down some of our old notices, like this, and perhaps, we put up one like this instead,” she concluded.

But despite many praising French’s intervention, scores of angry viewers slammed the show for being “political” – and cited it as proof that the BBC should be defunded.

“I’m sick and tired of being lectured every time I turn on the TV and ultimately it will achieve nothing,” one said.

Another added: “It’s meant to be a comedy. People need to stop bringing #BlackLivesMatter into everything. Bore off.”

“Leave comedy & family programmes alone. This is neither the time nor the place to bleat politics. Will not be watching,” one viewer remarked.

Another said: “Regardless of the content, when entertainment turns into a lecture it’s the off button from me.”

The episode has even sparked an article in the Spectator, which asked: “What was the point of the Vicar of Dibley’s BLM sermon?”

“The first rule of preaching is not to be preachy,” the article begins, “and it’s here that the Vicar of Dibley slips up in lecturing her parishioners on Black Lives Matter in an episode broadcast last night.

“Bring back the inoffensive jokes, vicarage chocolate fountains, copious plates of brussels sprouts, silly crushes, and the most disorganised parish council in Christendom,” the writer urges.

“Surely this year, more than ever, we could have done without sermonising like this in a sitcom.”