The 'kids-for-cash' scandal saw children as young as 8 shipped off to detention centres without any chance to argue their case.

by Danny Jones
in News 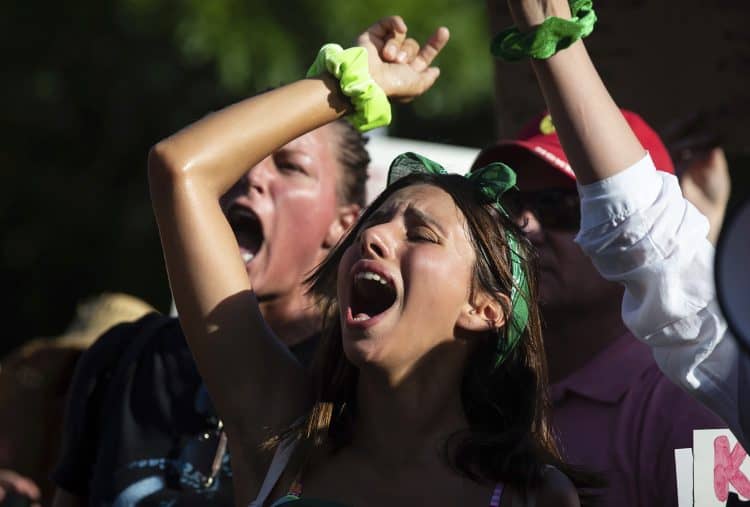 Two American judges have been ordered to pay over $200 million in collective damages after they were found to have been sending children to for-profit jails in exchange for financial kickbacks between 2003 and 2008.

Cited as one of the worst judicial scandals in US history, the miscarriage of justice dubbed the ‘kids-for-cash’ scandal, saw children as young as eight-years-old residing in juvenile detention centres, into court and then shipped off to two private lock-ups.

According to court documents published by the Middle District of Pennsylvania, US District Judge Christopher Conner awarded $106 million in compensatory damages and a further $100 million in punitive damages to nearly 300 people (32 parents) who are said to have fallen victim to the scheme.

Pennsylvania Supreme Court has now thrown out some 4,000 juvenile convictions involving more than 2,300 children and teenagers; 79 of those who appeared in court were under 13 when sentenced.

The culprits are former judges, Mark Ciavarella and Michael Conahan, who strategically shut down a county-run juvenile detention centre in 2002 and accepted approximately $2.8 million in illegal payments from the builder and co-owner of two for-profit facilities.

Ciavarella, who presided over juvenile court, quickly established a zero-tolerance policy that guaranteed large and regular numbers of individuals would be sent to the privately-run PA Child Care and its sister facility, Western PA Child Care. Over a 5-year period, those detained for petty theft, vandalism and other minor misdemeanours – many of them first-time offenders – were quickly found delinquent and sent off in handcuffs to one of the two jails.

Moreover, few of them ever got to argue their case or stand any real chance of a fair trial and often didn’t even get to say goodbye to their families. The long-running civil suit against the judges has been described by those representing the plaintiffs as “the tragic human casualties of a scandal of epic proportions.”

Judge Conner said that “Ciavarella and Conahan abandoned their oath and breached the public trust… rul[ing] with breathtaking arrogance and an unfathomable disregard of due process”. Writing in his conclusive statement on Tuesday, he described their “cruel and despicable actions” as having “victimised a vulnerable population of young people, many of whom were suffering from emotional issues and mental health concerns.”

One unnamed plaintiff remarked, “I was just sold out for no reason”, while another said, “they ruined my life” and “just didn’t let me get to my future”.

According to AP, “it’s a huge victory,” co-founder and chief counsel of the Philadelphia-based Juvenile Law Center Marsha Levick, who was also attorney to several of the plaintiffs, said on Wednesday: “To have an order from a federal court that recognises the gravity of what the judges did to these children in the midst of some of the most critical years of their childhood and development matters enormously, whether or not the money gets paid.”

Ciavarella is now serving a 28-year prison sentence for the kids-for-cash scandal and Conahan, who was initially sentenced to more than 17 years in prison, was released to home confinement in 2020 due to the pandemic; he now has just six years left on his sentence.

Related links: Trump comments on ‘classified documents’ come back to haunt him