A round-up of some feelgood stories in the news. 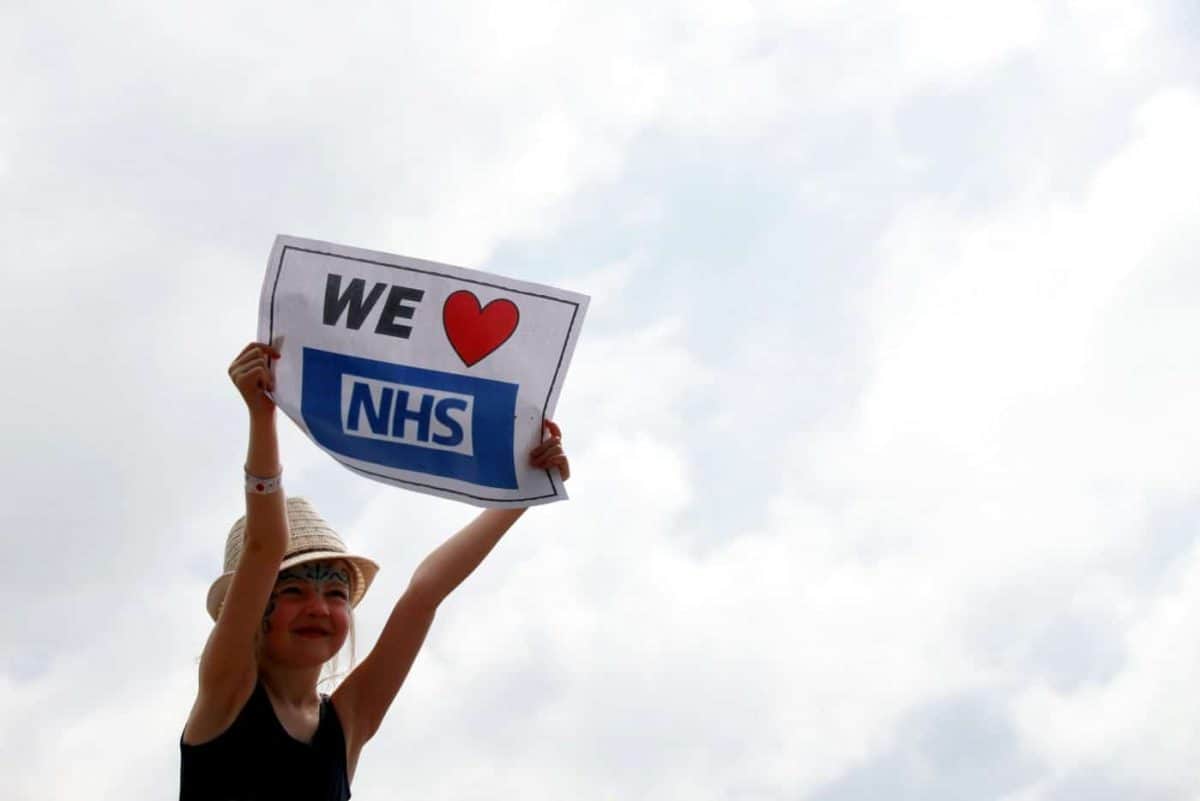 The NHS was inundated with volunteers and a refugee family repaid those who sponsored their move in Wednesday’s news.

Here is a look at some of the day’s more uplifting stories you might have missed.

Prime Minister Boris Johnson said 405,000 people have signed up to be volunteers for the NHS, 155,000 more than were asked for.

He said the number signed up was equivalent to the population of Coventry.

Speaking at the daily press conference inside Number 10, Boris Johnson said he wanted to offer a “special thank you to everyone who has now volunteered to help the NHS”.

He added: “When we launched the appeal last night, we hoped to get 250,000 volunteers over a few days.

The mass sign-up follows Health Secretary Matt Hancock’s request for a quarter-of-a-million people to donate their time to help the 1.5 million people isolating for 12 weeks in an attempt to slow the spread of Covid-19.

Mr Johnson said the volunteers would be “absolutely crucial” in the fight against the illness, and that the number signed up was equivalent to the population of Coventry.

Professor Stephen Powis, NHS national medical director, said: “We are truly amazed by the number of people who want to come and help us in the war against coronavirus.

“I would like to thank every last one of you who are offering your time – you will without a doubt help us to save lives.

“Our NHS needs you – whether it’s by volunteering or simply staying at home – you are helping your families, communities and protecting our NHS.”

Anyone who is over the age of 18, fit and healthy and non-symptomatic can offer their time to the scheme.

He said: “Times like this show just how generous the British people are and how much they value our health service – we are blown away by this response and the kindness of our country.

“I can’t thank those enough who have pledged to devote their time to helping others at what is a challenging and uncertain time for you and your families.

“The NHS is always there for you – now is your time to be there for us too.”

Housing, Communities and Local Government Secretary Robert Jenrick called NHS staff “absolute heroes … working round the clock to support us as a country” and provided more detail on what the volunteers may be doing.

He told BBC Radio 4’s Today Programme that there would be a variety of jobs available, including parcel delivery and driving.

They may also be asked to drive people to appointments or make regular phone calls to those in isolation, the NHS said.

Mr Jenrick added: “We need to get volunteers into this collective national effort to support the NHS, to support social care, and in particular to support the 1.5 million people who for specific clinical reasons we’re shielding.”

GPs, doctors, pharmacists, nurses, midwives, NHS 111 advisers and social care staff will all be able to request help for at-risk patients through a call centre run by the Royal Voluntary Service, which will match people who need help with volunteers who live near them.

People can sign up to the service at www.goodsamapp.org/NHS.

Back in 2016 we sponsored a refugee family to come to Canada. Today, knowing that we’re self-isolating because of travel, they brought bags of food to my front porch. Beans, dates, noodles, lentils, tahini, veggies, meat, and candy for my kid. So kind… and I’m so grateful♥️??? pic.twitter.com/BksTcxl62y

After sponsoring a refugee family to move to Canada, one Vancouver Island resident found her kindness repaid when they brought her a food parcel while she was self-isolating.

Robin Stevenson, originally from Leeds, found herself having to stay inside after returning from Mexico in early March.

She then received a phone call from a Syrian family she had help migrate to North America in 2016, who now run a local grocery store.

Ms Stevenson, a children’s and young adults’ author, said: “They told me there was food on my porch. They waved from the sidewalk and said that they could bring more food in a few days if needed — though I think there is enough here that, even with a teenager in the house, we should be just fine.

“They are kind and incredibly generous people and we’ve become good friends over the past few years. It’s been lovely seeing the kids grow — the smallest was just a baby when they came here. I am sure we will always be connected.”

– Morale-boosting bagpiper vows to play by the rules

A man who has been playing the bagpipes in the street to cheer up people living in isolation due to the coronavirus outbreak has said he will carry on – if he is allowed to.

Harley Balmer-Howieson, 27, was filmed playing the pipes in Bishop Auckland, County Durham, over the weekend in a bid to keep up people’s morale.

But since the rules on going out were tightened, he has stopped.

He said: “I need to get some proper advice. I could class this as my exercise, but I don’t want to be breaking the rules.”

My son’s IT homework was to create a video to cheer up someone stuck at home. Ok, I’m biased but I think this is a work of genius. pic.twitter.com/ku3NCYuzAI

A 12-year-old boy has created a stop-motion animation to make those stuck indoors self-isolating smile.

Aaron Rich created the minute-long video, entitled The Sweet Thief, as part of his IT homework in around an hour and a half.

The clip was shared on his father’s Twitter handle @BenRich66 and quickly went viral — amassing more than 638,000 views in less than 24 hours.

Among those to praise the video was award-winning animator Peter Lord, co-founder of Aardman Animations, best known for its clay-animated films including Wallace And Gromit and Chicken Run.

He wrote: “That’s really great. And it works too.”

Aaron, from York, is hoping to create more movies, with the proceeds going to his local hospital.

Chefs, caterers and pubs are cooking and delivering meals for people who are struggling to get food as they isolate during the coronavirus pandemic.

Ayesha Pakravan-Ovey, who set up her catering business The Plattery six months ago, is cooking and delivering up to 20 meals a day for people stuck indoors, mainly in south-west London.

She is based in Battersea, but has also visited an elderly grandmother in Slough, Berkshire, and travelled to North Finchley to a man who had not eaten a hot meal in two weeks.

She used 10% of her profits in February and money from her own pocket to start the process, while a GoFundMe page set up on Sunday has had more than £3,000 donated by people as far away as America.

She told the PA news agency: “Knowing that people were hungry was just not something I was OK with,” and she is giving people at least six meals so they will have a supply throughout the week.