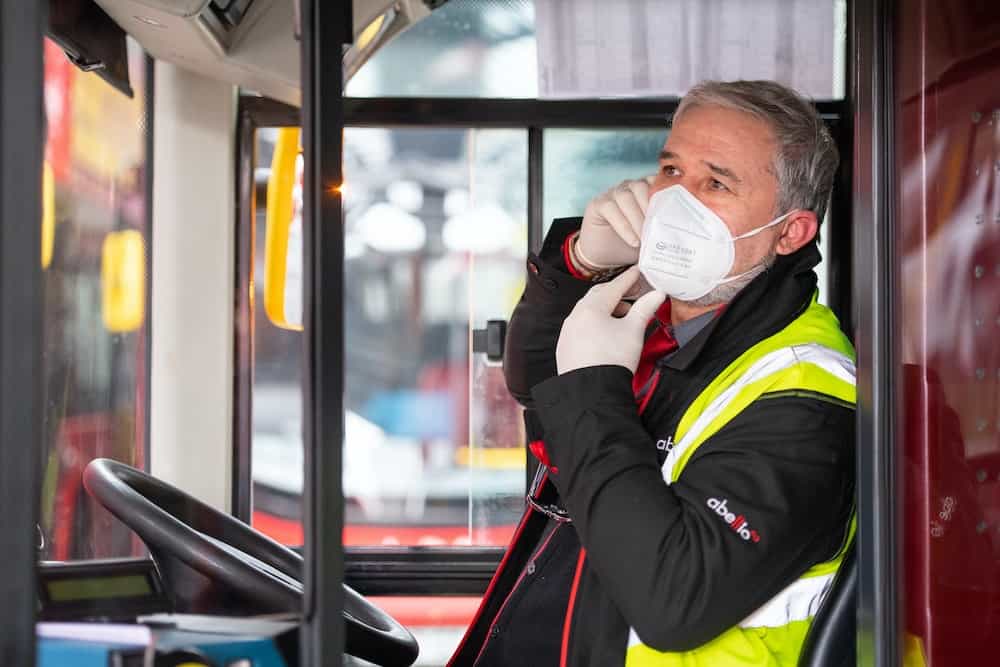 Data published by the Office for National Statistics (ONS) on Monday, suggests that male carers, bus drivers, security guards, chefs and retail assistants have higher rates of death involving the disease than other workers.

Researchers also found that people working in social care, including care workers and home carers, have “significantly” higher death rates involving Covid-19 than the working population as a whole.

The figures come as the Government unveiled its conditional plan to ease lockdown measures, which includes asking those who cannot work from home to travel to work if their workplace is open from Wednesday.

Detailed “Covid-19 Secure” guidelines for how businesses can reduce the risk of infection among their workforce is due to be published this week.

The Government said sectors that are allowed to open under the first step of easing lockdown include food production, construction, manufacturing, logistics, distribution and scientific research in laboratories.

But TUC general secretary Frances O’Grady claimed the ONS figures showed the Government was “failing on workplace safety – with horrific consequences for our lowest-paid and most precarious workers”.

She said ministers should introduce and enforce “tough new rules on workplace safety”, adding: “This can’t wait any longer. Workers’ lives are on the line.”

Labour’s shadow health secretary Jonathan Ashworth said the data was “a devastating confirmation that Covid-19 thrives on inequality and that those in low paid, insecure work have been left exposed and vulnerable”.

He added: “Everyone must be protected properly from this horrific virus. Ordering people back to work without proper protection puts them and everyone else at risk.”

Dr Michael Head, senior research fellow in global health at the University of Southampton, said new workplace guidance had to “provide extensive detail on how each sector is expected to manage their staff and working environments”.

“Employers and employees need that reassurance,” he said.

Meanwhile Prof Neil Pearce, professor of epidemiology and biostatistics at the London School of Hygiene and Tropical Medicine, said the ONS report emphasised that “we need to look beyond health and social care, and that there is a broad range of occupations which may be at risk from Covid-19”.

“These are many of the same occupations that are now being urged to return to work, in some instances without proper safety measures and PPE (personal protective equipment) being in place,” he added.

The ONS data suggested that men working in several occupations had raised rates of deaths involving Covid-19 when compared with people of the same age and sex in England and Wales.

The figures are based on an analysis of the 2,494 registered deaths involving coronavirus among workers aged 20 to 64 in England and Wales up to and including April 20.

The new figures also revealed that healthcare workers, including doctors and nurses, were not found to have higher rates of death involving Covid-19 when compared with the equivalent figures for people of the same age and sex in the general population.

John Phillips, acting general secretary of the GMB union, said the figures were “horrifying” and called for a pause on return to work until guidelines were in place.

“If you are low-paid and working through the Covid-19 crisis, you are more likely to die – that’s how stark these figures are,” he said.

A Department of Health and Social Care (DHSC) spokesman said the death of any health worker was “a tragedy”.

He said the Government was working to ensure it had a “comprehensive picture” of the number of deaths among social care workers and to provide support to affected sector providers and families.

The ONS said its analysis, which could change as more deaths are registered, “does not prove conclusively that the observed rates of death involving Covid-19 are necessarily caused by differences in occupational exposure”.

It said the researchers had adjusted the data for age, but not for other factors such as ethnic group or place of residence.