Under 100 arrested for arriving ‘illegally’ under new laws

The Act is one of multiple methods the government says it is using to curb levels of migration to the UK, but doesn't seem to be working. 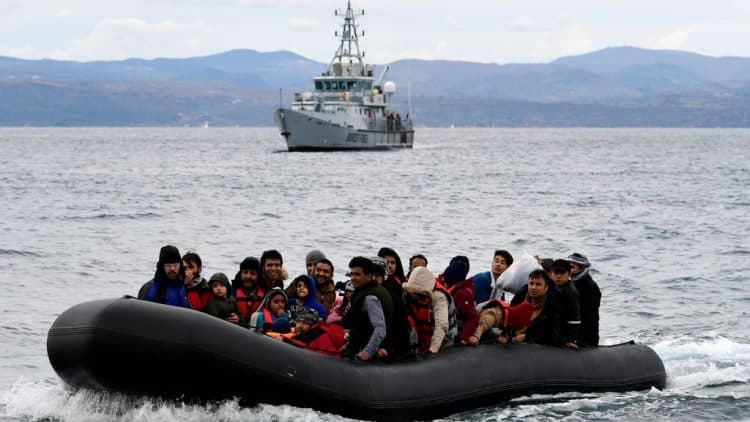 Fewer than 100 people have been arrested for arriving illegally in the UK under new legislation designed to deter small boats from crossing the Channel.

Figures released to the BBC after a freedom of information request show 96 people were arrested between June 28 when the Nationality and Borders Act came into force and mid-November.

A Home Office spokesperson said a further 180 people had been arrested for other offences under the same Act.

They said: “Our Nationality and Borders Act is beginning to break through this exploitative business model, with more than 280 people already arrested since it became law.

“The figures referenced only detail those arrested for illegal arrival not illegal entry or anyone arrested for a breach of a deportation order under the new Act.”

Conviction of any offence within the Act could result in up to a year in prison while pilots of small boats could be sentenced for life.

Home Office figures show that at the time of the BBC’s request in mid-November, 0.3% of the 29,400 arrivals since June 28 had been detained for coming to the UK illegally.

Of those 96 who were arrested, 78 were later charged and 56 have been convicted.

The Act is one of multiple methods the government says it is using to curb levels of migration to the UK.

It said French authorities have prevented more than 31,500 crossings this year and that a Joint Intelligence Cell has broken 59 organised crime groups since July 2020.

The government also wants to deport illegal migrants to Rwanda but has faced strong opposition from human rights lawyers and refugee support groups.

Tim Naor Hilton, chief executive of Refugee Action, said the Home Office’s own research has shown that creating a hostile environment does not deter people coming to the UK and that a lack of available legal routes only forces people into making more dangerous journeys.

He said: “Laws criminalising people who arrive here to claim asylum are unconscionable.

“Home Office officials told ministers in 2020 that hostile deterrence policies wouldn’t stop people risking their lives in the Channel – but they ploughed on with their cruel anti-refugee Borders Act anyway.

“People will continue to risk – and lose – their lives off our coast unless the Government scraps its anti-refugee laws and creates new safe routes to travel to the UK to claim asylum.”