The British wife of a Ukrainian-born woman said the visa scheme took away the humanity of her relatives. 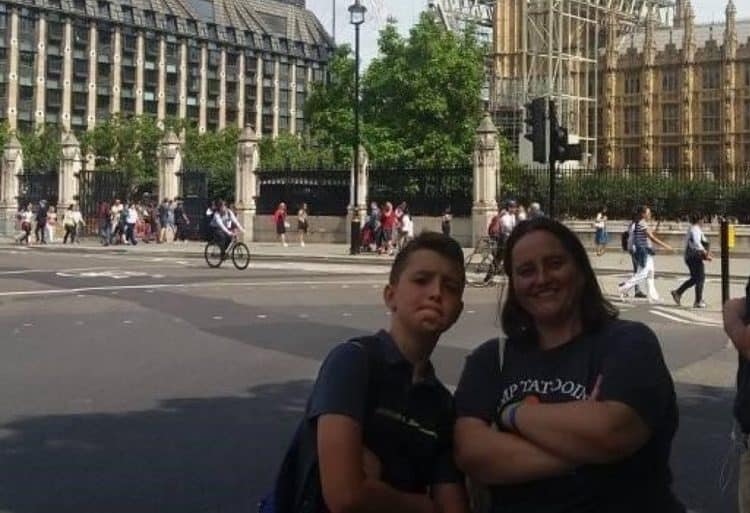 The British wife of a Ukrainian-born woman has said the UK’s visa scheme “completely took away the humanity” of her relatives fleeing the conflict and included a four-year-old being asked: “Are you a terrorist?”

Emily Radford, from Sheffield, said her wife of 14 years, whose name she did not want included, was born and grew up in Kyiv but has held British citizenship since 2011.

She has been living in Poland for more than three weeks with her cousin and her cousin’s children while they await the outcome of their visa applications through the Ukraine Family Scheme.

Ms Radford, 39, stayed at home in Sheffield but helped the group through the application process which states you are eligible for a UK visa if you are joining a UK-based family member.

“Three weeks for the family visa – these are people with connections… there is even a family member who has gone to fetch them.

The group, which includes four children aged 17, 12, eight and four, had their visas approved on Wednesday, having made the applications in Warsaw more than three weeks ago.

“They’ve treated what are primarily women and children as threats first rather than people to help,” Ms Radford said.

“Why are you asking those questions?”

“But it’s women and kids… I had to answer for a four-year-old: ‘Are you a terrorist? Have you ever been in the armed forces?’

“Why are you asking those questions? It should literally just be: ‘Are you a child? Who is your mum? OK, we’ll sort you out when you’re here and we can have questions with you then if we need to.’”

They have been staying in various hostels across Poland since Ms Radford’s wife went to collect them from eastern Kyiv on Friday March 11.

“It’s just been a very long and confusing journey, the only concrete information we’ve had has been from volunteers,” Ms Radford said.

“I know they haven’t got passports but we’re talking about one adult and kids… They aren’t a security threat, it’s a four-year-old boy and eight-year-old girl.”

Ms Radford also explained how the experience has been for the group waiting on the outcome of their visa applications.

“The past week has been the worst for them, being bounced from accommodation to accommodation, not knowing how long they’re going to be there,” she said.

“Just something simple, like the kids have got nothing to do… That’s really hard, when you’re staying in one room.

“They’re pretty sick of each other… I think the choice of making a visa programme is bringing order to chaos but it completely took away the humanity of everyone.”

“The Polish people have been wonderful”

She also spoke of what her wife has made of the last three weeks.

“She said that the Polish people have been wonderful, but as soon as she interacted with British bureaucracy, she felt terrible, which is really hard for me to hear as a British person.”

Ms Radford said it has been “hard to imagine” the reality of war in Ukraine.

“I think it’s just so hard for us Brits to imagine,” she said.

“I’ve been to Kyiv quite a few times, it’s been a few years… I can’t say there’s any place that I’ve recognised being bombed.

“But you know, I know what they are, I know where they are… There’s a lot of anger that it could be happening.”

Ms Radford hopes her Ukrainian relatives will be able to fly to the UK on Friday, where they will join herself and her wife in Sheffield.

More than four million refugees have fled Ukraine since Russia launched its war, according to the UN refugee agency.

Asked for a response to Ms Radford’s claims, a Government spokesperson said: “We are moving as quickly as possible to ensure that those fleeing Ukraine can find safety in the UK through the Ukraine Family Scheme and Homes for Ukraine.

“We continue to speed up visa processing across both schemes, with 25,500 visas issued in the last three weeks alone and thousands more expected to come through these uncapped routes.

“While we have streamlined the process, simplified our forms and boosted case worker numbers, vital security checks are needed to protect our borders and the British people from hostile state actors from Russia who would cynically take advantage of the support we are rightly providing to people fleeing Ukraine.”