“The whole thing is stupid and pointless," one business owner at London's Borough Market has said. 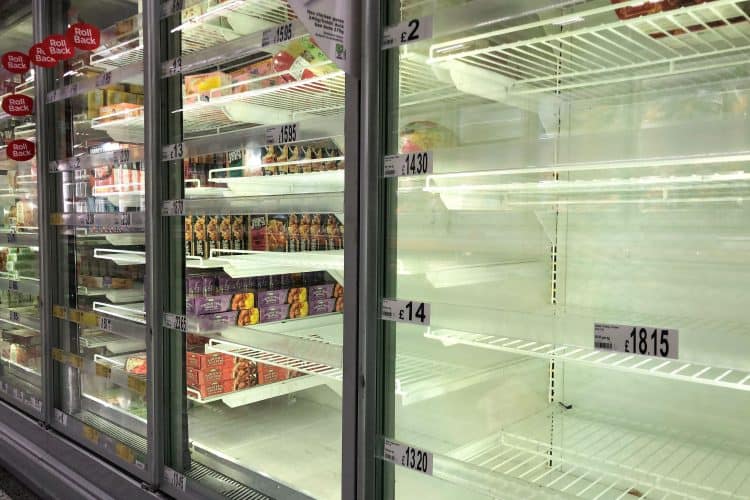 There will be less food options and higher prices because of Brexit bureaucracy, retail industry representatives have warned.

The warning comes as EU suppliers are persistently avoiding the UK because of red tape which was enforced on 1 January.

This made specialist food shops worry that their businesses will no longer be viable when further checks are introduced in July, The Independent has reported.

Klaus Kuhnke, owner of German Deli at London’s Borough Market, warned that his business, which he has had for the past 23 years, is now facing long delays and twice the costs post-Brexit.

He told the newspaper that a pack of yeast which he would sell for a couple of pounds is now charged £5 on the UK side and €5 on the EU side.

He said: “I can’t stock that product anymore. Where’s my margin? I’m paying more for the administration than the product itself.

“The whole thing is stupid and pointless.

“My fear is that I won’t have a viable business anymore.”

The business owner thinks that the July checks will mean he will have to give up a third of the stock he used to sell before the Brexit red tape kicked in.

‘Export rules have been terminal’

In addition, the logistics company he has collaborated with for two decades told him they would no longer help transporting his products because it isn’t worth the hassle.

And two of his suppliers said they would no longer send products to Britain because they “cannot be bothered to fill in the additional paperwork.”

“As a small business, we are just hoping that the big boys kick up such a fuss that things are fixed.”

“The same may happen under the new UK import controls brought in this year. Some EU businesses may decide there are just easier places to do business than the UK,” he said.

This month, some food imports have to be registered on an IPAFFS system, which has experienced issues and is not fully operational.

Couriers transporting to the EU have also become victims of the additional bureaucracy because of the new GVMS system introduced at the UK port.

Even a few minutes more at the Dover border can create huge queues of lorries and add up to the higher prices.

According to the Cold Chain Federation, which represents refrigerated lorry companies, existent problems could worsen because the new system has not been thoroughly tested yet.