The increase was found to have cost taxpayers around £10 billion, for those who are still counting. 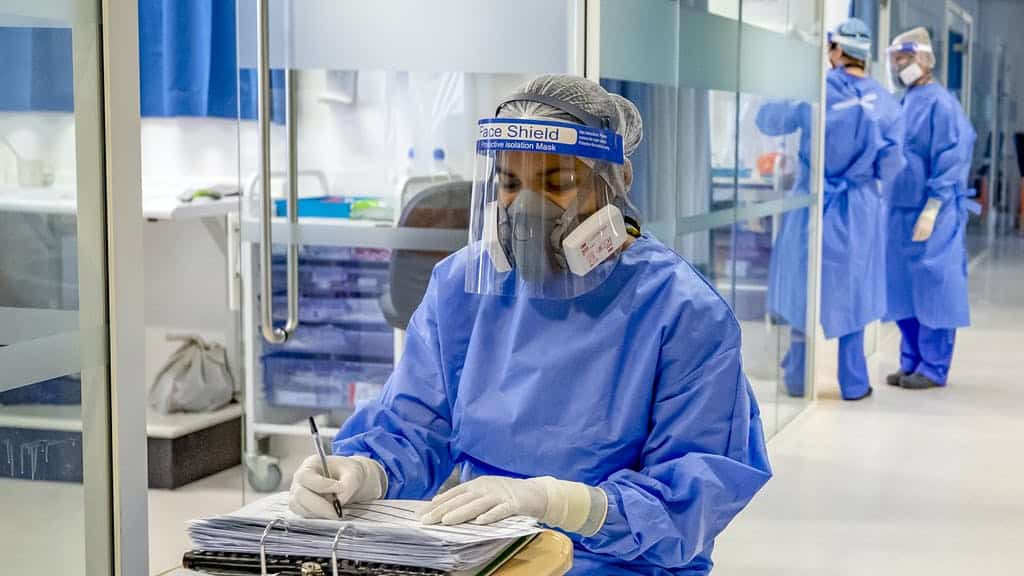 The UK spent £10 billion extra in inflated prices for pandemic-battling personal protective equipment due to an “inadequate” stockpile and a surge in global demand, a report has concluded.

Procurement chiefs at the Department for Health and Social Care (DHSC) faced inflated prices for safety kit, paying 1,300 per cent more for some items compared with 2019 prices during the first wave of the coronavirus pandemic, the National Audit Office (NAO) said.

In its report published on Wednesday, the NAO noted that providers made a “huge effort” to boost personal protective equipment (PPE) supplies as they realised that the country’s stockpiles, which were geared up for a flu-style pandemic, would not be sufficient.

But, with the impact of the pandemic already starting to be felt across the world by early spring, officials paid “very high prices given the very unusual market conditions”, the report said.

The findings come only a week after the Government spending watchdog found there was a “high-priority lane” established for PPE suppliers referred to the procurement team by officials, ministers’ offices, MPs, peers and senior NHS staff, with about one in 10 companies going through this route getting a contract, compared with one in 100 for those in the “ordinary lane”.

“Once it recognised the gravity of the situation … the price of PPE increased dramatically, and that alone has cost the taxpayer around £10 billion.”

Meg Hillier, chairwoman of the Commons Public Accounts Committee, accused ministers of being “far too slow” to respond and said they were left paying “through the roof” for the frontline equipment.

“The pandemic caught the NHS on the wrong foot. The national stockpile was nowhere near big enough for a coronavirus outbreak – a consequence of the pandemic plans’ fixation on influenza,” the Labour MP said.

“The Government was far too slow to recognise how precarious the position was. When the penny finally dropped, DHSC had to scramble to buy what was left as prices went through the roof.”

We are publishing an ongoing series of reports on the government’s #COVID19 response.

Find our latest reports and work in progress on our website ⬇️ https://t.co/bcjFPuUwCL

The NAO report noted that, between February and July, DHSC spent £12.5 billion on 32 billion items of PPE, with huge increases in the price paid compared with 2019 due to the global surge in demand and restrictions on exports in some countries.

This ranged from a 166 per cent rise in the cost of respirator masks to a 1,310 per cent increase in the price of body bags.

The auditor concluded that, had the Government been able to buy PPE at 2019 prices, expenditure to July 2020 would have been £2.5 billion – £10 billion less than it paid.

The last-ditch efforts also meant that, by the time the PPE was ordered, it did not arrive in time for the first wave, with action now being taken to stockpile Covid-style gear for future use by NHS and social care staff.

Of the 32 billion items of PPE procured between February and July, only 2.6 billion items were delivered to frontline organisations in that period, the NAO said, with demand so high in April and May that stock levels were “negligible” for most types of protection.

Shadow health minister Justin Madders said: “This report confirms that frontline workers didn’t have access to adequate PPE early on in the pandemic, putting them at unnecessary risk.

“There is no doubt that a significant reason for the shortage was the Government’s failure to prepare properly and take on board warnings about PPE stockpiles.”

The findings come as the Public Accounts Committee concluded, in a report also published on Wednesday, that ministers “lost a crucial month” when dealing with the shortage of ventilators to deal with Covid-19 due to being “underprepared” and reacting slowly.

Related: “Tonight, we made history”: Scotland votes unanimously to provide free period products for all