“The (UK Government’s) Rwanda initiative did not go down very well in Paris." 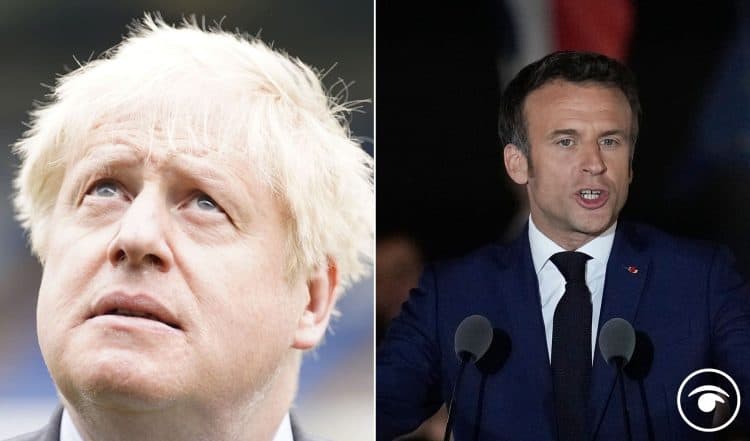 Emmanuel Macron’s re-election presents an opportunity to reset Franco-British relations but this is unlikely to be high on the French president’s agenda, experts have said.

With Mr Macron no longer seeking votes from supporters of far-right candidate Marine Le Pen, the UK Government will hope for a more constructive relationship with Paris when dealing with issues such as post-Brexit fishing rights and migrants crossing the Channel in small boats.

Downing Street has said Britain expects to continue enjoying a “good relationship” with France and will “continue to discuss with them some of the key issues – the shared issues that we have”.

But Joel Reland, a researcher at the UK In A Changing Europe think tank, said Mr Macron is more likely to be focused on reforming the EU rather than improving relations with the UK.

He said: “He is the kind of politician that wants to leave a legacy. He will want to leave office in five years’ time with something tangible in the fabric of Europe that he can point to.”

He said: “At the moment, it is not top of his list. Macron is in a strong position, he has been re-elected and he cannot stand again under the French constitution.

“Even though the country is divided, he has that extra degree of freedom to do what he wants. So he will be helpful (to the UK), but it is not a priority at the moment.”

He added: “What one should not think is going to happen anytime soon from a British point of view is that he is not going to suddenly become much more helpful on sending back asylum seekers and refugees. That cannot happen immediately.

“The (UK Government’s) Rwanda initiative did not go down very well in Paris, so we need a reset on both sides.”

Sophia Gaston, director of the British Foreign Policy Group think tank, suggested Mr Macron’s tougher stance towards the UK had not been wholly due to the threat from Ms Le Pen, and was part of his desire to restore “prestige” to France.

She said: “He believes it is existential to France and the French people that there’s a really strong sense of civic identity and national identity, and the president is standing up for their interests.”

Experts agree that any reset will have to be accompanied by movement from the British side, with Ms Gaston saying the UK will have to move first and Mr Harley saying it will require a change in Government policy towards the whole of Europe.

He said: “The diplomats in the UK, their hands are tied by the lack of a clear policy towards France, apart from complaints that they won’t take back immigrants who try to cross the Channel.

“We need a new attitude and a new outlook and it is hard to see that coming from the current Prime Minister.”

On a local election campaign trip to Bury, Boris Johnson told reporters: “It’s not right for friendly governments to comment on elections in neighbouring countries, but what I can certainly say is that it is very, very important that Emmanuel and I have been able to work closely together on Ukraine over the last few weeks and months.

“We share a very common, very similar perspective and the unity of the West, the unity of Nato, has been absolutely vital for the stance we’ve taken against (Russian President Vladimir) Putin, and that will now continue and I’m very, very reassured by that.”

Mr Harley said there is a “good chance” of more co-operation between London and Paris on security and defence issues, but France will need more time to “get over” the Aukus pact which saw Australia ditch a French submarine deal in favour of an agreement with the UK and US.