The UK Government stands to make more than £5million in profit by charging children who have fled from the terror of war-torn Syria for British citizenship applications, new research shows. Around 8,789 youngsters who have escaped the conflict in Syria have arrived in the UK since January 2014 under the Vulnerable Persons Resettlement Scheme (VPRS) […] 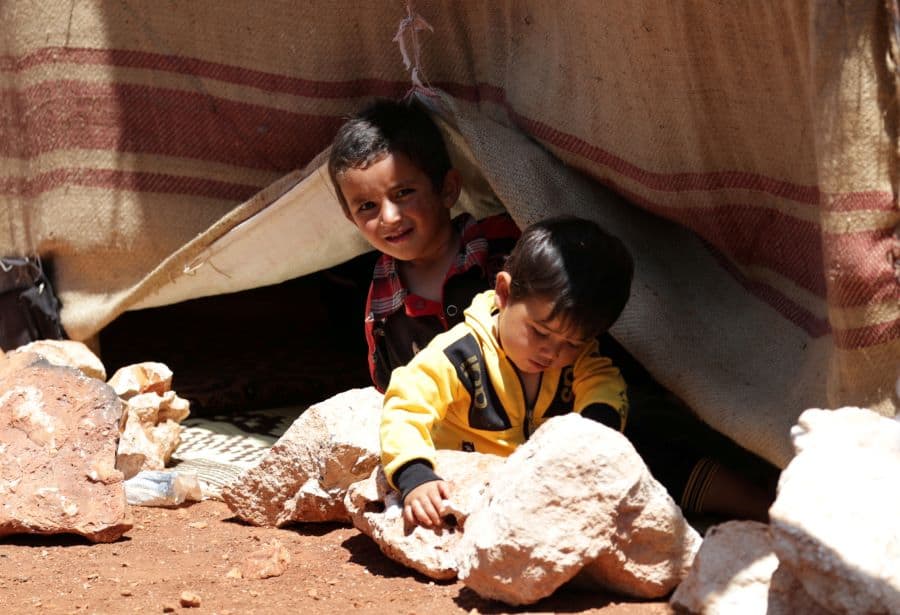 The UK Government stands to make more than £5million in profit by charging children who have fled from the terror of war-torn Syria for British citizenship applications, new research shows.

Around 8,789 youngsters who have escaped the conflict in Syria have arrived in the UK since January 2014 under the Vulnerable Persons Resettlement Scheme (VPRS) and the Vulnerable Children Scheme (VCS).

Currently, those who have made it to the UK are waiting for the required six-year term, which they must endure without access to most benefits before they can apply for full citizenship.

But from next year the first arrivals will be able to register to become British.

With that influx of applications looming, the Home Office is set for huge windfall due to the profit it makes on these forms.

The UK charges the highest fees of any major economy in Europe with Under-18s forced to pay £1,012 just to apply plus £19.20 to provide biometric information and £80 to attend a citizenship ceremony if a child turns 18 during the application process.

If the application is refused, applicants are not refunded. If children want to re-apply for citizenship, they must pay the fee again.

But the cost of processing the application is just £372, meaning the Home Office makes £640 profit from each child that applies.

Latest Home Office figures from March 2019 reveal if every one of the 8,789 kids applies for citizenship the government will make £5,624,960 profit whether they are successful or not.

The £1,012 figure dwarfs other major European economies which process child applications either for free or for a tiny fraction of the fee. In Luxembourg and Denmark it is free for a child to become a citizen while Belgium and France do not charge state fees although there are minor local fees. And In Germany the cost ranges from £45 to £227.

It has also increased 51% in the last five years – during which time Theresa May’s Home Office instigated a “hostile environment” policy to drive immigration numbers down.

After a further year, those who meet the strict eligibility criteria would be able to apply for citizenship.

Being denied citizenship affects people in a number of ways. You do not have the right to vote without it and access to further education is severely limited as you must pay higher international student fees for the university while being ineligible for student loans.

You also face your leave to remain being withdrawn if you stay away from the UK for longer than two years, British citizenship is for life. Official government figures show by March 2019 some 8,789 children had arrived under the VPRS and VCS schemes – set up in 2014 to help families fleeing Syria. The first arrivals could be eligible to apply for citizenship from next year.

The figures were compiled by the International Observatory of Human Rights, whose #ChildrenNotProfit is calling for government to waive the fees of citizenship applications for all children.

IOHR Director Valerie Peay said: “Let’s be clear. Unlike any other EU country, the UK government is choosing to profit £640 on every child who is entitled to apply for British citizenship. This action puts huge pressure on families.  It can impact a child’s right to education support, the right to vote, freedom to travel and cause psychological damage when they find out they are not the same as their classmates.

“At IOHR we have done a lot of work to support Syrian refugees. By next year, those who came through the vulnerable persons relocation scheme in 2014 will be eligible to apply for British citizenship. It can’t be right that a family with 3 kids will be expected to pay out £5448 to try and secure a safe future, with nothing guaranteed at the end of the process.

“Rather than driving families into debt to make a profit, we are calling on the UK government to stop this practice and join the rest of the EU in their approach to humanitarian support.”