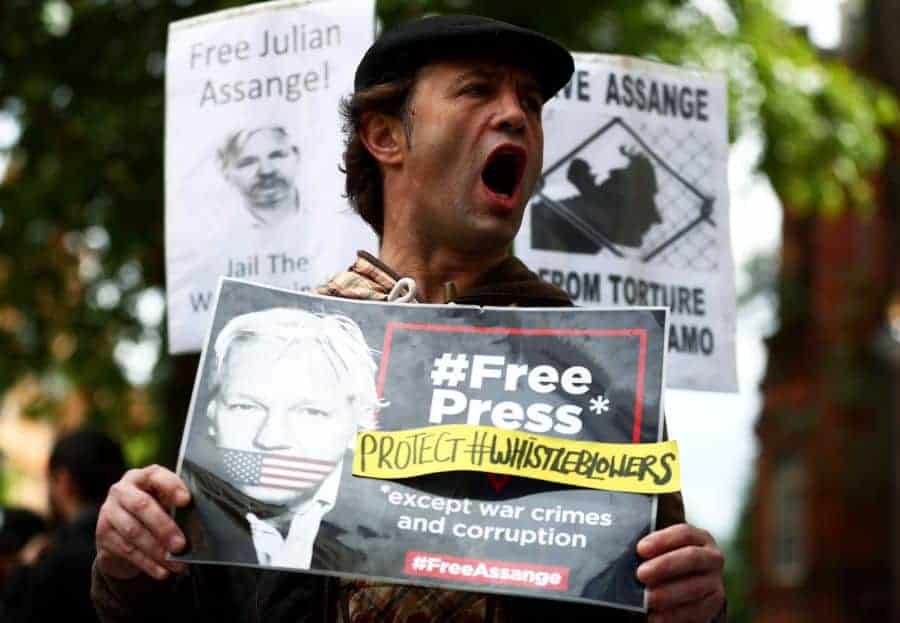 The full extradition hearing to decide whether Wikileaks founder Julian Assange should be sent to the United States to face accusations including spying charges will take place in February next year, a London court ruled on Friday.

Assange, 47, is accused by U.S. authorities of 18 charges including conspiring to hack U.S. government computers and violating an espionage law.

He is currently in a London prison after being jailed for 50 weeks for skipping bail after fleeing to the Ecuadorean embassy seven years ago to avoid extradition to Sweden for questioning in a sexual assault investigation.

Assange, dressed in a grey T-shirt and wearing black-framed glasses, appeared by videolink for the short hearing at Westminster Magistrates’ Court.

As Ben Brandon, the lawyer representing the United States, ran through a summary of the accusations against him including that he had cracked a U.S. defence network password, Assange said: “I didn’t break any password whatsoever”.