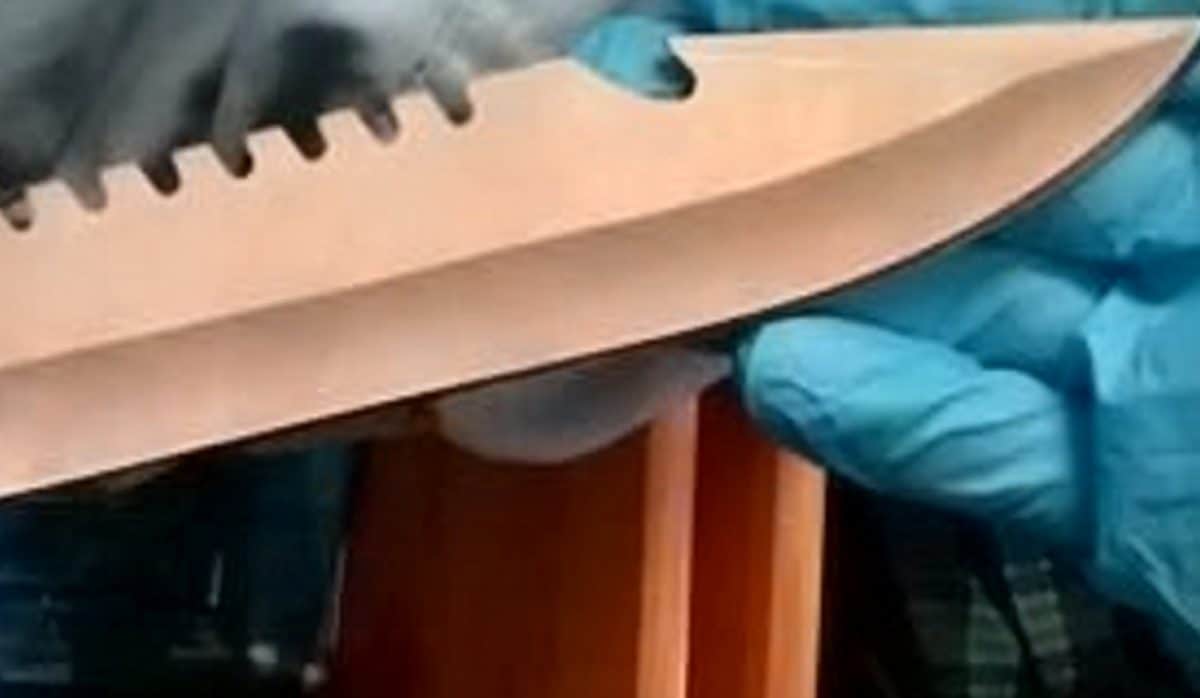 Two teenagers have been charged with going on a two-day moped mugging spree robbing estate agents, cafe customers and phone users with a deadly hunting knife.

A 15-year-old and Frankie Batchelor, 18, were charged after phones and a laptop were stolen in Southwark and The City last Thursday and Friday.

The pair are accused of first striking when they went into an estate agent near the Elephant and Castle on Thursday afternoon.

The staff were threatened staff the large knife which had serrated top blade before their phones were stolen.

The robbers then escaped on a moped and with a quarter of an hour entered a coffee shop near London’s Blackfriars in the City.

Again they threatened customers with the knife before snatching a laptop, it was said.

The next day are said to have carried out four moped muggings in Southwark when they managed to steal two phones.

But they were quickly traced down by Scotland Yard detectives from a unit specially set up to tackle criminals on mopeds within the hour.

The unit attracted criticism from the Shadow Home Secretary Diane Abbott over its tactic of knocking criminals off their mopeds.

He also faces two counts of using a vehicle without insurance, two counts of driving without a licence, aggravated vehicle taking and criminal damage.

He is also charged with breach of a criminal behaviour order, allowing to be carried on a stolen moped, and taking and driving away

Both were remanded into custody and will and will appear at Inner London Crown Court next month.