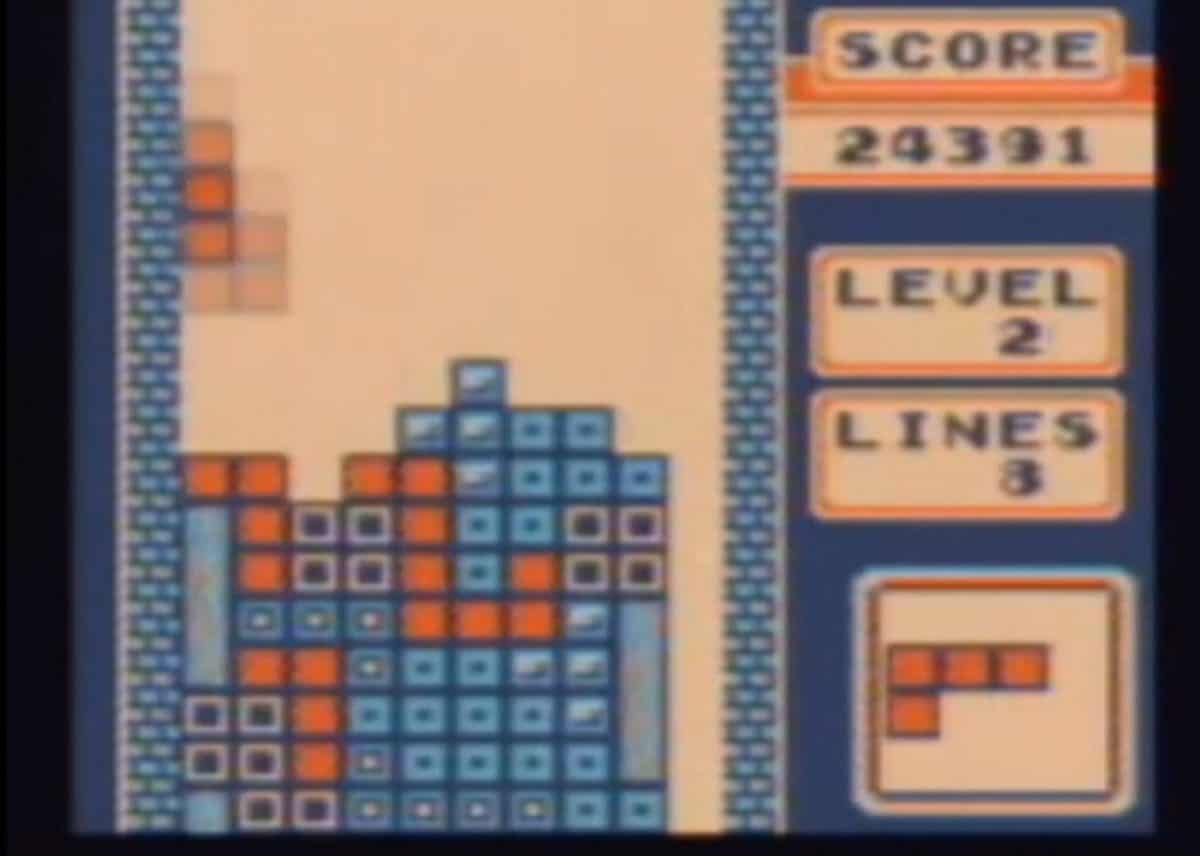 Just 25 minutes of playing the game a week, which involves fitting different shaped blocks together against the clock, reduced the frequency of involuntary flashbacks by 64 per cent.

The benefit was seen within days and the frequency of traumatic memories in the Tetris ‘intervention’ decreased at nearly six times the rate than conventional therapy alone.

Currently there is a lack of therapy places for PTSD inpatients and researchers hoped their findings could be developed into a way of self-treating for the condition.

PTSD symptoms include uncontrollable flashbacks of distressing events and it affects about one in three people following traumatic experiences such as road accidents, violent assaults and childhood neglect, according to the NHS.

The study involved 20 patients undergoing six to eight weeks of PTSD therapy at the Department of Psychosomatic Medicine and Psychotherapy at Ruhr-Universität Bochum in Germany.

It involved each patient writing down a detailed description of a particular flashback on a piece of paper every week.

They then tore the paper up without speaking about the trauma and played Tetris on a tablet for 25 minutes and kept a diary of their different PTSD flashbacks.

The researchers with colleagues at Karolinska Institutet in Sweden found Tetris therapy worked for 16 of the 20 patients.

Their flashbacks were reduced by an average of 64 percent – with the ones not targeted by the experimental therapy falling by just 11 per cent during their therapy.

The researchers believed the method works because playing Tetris uses a similar part of the brain as when PTSD sufferers visualise a stressful memory.

Consciously recalling the event in detail creates a temporarily unstable memory trace of the trauma in the brain.

Playing Tetris immediately afterwards interferes with the brain’s ability to store the memory trace back because both tasks require “comparable and limited resources” to process visuospatial images.

Professor Henrik Kessler at the LWL University Hospital Bochum said one of the most serious symptoms of PTSD is the involuntary recurrence of visual memories of traumatic experiences.

He said: “PTSD can be treated well using the therapies available.

“However, there are many more patients than therapy places.

“That’s why the researchers are looking for methods outside conventional treatments that can relieve the symptoms.”

The research followed ten years on from findings by Professor Emily Holmes at the Karolinska Institutet that Tetris can suppress flashbacks caused by horror films in healthy people when played shortly after watching the film.

Prof Kessler added: “In our study, the intervention was supervised by a team member, but he did not play an active role and did not read the written traumatic memories.

“Our hope is that we will be able to derive a treatment that people could perform on their own to help them cope, even if there are no places available for therapy.

“However, the intervention cannot replace complex trauma therapy, but can only alleviate a central symptom, flashbacks.”

The researchers warned the study was at a “very early stage” and further investigations using control conditions with a significantly larger number of patients were necessary to confirm the method’s effectiveness.

That research is now being conducted by the same team led by Prof Kessler and Dr Aram Kehyayan.

They are also investigating the exact mechanisms behind the effect in healthy people in experimental studies.

The study was published in the Journal of Consulting and Clinical Psychology.