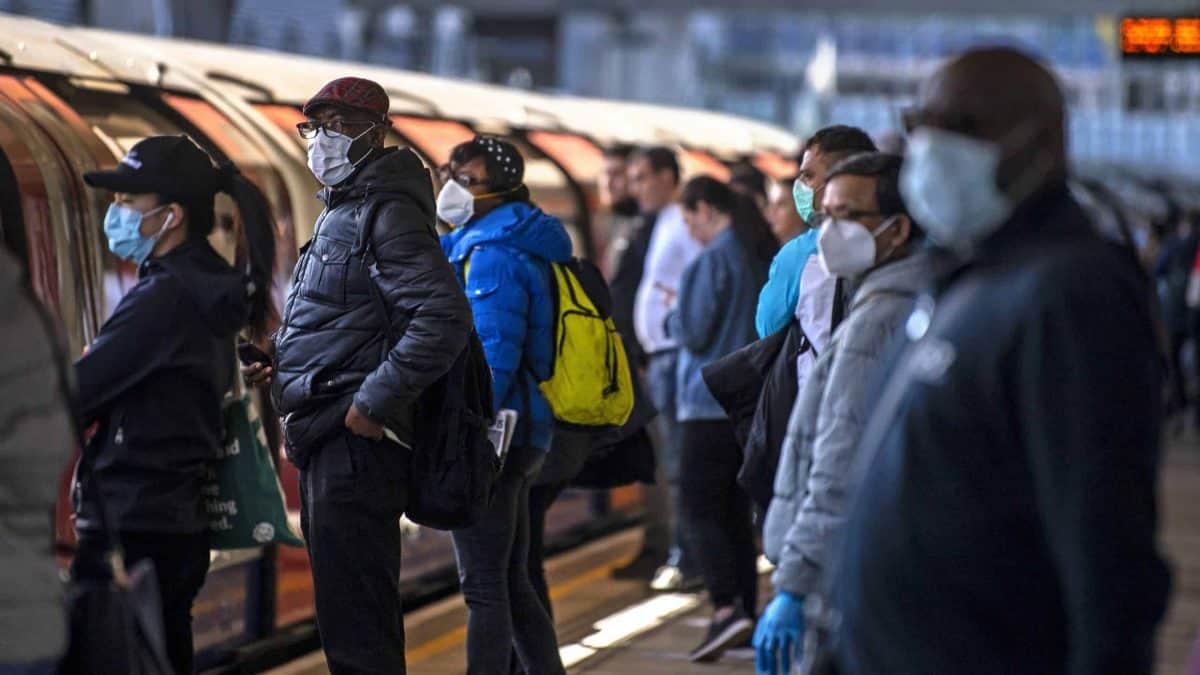 A list of Transport for London’s (TfL) 20 busiest stations has been published to help people avoid overcrowding hotspots.

The transport body issued the information as it urged people not to use its most popular stations during peak hours unless journeys are essential.

The list includes stations across the capital, such as Brixton, East Ham, North Acton and Walthamstow Central.

It will be regularly updated depending on journey patterns.

“Expect to queue to enter”

Passengers are warned they should “expect to queue to enter” some stations, as transport bosses attempt to allow two-metre social distancing “wherever possible”.

Those who arrive in central London at mainline stations are being asked to complete their journey by walking or cycling, rather than changing onto a Tube train or bus.

TfL said: “It will help keep everyone safe if you can travel outside these times.”

The capacity of Tube stations and trains will be constrained even once services are restored to full strength.

TfL services have been reduced in recent weeks due to the coronavirus pandemic, but it has pledged to return them to “as close to 100% as soon as possible” as part of its agreement with the Government for a £1.6 billion bailout.

Operations were ramped up on Monday, meaning TfL is running 75 per cent of Tube services, 85 per cent of bus services and 80 per cent of London Overground and Docklands Light Railway services.

Mayor of London Sadiq Khan said: “Even when services are running at the highest possible frequency, the need to maintain safe social distancing will dramatically reduce capacity on the Tube to just 13-15 per cent.

“We are making it safer for people who have no alternative but to use public transport by reopening stations, installing hand sanitiser points, introducing one-way systems and reminding people of the need to stay two metres apart.

“We are also making sure Londoners know which stations to avoid at what times.”

Mr Khan added that people should only use public transport “as a last resort”.

TfL plans to give central London “some of the largest car-free zones in a capital city”.

As part of its Streetspace programme, Waterloo Bridge and London Bridge may be restricted to pedestrians, cyclists and buses only.

Related: Experts: UK’s response to Covid-19 has been “too little, too late, too flawed”