Truss was also told: "when the French don't play ball we want to take our toys home?" 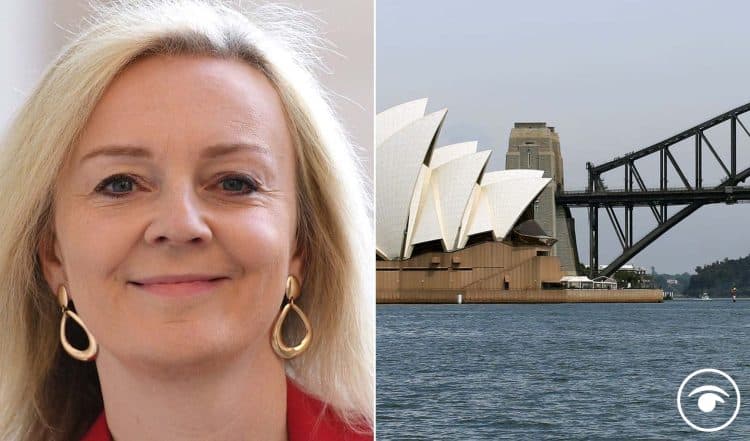 Liz Truss was on the warpath today and her frustration spilled over into her TV interview today over French fishing rights.

She also claimed a question over the Australia climate and trade deal was ‘fake news,’ but we will get to that later.

Kay Burley said: “Brandon Lewis said it was ok for the UK to break international law in a very limited & specific way, but when the French don’t play ball we want to take our toys home?

She said: “The deal hasn’t been done, the French have made completely unreasonable threats, including to the Channel Islands and to our fishing industry and they need to withdraw those threats, or else we will use the mechanisms of our trade agreement with the EU to take action.”

Truss continued: “I want to work with the French in a positive and constructive fashion and we have made that very clear.

“But we can’t do that when there are these threats hanging over us, our fishing industry and the Channel Islands.

“I’m not remotely happy about what has happened as you can hear me say.

“I want to see this situation resolved. These threats are unwarranted and they are not the actions we would expect of a friend and ally of the UK.”

Kay Burley then picked apart the UK’s trade deal with Australia, claiming an important detail had been left out.

Burley said: “During the trade deal you did actually when you were the international trade secretary, you agreed to take out any specific mentions of the Paris Accord Agreement goal.”

“So what is it?” Burley demanded to know.

Truss explained: “There is explicit mention of that agreement in our trade agreement and what’s more, the Australians have committed now to a mid-century net zero target.

“Of course there is more to do but we have seen great progress.”

“The biggest exporters of coal are from Australia,” interrupted the Sky News anchor.

This ‘fake news’ claim has already been debunked by Peter Stefanovic.

Have a watch and see if you think Truss told the truth?