RelatedPosts ‘Humiliating for Boris Johnson’ as Union unit to be replaced with new committee Lisa Nandy on fire as she takes down ‘ungradeable’ Williamson and calls out Hancock’s cronyism Keir Starmer’s worst enemy? Sian Berry on why Greens are mopping up Labour votes ‘Thank you everyone’ – Man leaves church after years in sanctuary to […] 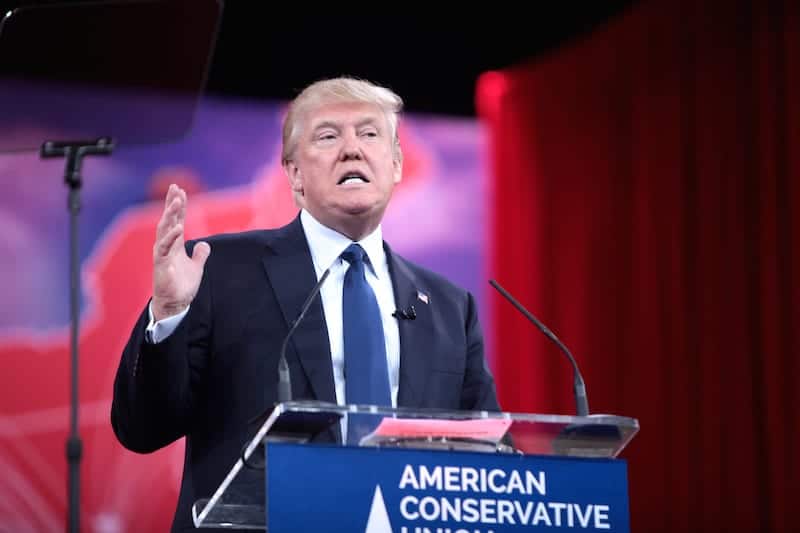 Controversial Republican politician Donald Trump has edged ahead of Hilary Clinton for the first time in the presidential race.

A Rasmussen Reports poll says Trump has support of 41 per cent of US voters compared to just 39 per cent for Clinton. It comes ahead of the Indiana primary where Trump could seal the deal to become the Republican candidate. According to estimates the real estate mogul is up 15 points over rival Ted Cruz, making it a near-certainty that he will lead the Republican campaign for presidency.

Very few people think he could go all the way and win in November, but the latest polls show that Clinton’s edge has been clawed back by Trump. Trump now has the support of 73 percent of Republicans, while 77 percent of Democrats back Clinton, the report states.

“But Trump picks up 15 percent of Democrats, while just eight percent of GOP voters prefer Clinton, given this matchup”.