One cop was known as "McRapey Raperson". 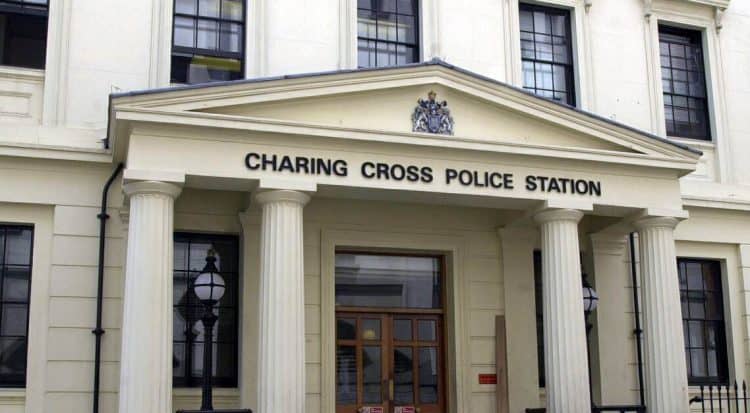 “Shocking” racist, sexist and homophobic messages exchanged by police officers have been published by a watchdog.

Details of messages from WhatsApp groups and a Facebook chat group including multiple references to rape, violence against women, racist and homophobic abuse were unveiled by the Independent Office for Police Conduct (IOPC) on Tuesday.

The watchdog took the unusual step of publishing the messages in full – despite the fact that much of the content is too offensive to print in mainstream news coverage – as it detailed the “disgraceful” behaviour of Metropolitan Police officers based in a now disbanded Westminster team between 2016 and 2018.

Nine are still serving with the force, while another is working as a contractor in a staff role.

As the shocking story emerged, The Times’ crime and security editor, Fiona Hamilton, posted a thread detailing the horrific behaviour of the officers based at the station in central London.

Here are the revelations in full:

“The Met apologises again. This time its really disturbing behaviour of officers at Charing Cross station where apparently messages about raping colleagues, killing black children + domestic violence were “jokes and banter”. One cop was known as the “mcrapey raperson”.

“Here’s a WhatsApp conversation between 2 officers: 1 – “I fucking need to take my bird out, won’t see her until next Saturday. Then I have to work. Promised to take her out the Friday after. Making it up to her from when I backhanded her” 2 – “Grab her by the pussy”’

1 – “You ever slapped your missus? It makes them love you more. Seriously since I did that she won’t leave me alone. Now I know why these daft c**ts are getting murdered by their spas**c boyfriends. Knock a bird about and she will love you. Human nature” 2 – “Lmao”

“Here’s how police referred to the public: “Just walked past the big mosque all the fanatics turn up at to radicalise the young muslims….” • “Some uniform or plain clothes work on Somalian rats… I battered one the other day…weighed less than [police officer’s name].”’

Here’s how police referred to their girlfriends Officer 1: “And my bird won’t stop taking the piss. Swear to got [sic] I’m going to smack her

This is the police force of Wayne Couzens.This is how an officer joked about getting a woman into bed: “Getting a woman in to bed is like spreading butter. It can be done with a bit of effort using a credit card, but it’s quicker and easier just to use a knife.”

How they talk about their girlfriends/wives: “Fuck knows what she’s on about I just wanna spuff on her” (about another cop’s gf] “Mate my Mrs is driving me mad – come and shag a baby into her it might shut her up bro .”

IOPC asked police why one cop was called a “mcrapey raperson”. It was because there were rumours he brought a woman back to the station for sex. One officer said it related to him “harassing them [women], getting on them, do you know what I mean being like, just a dick.”