An Afghan Police lieutenant has been called a hero after he prevented mass casualties by bear hugging a suicide bomber. Lt. Sayed Basam Pacha died after he heroically threw his arms around a terrorist in the country’s capital Kabul. Although he was unable to stop the suicide jacket exploding he did prevent the death toll from mounting. Fourteen […] 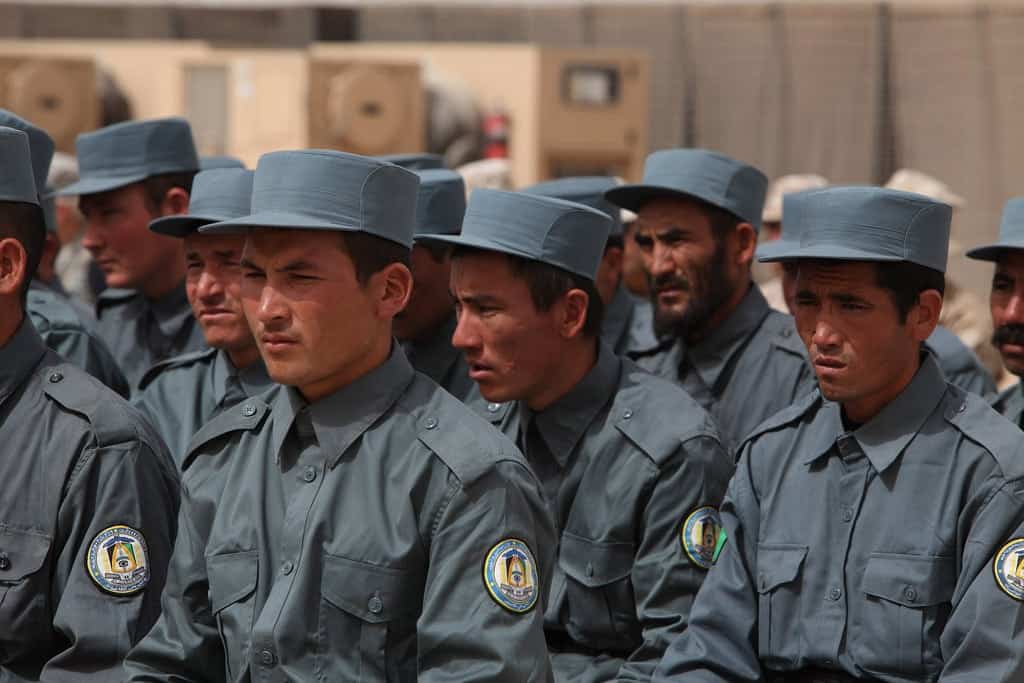 An Afghan Police lieutenant has been called a hero after he prevented mass casualties by bear hugging a suicide bomber.

Lt. Sayed Basam Pacha died after he heroically threw his arms around a terrorist in the country’s capital Kabul.

Although he was unable to stop the suicide jacket exploding he did prevent the death toll from mounting.

Fourteen people, including Lieutenant Pacha and seven other police officers as well as six civilians, were killed; 18 others were wounded, seven police and 11 civilians.

But there is little doubt the death toll would have been far higher without the lieutenant’s body blunting the blast, said Basir Mujahed, a police spokesman.

“He’s a hero, he saved many lives,” he said. “All seven of those policemen are heroes but especially him. Just think if that suicide attacker got past the gate, what would have happened — you cannot even imagine.”

I submit to you that this brothers actions truly exemplify the word HERO. SELF sacrifice with no hope of gain! Peaceful journey brother Sayed Basam Pacha! A Policeman’s Bear Hug Stops a Suicide Bomber From Killing More https://t.co/FvyTOvdL53

Speaking to the New York Times he said: “My son sacrificed himself to save other people.

“He had two bachelor degrees, one in political science and another one at the police academy.

“He studied five years in Turkey. He came back from Turkey a year and a half ago. He was 25 years old and he was single. He has three brothers and one sister. He and I are the only police in our family. He was a very sporty guy.”

A 25-year-old police officer who loved Afghanistan, hated corruption and wanted to change his country is remembered as a hero. Sayed Basam Pacha threw his arms around a suicide bomber to minimize the blast. https://t.co/5eN6AEwph8

Tributes to Basam Pacha have been pouring in on social media, with many pointing to the heroism of a lietenant who was destined for big things in his home country.

Sayed Najib Asil, a longtime friend and producer at Tolo Television, said: “He wanted to make changes here, he had an opportunity to leave and go live abroad, but he rejected it.

“He really hated corruption, and felt bad when people assumed that all policemen are corrupt.

“He had very big dreams for himself.

“He wanted to be a general like his father, and maybe one day a high ministry official.”