The travelling community is in “a state of panic” as Dublin’s councils seek to hire a full-time security company to evict families from private land, it has been warned. A joint tender document from the four local authorities was published on June 25 by Dublin City Council saying they are seeking a security firm to […] 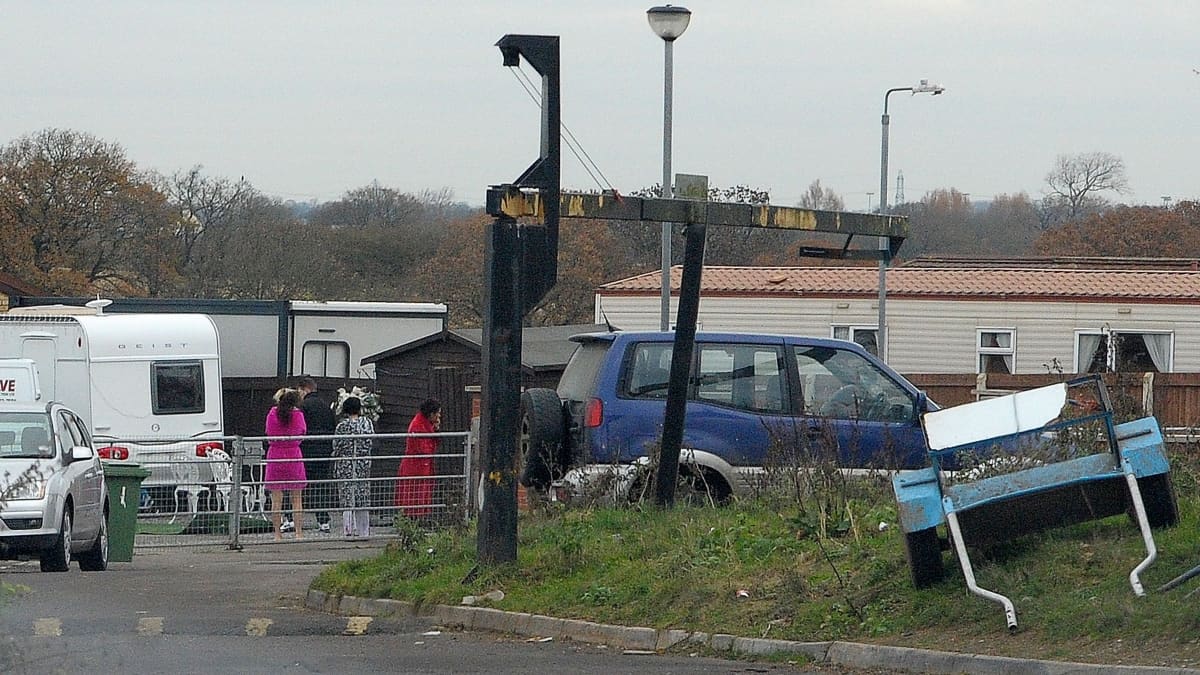 The travelling community is in “a state of panic” as Dublin’s councils seek to hire a full-time security company to evict families from private land, it has been warned.

A joint tender document from the four local authorities was published on June 25 by Dublin City Council saying they are seeking a security firm to help evict Travellers from sites around the county, seven days a week.

John Connors, actor and Travellers’ rights activist, said politicians who supported formal recognition for Travellers as a distinct ethnic group in 2017 are hypocrites for their silence on the issue, which could see thousands of travellers evicted during the worst homelessness crisis in the history of the state.

“Dublin has a lot of Travellers, we’re talking dozens and dozens of families. In Coolock alone we have around 300 altogether – that’s not even going into Fingal or other council areas. We could have thousands of Travellers evicted and where are they going to go?” he said.

“There is an absolute panic, a lot of Travellers are messaging me asking, ‘What’s going to happen to us? What are we going to do? What can you do?’

“Travellers have a young population, we have so many young kids.

“My family might not be evicted, we’ve been here 20 years, but what’s going to happen to other families? Where are they going to go?

Then taoiseach Enda Kenny announced formal recognition for Travellers as a distinct ethnic group in 2017, labelling the move “a historic day for our Travellers and a proud day for Ireland”.

Mr Connors said the status recognition was a hollow gesture as figures released in February showed that 10 local authorities in Ireland had failed to draw down any funding for Traveller accommodation last year, while 14 councils failed to use all of the allocated funding.

A recent report from the European Commission against Racism and Intolerance (ECRI) found that some Travellers were living in “deplorable conditions” in Ireland.

“Recognition is not worth the paper it’s printed on, a verbal gesture with no extra rights to preserve our culture,” Mr Connors said.

“The tender itself was hateful, it’s mindblowing, if it was any other minority there would be uproar.

“So many of us have already been broken up and moved away from families. Our culture is being destroyed.”

Travellers make up 9% of the homeless population in Ireland, but just 1% of the overall population.

“At present, in the middle of a housing crisis, the housing stock is not available to re-accommodate families if removed from Traveller sites.

“Councils across the country have not spent monies ring-fenced for Traveller accommodation through 2018, yet now the plan is to make them homeless.

“Enough is not being done to accommodate the travelling community as it is. This, in fact, is a form of social cleansing that will not be accepted.

“Travellers are more at risk of becoming homeless than other communities and we need to address that.

“I will be raising this immediately with the Council Traveller Accommodation Committee and working with John Connors and other stakeholders to address this issue.”