Thick black smoke is billowing from a Tottenham Hotspur warehouse and can been seen for miles across London. Twelve fire engines and 81 firefighters along with police officers were called to the industrial unit where a blaze has been raging for more than two-and-a-half hours this morning. Half of the ground floor, first floor and […] 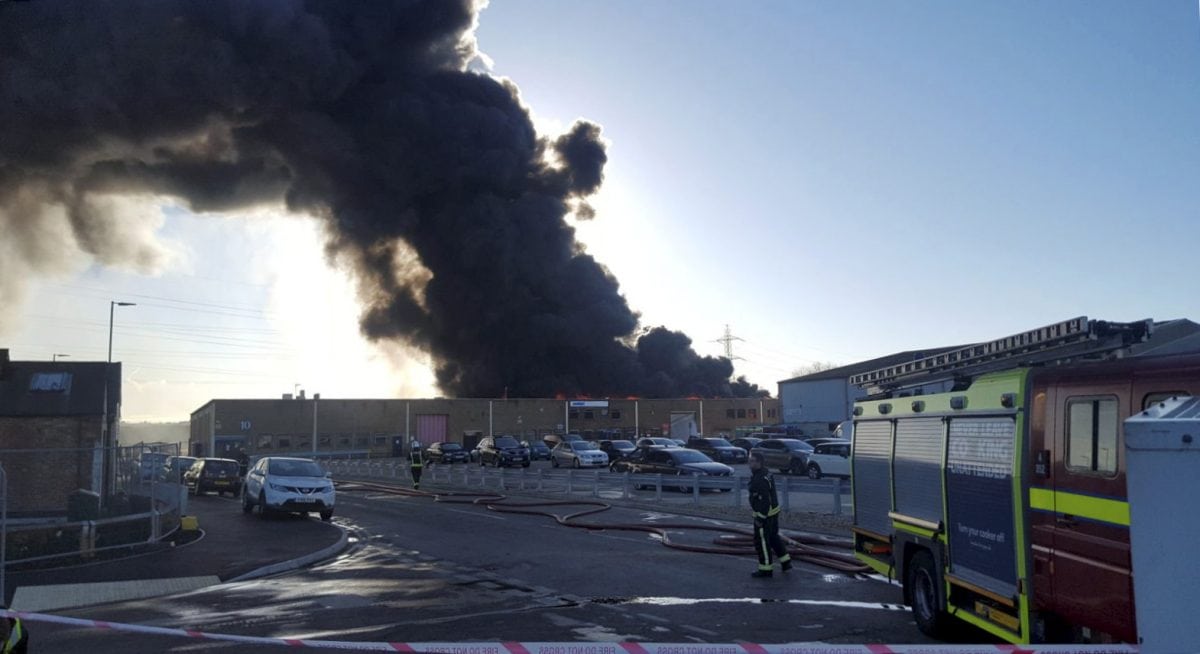 Thick black smoke is billowing from a Tottenham Hotspur warehouse and can been seen for miles across London.

Twelve fire engines and 81 firefighters along with police officers were called to the industrial unit where a blaze has been raging for more than two-and-a-half hours this morning.

Half of the ground floor, first floor and roof of the warehouse are currently alight, London Fire Brigade say.

Emergency services were called to the scene after flames and smoke were seen coming from Ponder End Industrial Park, Enfield, north London, where Spurs store their merchandise at 9.15am this morning.

Fire crews from Enfield, Chingford, Edmonton, Woodford and other neighbouring fire stations are currently at the scene battling the huge blaze.

Luke Gutteridge said the smoke could be seen miles from the site as the emergency services ariived. 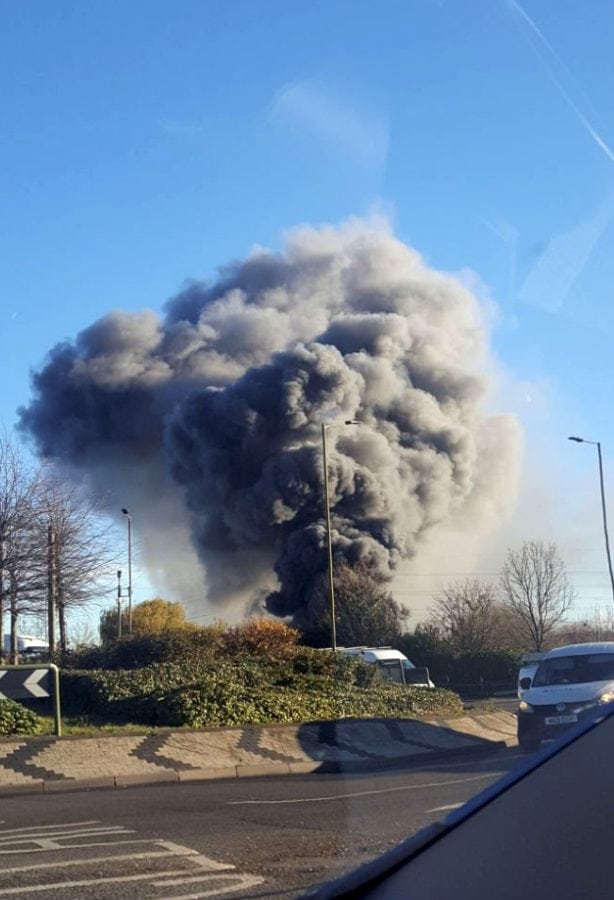 The 31-year-old said: “I heard the fire engines before I went past the building. At first I thought it was DFS, but as I got closer I could see it was the Spurs unit they use to store merchandise.

“It’s crazy, it can be seen from miles away. The wind isn’t helping as it’s blowing the flames and smoke further.

“There were lots of emergency services everywhere, about 13 or 14 ambulances, police cars, ambulance first responders, there was a police helicopter flying over head.

“Hopefully no one has been hurt, but the fire broke out so quickly, it looks pretty serious.

“I went around the corner about 500 meters away and I could still see the smoke. Over two hours after I went past at about 9.15 the fire was still going and roads are still closed.

“But when I went past at 9am there was no smoke it went from nothing to raging very quickly.” 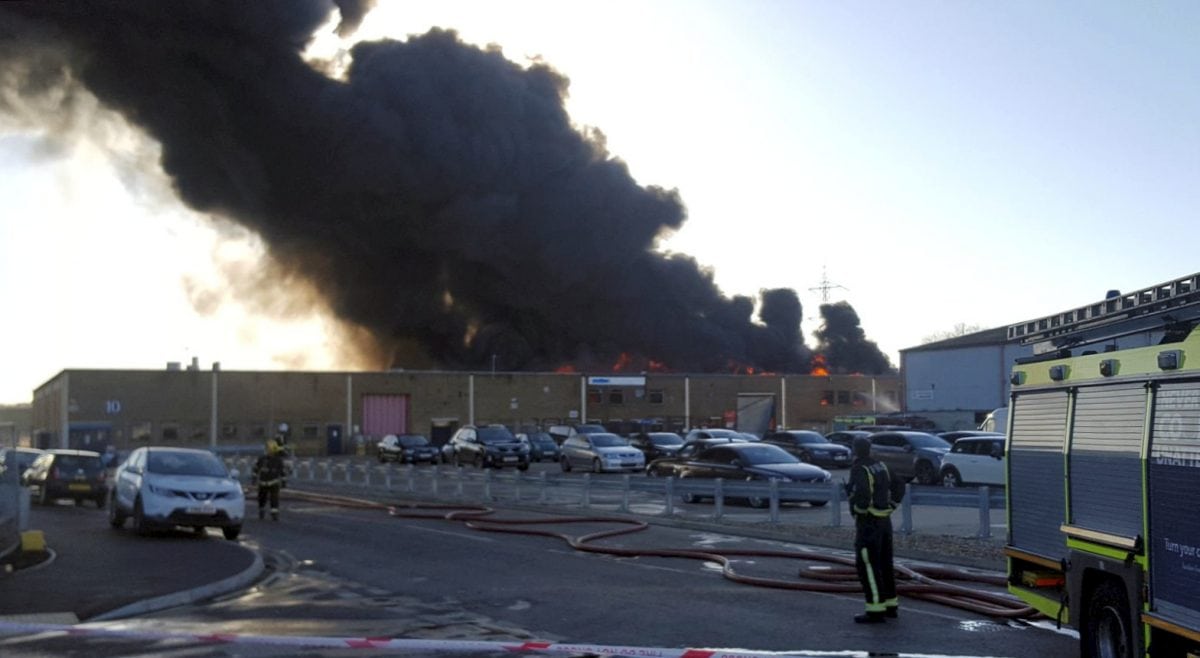 The cause of the fire is not just know or if anyone was injured.

A spokesman for LFB said: “Twelve fire engines and 81 firefighters and officers have been called to a fire at an industrial estate in East Duck Lees Lane in Ponders End.

“Half of the ground floor, first floor and roof of a warehouse are currently alight.

“The Brigade was called at 0913. Fire crews from Enfield, Chingford, Edmonton, Woodford, Tottenham, Southgate and other neighbouring fire stations are at the scene.

“The cause of the fire is not known at this stage.”