"Just say sorry for the mess", the Express says, while the Mail ran with a fresh sleaze exclusive. 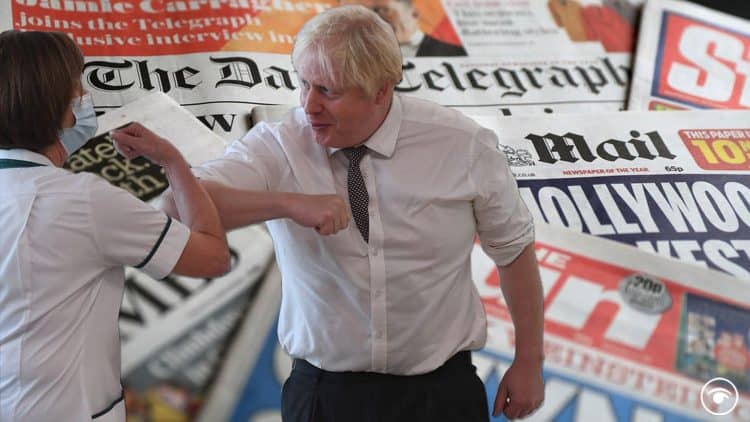 The Tory sleaze row and attacks on Boris Johnson for skipping the debate on the issue dominate the nation’s papers.

Robert Peston said he can’t remember the last time the Daily Express and Daily Mail were so critical of the PM.

The Daily Express says Mr Johnson has been urged to say “sorry” for “igniting the divisive Westminster lobbying row”.

And the Daily Mail has another “sleaze” angle with an exclusive saying Tory MP Geoffrey Cox has earned “hundreds of thousands of pounds” from a second job “that saw him vote in Parliament remotely from the Caribbean”.

Elsewhere, Metro leads on criticism of Boris Johnson for “dodging” the Commons debate on sleaze by instead attending a hospital photo-op, running the headline “I’m a prime minister … Get me out of here!”

The i reports on the PM’s refusal to apologise for an attempt to “weaken anti-corruption rules to protect (MP) Owen Paterson”.

“Anger as PM skips sleaze showdown in Commons”, says The Times, adding Conservative MPs have demanded an apology from Mr Johnson over the Paterson case.

The Daily Mirror launches a scathing attack on the Tory leader, showing him bare-faced on his hospital visit above a headline of “No apology, no shame, no respect and no mask”.

The Guardian splashes with Labour leader Sir Keir Starmer saying Mr Johnson is leading his party “through the sewers”.

And The Independent also leads on the Labour leader’s attack, saying Mr Johnson is “running scared” over the “Tory sleaze storm”.