"It's unbelievable how nasty and unpleasant some people are." 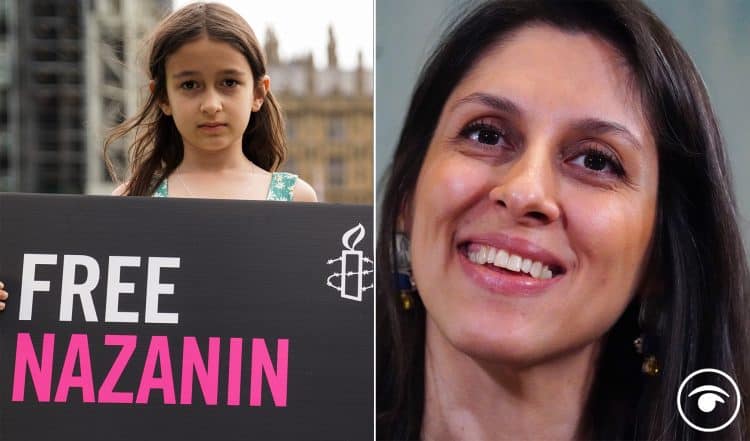 A Labour MP has called for an inquiry into the case of Nazanin Zaghari-Ratcliffe, who was detained in Iran for nearly six years. But one Tory Brexiter’s comments about her release have sparked fury as others have called her ‘ungrateful’ on social media.

The British-Iranian mother, 43, landed back in Britain on Thursday after the UK finally agreed to settle a £400 million debt dating back to the 1970s.

MP for Hampstead and Kilburn, Tulip Siddiq, who also spoke at Monday’s conference, called on the Foreign Affairs Select Committee to investigate.

She said she owes it to Mrs Zaghari-Ratcliffe to ask questions about why the debt was not paid for “so long”.

“So, I’ve written to Tom Tugendhat, the chair of the Foreign Affairs Select Committee, to ask for a review into what happened in Nazanin’s case,” she said.

Speaking in public for the first time since her release at a press conference, Mrs Zaghari-Ratcliffe criticised the Government for time it took to secure her freedom.

During the press conference, she criticised the Government for the length of time it took to secure her release.

Referencing her husband thanking the Government a few moments earlier, she said: “I do not really agree with him on that level.”

Mrs Zaghari-Ratcliffe said she had seen five foreign secretaries over the course of six years, adding: “That is unprecedented given the politics of the UK. I love you Richard, respect whatever you believe, but I was told many, many times that: ‘Oh we’re going to get you home.’

Well one person who didn’t seem over the moon about her comments was David C Bannerman ex-Conservative MEP for East of England. Also there were a number of people who said she was ‘ungrateful’ after her comments.

He tweeted: “I do hope she’s not biting the hand that saved her. Does she bear no responsibility for being in a country with such a nasty regime?”

Here is one of his Brexit tweets that has aged well………

Related: Nazanin: ‘How many foreign secretaries does it take for someone to come home?’