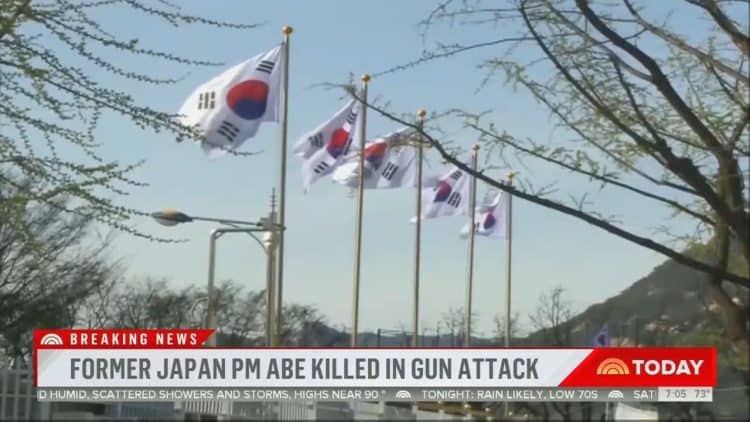 World leaders have expressed shock and anguish over the shooting of Japan’s former prime minister Shinzo Abe during a campaign speech.

Mr Abe was shot in western Japan and airlifted to hospital, where he was pronounced dead after efforts to save his life.

Police arrested a suspected gunman at the scene.

Prime Minister Boris Johnson wrote on Twitter that he was “utterly appalled and saddened to hear about the despicable attack on Shinzo Abe”.

He added: “My thoughts are with his family and loved ones.”

US President Joe Biden said he was “stunned, outraged and deeply saddened”, and he offered his condolences to Mr Abe’s family.

“This is a tragedy for Japan and for all who knew him,” Mr Biden said. “His vision of a free and open Indo-Pacific will endure. Above all, he cared deeply about the Japanese people and dedicated his life to their service.“

US Secretary of State Anthony Blinken said the whole of America is “deeply saddened and deeply concerned”.

Reporting the news on Friday, Today show broadcast a scene involving South Korean flags along with clips of Tokyo.

Social media users were quick to point out the mistake.

“I want to know how they ended up with this photo? They obviously didn’t type ‘Japanese flags’ on Google images”, another Twitter user asked.

“They’re going to blame a summer intern for this,” argued another Twitter user, adding: “poor kid.”

“For the love of God..please teach more geography in American schools,” said another.