A thug who was jailed for a sickening plot to attack a three-year-old boy with acid has already been assaulted THREE times in prison, it emerged today. Jabar Paktia, 42, was battered by angry lags after he was arrested for his part in the sickening attack on July 21 last year. The youngster suffered serious […] 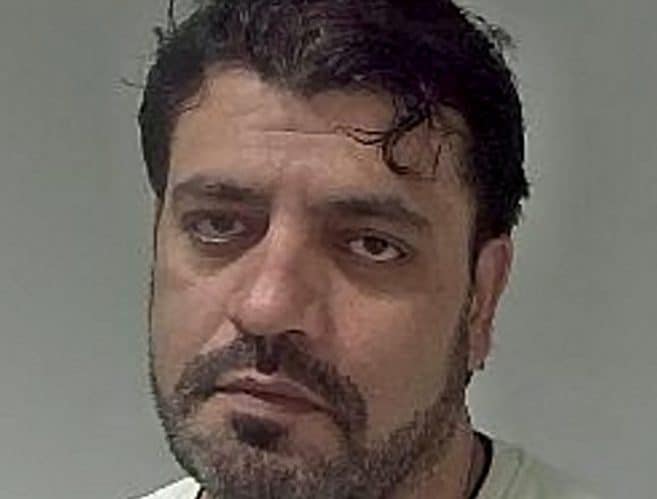 Jabar Paktia. The jury are to go out in the trial of dad and six accomplices accused of attacking a three-year-old with acid in a Home Bargains store in Worcester. See SWNS story SWMDacid. The 40-year-old taxi driver, who cannot be named for legal reasons, is accused of conspiring with six others to carry out the attack on his own child on July 21. The youngster suffered serious burns to his face and arm after sulphuric acid was sprayed at him as he shopped for a birthday present in a Home Bargains store. A court heard the father organised the attack due to an ongoing family court battle with his ex-wife after he demanded his children live with him. He deliberately planned to injure his son so he could paint his wife in a "bad light" and prove she was an unfit mother, jurors were told. The Afghan dad, from Wolverhampton, went on trial alongside five men and a woman at Worcester Crown Court. They are accused of conspiring to unlawfully or maliciously cast or throw sulphuric acid with intent to burn, maim, disfigure, or disable or cause grievous bodily harm.

A thug who was jailed for a sickening plot to attack a three-year-old boy with acid has already been assaulted THREE times in prison, it emerged today.

Jabar Paktia, 42, was battered by angry lags after he was arrested for his part in the sickening attack on July 21 last year.

The youngster suffered serious burns to his face and arm and screamed: “I hurt, I hurt!” after being doused with acid at a Home Bargains store in Worcester.

Dad-of-four Paktia was sentenced to 12 years in prison at Worcester Crown Court on Wednesday (6/3) was his role in the depraved plot.

He had been friends with the boy’s 40-year-old Muslim father, who organised the attack
in a bid to smear his estranged wife to make her look like an unfit mother.

Balraj Bhatia, defending Paktia, told the court his client had been left with “significant injuries” after being attacked by fellow prisoners since being behind bars.

He said: “He has been attacked on three separate occasions in custody, receiving significant injuries as a result.

“He accepts he has been injured and may continue to be injured.”

Paktia, of Wolverhampton, and his five co-conspirators, including the child’s father were caged for a total of 78 years.

Judge Robert Juckes QC described the case as ‘unique’ and added: “I have never come across a case in which there are so many people involved in targeting a child.

“Even battle hardened crown court judges were sickened when they heard the news that someone had attacked a three-year-old boy with sulphuric acid.

“It became increasingly apparent how well-planned this was, with links going back to the man at the heart of this attack, who was the boy’s own father.”

Adam Cech, 27, who squirted the acid on the boy and Jan Dudi, 25, both of Handsworth, Birmingham were jailed for 12 years.

The dad, from Wolverhampton, who cannot be named for legal reasons, was jailed for a 16 years and was branded “monstrous” by the judge.

The court heard Cech, Dudi and Pulko had followed the three-year-old boy, his brother, sister and their mother into the shop at the Srub Hill Retail Park.

Cech then squirted the youngster with sulphuric acid as he looked at a display of footballs with his older brother.

The child suffered a 10cm burn injury to his left forearm, and a 3cm burn on his forehead, which needed specialist hospital treatment.

The attack was part of an twisted revenge attack that the boy’s father had cooked up to show the mother was unfit and could not protect their children.

A seventh defendant, Martina Badiova, 23, of Handsworth, Birmingham, was cleared of plotting the attack.