The three were charged last night. Three others, including a woman have been charged in connection with the murder and police are appealing over the whereabouts of two other men. 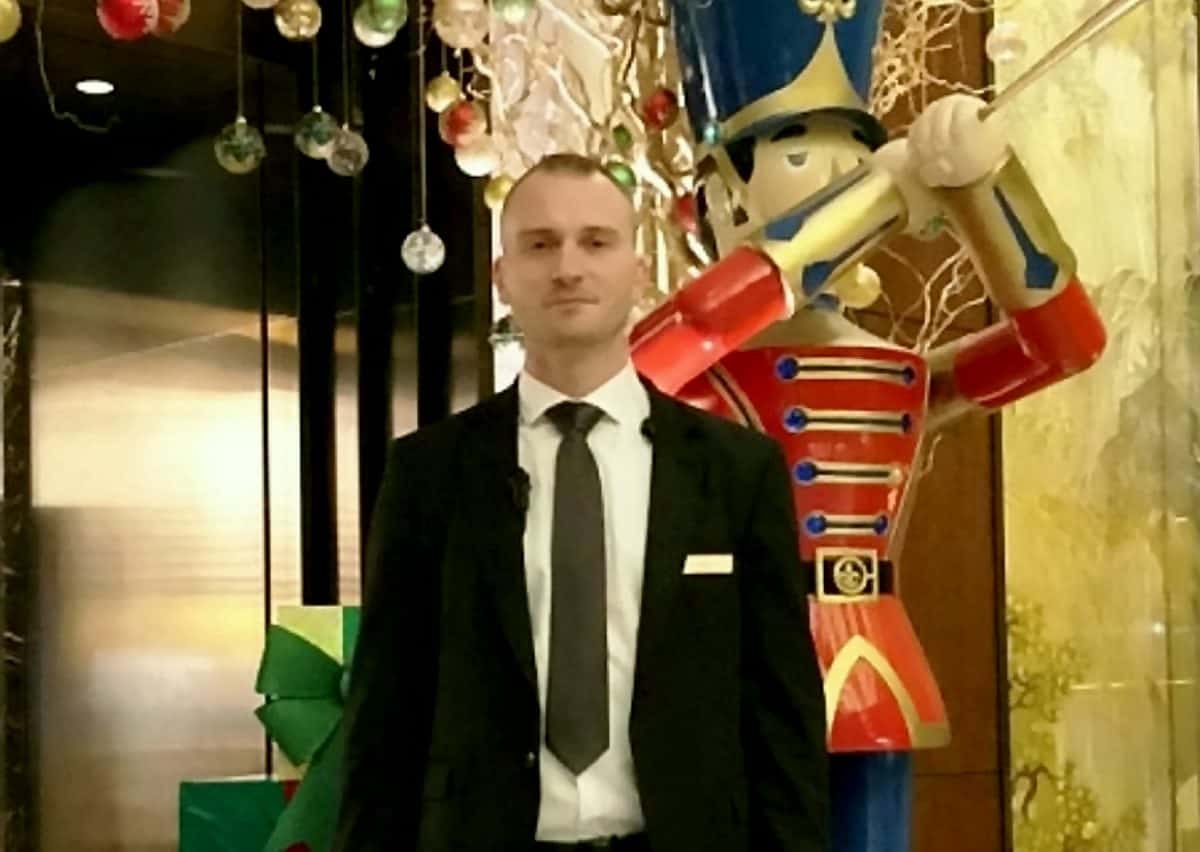 Three men charged with the murder of a doorman outside a glitzy New Years party in Park Lane have appeared in court.

Haroom Akram, 25, Adham Khalil, 20, and Adham Elshalakany, 23, have been charged with the murder of Tudor Simionov outside the exclusive event.

The three spoke only to confirm their names, addresses and nationality.

Khalil was brought into the dock on two crutches and wore a designer t-shirt under a hoodie with tracksuit bottoms.

Bouncer Mr Simionov, 33, was fatally stabbed in the chest at 80 Park Lane at around 5.35am on New Year’s Day.

Three men and a woman also received knife injuries during the attack but have all since been released from hospital.

They are named in the indictment as Atu Ngoy, Kamil Okpara, Mark McKinley and Yang Qui.

Westminster Magistrates’ Court heard the trio have also been charged with four counts of GBH with intent and one count of violent disorder.

Carly Loftus, prosecuting, said: “Another matter is already before the Central Criminal Court.”

Three other people have previously appeared in relation to the attack.

Ahmed Munajed, 25, was previously charged with violent disorder and appeared in court on January 23. He was said to have thrown a vase at door staff that evening.

He appeared in court on January 3.

A 26-year-old woman, Shaymaa Lamrani , has also been charged with perverting the course of justice in relation to the case and is due at the Old Bailey on February 15.

Detectives are still trying to trace Ossama Hamed, 25, and 23-year-old Nor Aden Hamada in connection with the case.

District Judge Sandeep Kainth said: “In light of the allegations being brought against you the jurisdiction of this court is limited.

“You will be sent to the Central Criminal Court this Friday the 1st February.

“I can’t consider bail in this court therefore you are remanded into custody.”

Akram, of no fixed address, Khalil, of Fulham, west London and Elshalakany, of Hammersmith, west London, were remanded into custody and will next appear at Old Bailey on Friday.