"I come from a country that has continuous wars. So when I first arrived at the barracks and saw the fences, the metal gates and the security guards, I was shocked and afraid. I never thought the hardest part of my journey would be when I arrived in the UK." 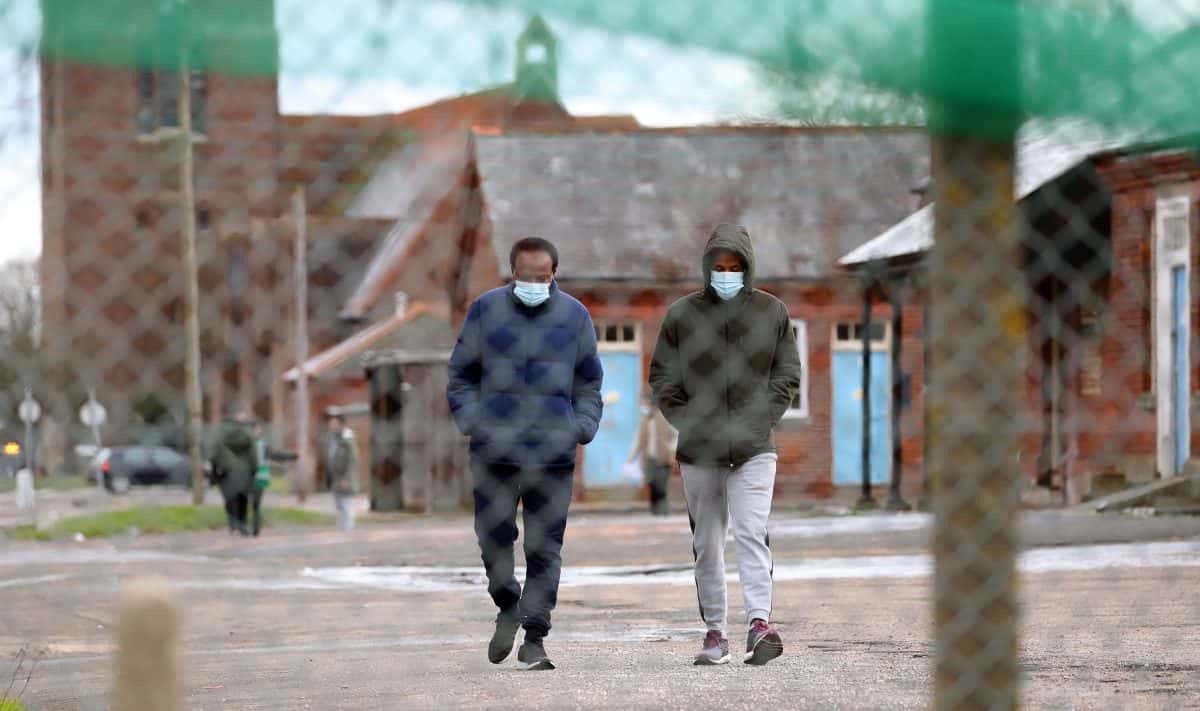 A former army barracks housing asylum seekers should be “evacuated immediately” amid ongoing concerns over a coronavirus outbreak, MPs were told, on Wednesda.

Last week, 120 out of 390 asylum seekers at the site had tested positive and while around 100 had since been moved from the barracks to alternative accommodation in order to self-isolate, the problems remained, she warned.

Speaking to the Commons Home Affairs Committee on Wednesday, she said: “As we speak today there are still many people who have tested positive for Covid-19 who are sharing close quarters with people who are not currently unwell with Covid.”

She added: “The barracks needs to be evacuated immediately for the safety of all concerned.”

Neither Napier or Penally barracks, which is also being used for similar purposes in Wales, were “Covid-19 compliant”, she claimed as she described using such sites in this manner during a pandemic as “unacceptable”.

She said: “We are aware that numerous people have been transferred into the barracks from around the country – from local authority areas where there have been high rates of infection.”

She said people were moved at “very short notice and not given the opportunity to self-isolate before sharing dorms with up to 28 other people in them”.

Now via Freedom from Torture, a thread was posted on Twitter about the conditions in the barracks.

It written on behalf of someone called Omar and it is his chance to ‘speak to you directly about the crisis of the UK government’s prison camps for refugees.’

“MESSAGE FROM THE BARRACKS. My name is Omar. I lived in the barracks for two months. Today I’m using Freedom from Torture’s platform to speak to you directly about the crisis of the UK government’s prison camps for refugees. Please share my message.

“I come from a country that has continuous wars. So when I first arrived at the barracks and saw the fences, the metal gates and the security guards, I was shocked and afraid. I never thought the hardest part of my journey would be when I arrived in the UK.

“While I was there, a man in my room caught Covid-19 symptoms. He was coughing in the confined space where we were sleeping. He’d also lost his sense of taste and smell.

“The staff there just told us that he was fine and to “deal with it.” We called NHS 111 ourselves and they said that this guy needed to self-isolate for ten days. I demanded management remove him from our room, which they did in the middle of the night.

“When I woke up, he was in the communal canteen eating breakfast. His things were also back in our room. I was so angry. How can they treat people like this?

“I want you to take a moment to imagine how you would have felt in my situation? Imagine seeing Covid break out while you live with 20+ other people in one room, with nothing but sheets separating the beds. (Pictures can show).

“Every single person in there has travelled thousands of kilometres and risked their lives to seek safety and peace. Please sign Freedom from Torture’s petition so that the government cannot ignore us any longer.