Calls for House of Lords reform have resurfaced this week after the government suffered another Brexit set back in the upper house. The Daily Mail, which staunchly backed Britain’s exit from the European Union, said it is “time to pull the plug on the Lords” on its front page and called its representatives “Traitors in […] 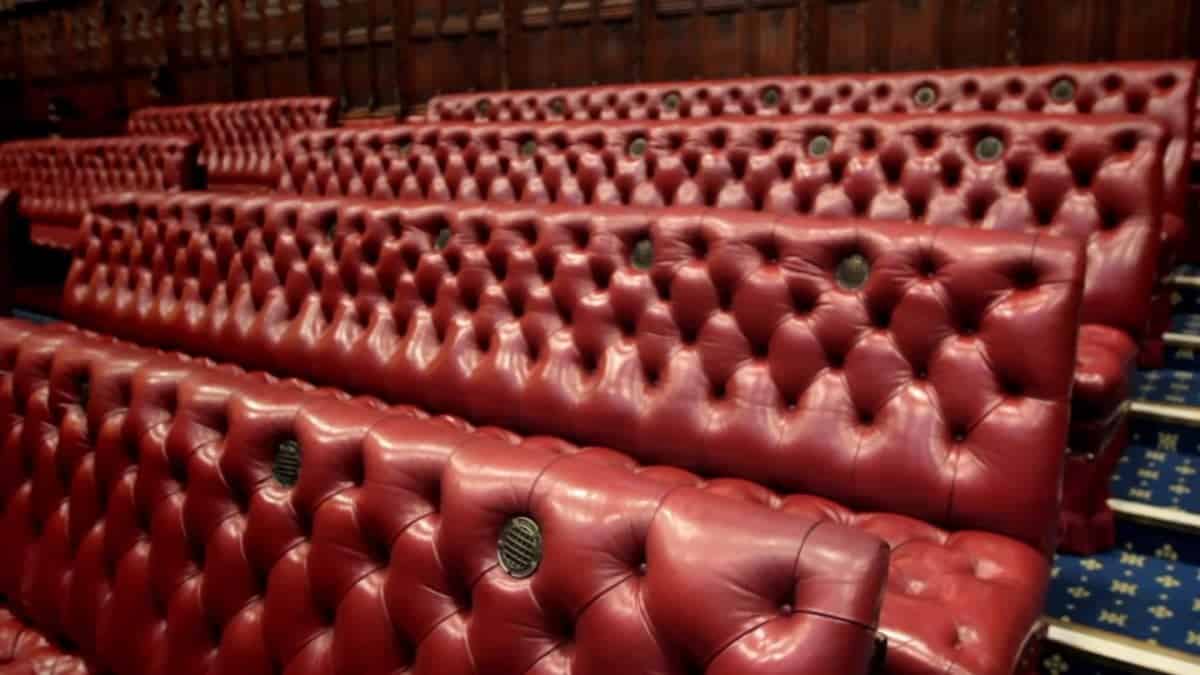 Calls for House of Lords reform have resurfaced this week after the government suffered another Brexit set back in the upper house.

The Daily Mail, which staunchly backed Britain’s exit from the European Union, said it is “time to pull the plug on the Lords” on its front page and called its representatives “Traitors in Ermine”.

Peers backed retaining key aspects of the EU’s single market this week through continued participation in the European Economic Area (EEA) by 245 votes to 218, a majority of 27.

It came in defiance of both the Government and Opposition frontbenches and followed earlier defeats on the Brexit date and participation in EU agencies.

The Government has suffered 14 defeats over its flagship EU Withdrawal Bill, with the latest reversals coming on the sixth and final day of the bill’s report stage in the upper chamber. 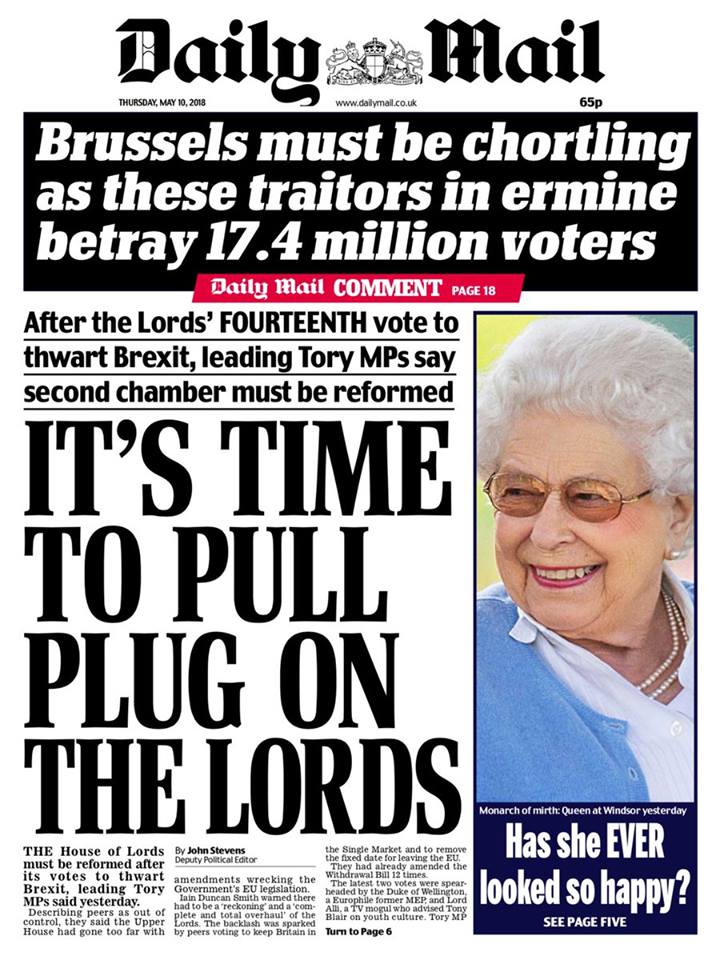 Many prominent Tory MPs have made their frustrations known about the upper house in recent weeks, with Jacob Rees-Mogg calling them out for “going against the will of the people”.

But the prominent Brexiteer is top of a list of MPs who voted against reforming the House in 2012.

Fellow Conservative MP Peter Bone, who played a leading role in the Leave campaign, also voted against reform, but recently said: “We are in a unique situation where the two Houses of Parliament voted for a referendum to let the people decide.

“The people have decided and Parliament should uphold their wishes.

“When it’s an unelected House that’s deliberately trying to thwart the will of the people then something seriously has gone wrong.

“Their Lordships are showing themselves to be very anti-democratic and they are doing a great disservice to the country.”