In news you couldn’t make up, it turns out that the factory that Theresa May made her last-ditch attempt to persuade Tory rebels to vote for her Brexit deal today received £429,000 from the EU. The Prime Minister visited Stoke-on-Trent today, most of which voted to leave the EU in the 2016 referendum to give […] 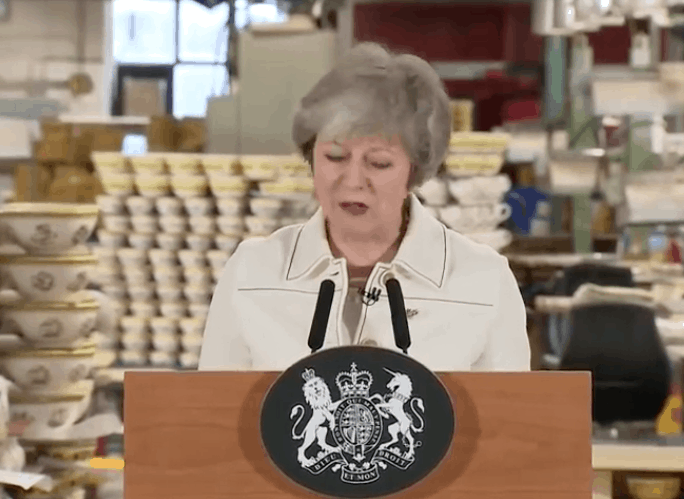 In news you couldn’t make up, it turns out that the factory that Theresa May made her last-ditch attempt to persuade Tory rebels to vote for her Brexit deal today received £429,000 from the EU.

The Prime Minister visited Stoke-on-Trent today, most of which voted to leave the EU in the 2016 referendum to give a speech outlining how not voting for her Brexit deal in the meaningful vote on Brexit tomorrow risked Brexit not happening at all.

But the factory she chose to address workers in was according to the Daily Mirror awarded £429,000 EU funding.

“We can spend the vast annual sums we send to Brussels as we chose, on priorities like our long-term plan for the NHS,” claimed Theresa May, though her government’s own economic assessments show Britain having less rather than more income if we leave the EU in similar terms to her plans.

Last week Theresa May unveiled her plan for the NHS at Liverpool’s Alder Hey Children’s Hospital – which actually received £56 million financing from the European Investment Bank.

18 hospitals across Britain were built with financing from the EU institution, none of which will be available after Brexit.

In more embarrassment for the PM, she had to pull a line from her speech sent to journalists on how “both sides” accepted the referendum to endorse the Welsh Assembly, as many pointed out to her how Conservatives voted against it, after the referendum had taken place.

And a key Conservative whip – charged with convincing colleagues to vote for May’s EU withdrawal agreement – resigned over it today, saying he’s putting country over party.

Resigning as a minister for the whips’ office responsible for party discipline, Gareth Johnson wrote: “unfortunately, this deal prevents us taking back control and instead could leave us perpetually constrained by the European Union.”

Tory Brexit rebels didn’t avoid embarrassment either today, with former minister Esther McVey showing a startling lack of understanding as she insisted a No Deal Brexit isn’t all that bad as Britain would would still have a transition period despite that not being an option if the UK leaves the EU with no deal: