The senior Downing Street aide was backed by the Prime Minister but questions remain about allegations surrounding his whereabouts. 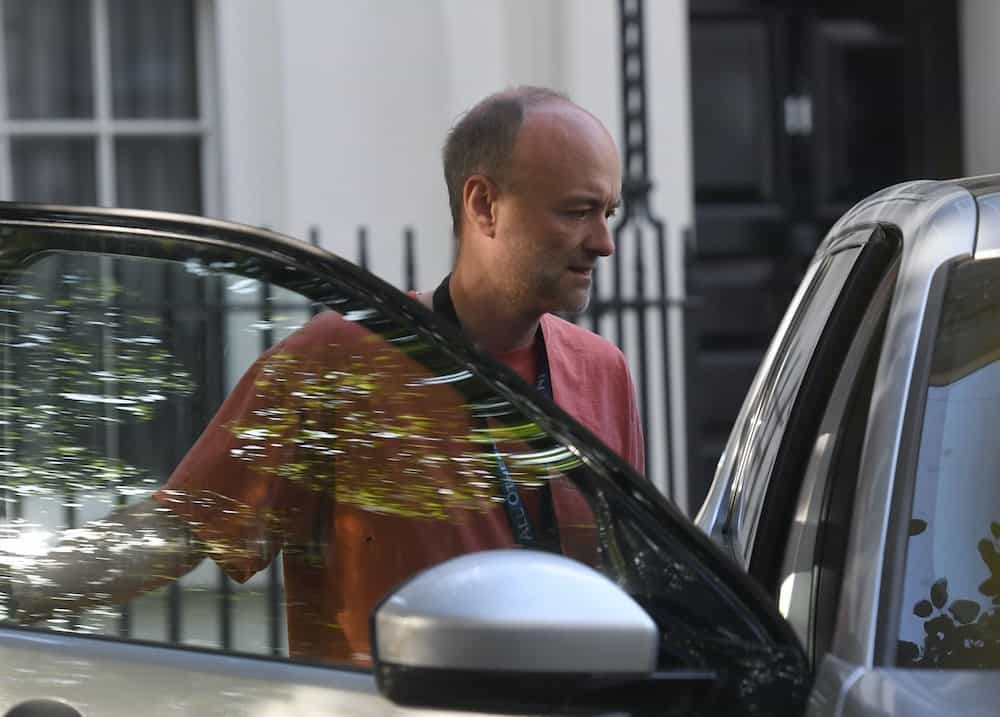 Dominic Cummings remains in his position as the Prime Minister’s de facto chief of staff after Boris Johnson gave him his backing following revelations he travelled from London to Durham during the lockdown.

While the Prime Minister, speaking at the Downing Street press conference, said his most senior adviser “acted responsibly, legally and with integrity”, there remain questions about Mr Cumming’s decision to make the initial journey, along with the further allegations levelled against the 48-year-old.

The argument pushed by Number 10 is that Mr Cummings, fearing there would be no one to look after his four-year-old son if he and his wife became ill with coronavirus at the same time, travelled to be near his family in County Durham to seek childcare.

Yet Labour shadow policing minister Sarah Jones said, in an interview on Sky News’ Sophy Ridge On Sunday programme, she knew of “single mothers who have had Covid-19, when their child has had to stay with them” and neighbours and volunteers had to “chip-in food so they can eat”.

Given the sacrifices made by others, critics have queried why Mr Cummings, as someone involved in setting the lockdown rules, could not call on any friends or family in London to assist them in adhering to the restrictions.

– Did he have Covid-19 when travelling?

The PM tested positive for coronavirus on March 26 and Number 10 confirmed that Mr Cummings developed symptoms over the weekend of March 28-29.

He was seen running out of Downing Street on March 27, shortly after it was confirmed publicly that Mr Johnson had the virus.

On Friday, a statement issued by Durham Constabulary suggested Mr Cummings’ father had confirmed his son was self-isolating in the North East as of March 31.

Given the average incubation period for Covid-19 is five days, but can be as long as 14, the four-day gap between the two dates suggests he could have been asymptotic while travelling.

– Did he have to stop en route to Durham?

Driving 260 miles across the country with a four-year-old and a sick wife in the car, who was already displaying Covid-19 symptoms, Mr Cummings might well have needed to stop for a break.

Transport Secretary Grant Shapps was asked during the Sunday morning media round about whether the family took a pit stop, but said he did not know the answer.

But he argued Mr Cummings was a “stickler” for social-distancing rules, indicating he would have abided by them during any stop-off.

The Cabinet minister told Sophy Ridge: “I saw a clip yesterday of him asking journalists to be spaced two metres apart, so I know he is a stickler for those rules about what to do to make sure you are following the two-metre rule and the like, so I’m sure that they took all the necessary precautions.”

– Did he go on a day trip to Barnard Castle?

The Observer and Sunday Mirror reported that an eyewitness – Robin Lees, a 71-year-old former teacher – saw Mr Cummings with his wife and child at Barnard Castle, a popular tourist spot 30 miles from Durham, on April 12.

Downing Street has not specifically addressed this allegation, but Mr Shapps suggested the Easter Sunday outing, if it took place, “would have been outside the 14-day period” for self-isolation.

Government advice is that anyone suffering from coronavirus symptoms must quarantine for seven days after contracting the virus.

And guidance issued by the National Police Chiefs’ Council (NPCC) and the College of Policing in early April advised officers not to punish people for using their cars to drive “a reasonable distance” for exercise.

– Why is the PM standing by him?

Mr Johnson said he thought his aide acted in the best interests of his child, acting in a way “any parent would frankly understand”.

But Tory MPs have questioned the Conservative leader’s judgment in backing him, complaining they remain “unconvinced” by the PM’s defence.

– Was his son cared for by family while in Durham?

Mr Cummings’ defence for his actions, along with the PM’s justification for keeping him on, hinges on the belief he and his wife could need childcare if they both became unwell.

In No 10’s Saturday statement setting out what went on, it made no reference to his son being looked after by family members, only that Mr Cummings’ sister “shopped for the family and left everything outside” their property, which is said to be adjacent to the family home.

– Was the childcare caveat to the “Stay at home“ message made clear in Government messaging?

Health Secretary Matt Hancock said the Government’s “Stay at home” guidance was an instruction, “not a request” at a briefing on April 3.

But deputy chief medical officer Dr Jenny Harries had said at a daily Downing Street press briefing on March 24 that a small child could be considered “vulnerable” and therefore provide exemptions from the stringent rules if their carers became ill.

Dr Harries said: “Although we are encouraging everybody to stay in their own households…clearly if you have adults who are unable to look after a small child, that is an exceptional circumstance.”

For those who were listening intently – and Mr Cummings seems to have been among those who were – a loosening of the restrictions was seemingly confirmed.