U.S. President Donald Trump is refusing to cooperate with numerous congressional probes of himself and his administration, taking a defiant stance that is likely to result in a court battle with Democrats in the U.S. House of Representatives. Trump’s stonewalling hardened after the mid-April release of a redacted report from Special Counsel Robert Mueller on […] 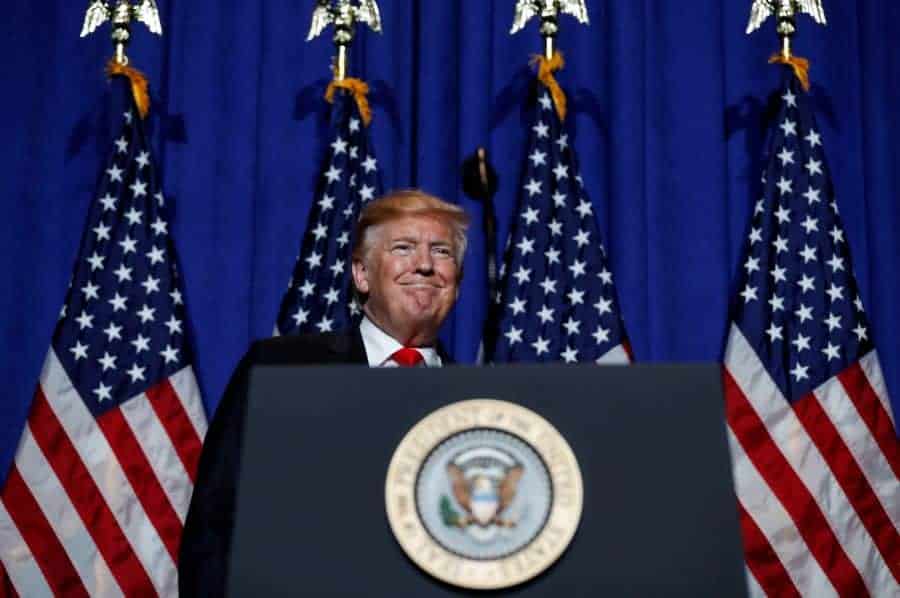 U.S. President Donald Trump is refusing to cooperate with numerous congressional probes of himself and his administration, taking a defiant stance that is likely to result in a court battle with Democrats in the U.S. House of Representatives.

Trump’s stonewalling hardened after the mid-April release of a redacted report from Special Counsel Robert Mueller on how Moscow interfered in the 2016 U.S. presidential election in Trump’s favour and his attempts to impede Mueller’s probe.

In most of the cases where Trump and his advisers are refusing to cooperate, they run the legal risk of contempt of Congress citations and court enforcement actions that could result in fines and even imprisonment.

Trump and his fellow Republicans in Congress dismiss the inquiries, led mostly by House Democrats, as political harassment ahead of the 2020 U.S. elections.

The Republican-led Senate Intelligence Committee is also investigating. In a departure from the stonewalling pattern, Donald Trump Jr. has reached an agreement with that committee for its senators to interview him in mid-June, a congressional source familiar with the matter told Reuters on Tuesday.

Here are some high-profile examples of Trump, who has declared he is “fighting all the subpoenas,” defying Congress:

Unlike past presidents in recent decades, Trump refuses to make public his tax returns, raising questions about what is in them. Democrats are probing Trump’s past business dealings and possible conflicts of interest involving him.

Treasury Secretary Steven Mnuchin on Friday defied a subpoena from the head of the House tax committee seeking six years of Trump’s past individual and business tax returns.

House Ways and Means Committee Chairman Richard Neal, a Democrat, is empowered to request the president’s returns under a law that says the Treasury secretary “shall furnish” them upon such a request being made.

In a letter to Neal on Friday, Mnuchin said Treasury, based on advice from the Justice Department, would not release Trump’s returns. “We are unable to provide the requested information in response to the committee’s subpoena,” the letter said.

The redacted Mueller report, released on April 18 by Attorney General William Barr, left some questions about the probe unanswered. Democrats have subpoenaed the unredacted report and the evidence Mueller relied on.

Barr, a Trump appointee, has refused to comply with the subpoena. The House Judiciary Committee voted on May 8 to recommend that the full House cite Barr for contempt of Congress. “We are now in a constitutional crisis,” Jerrold Nadler, the committee’s Democratic chairman, told reporters.

The committee vote came hours after the White House asserted the seldom-used principle of executive privilege to keep the full Mueller report under wraps, even though Trump earlier allowed aides to speak with Mueller during his investigation.

Nadler’s panel has demanded testimony from Mueller. Sources familiar with the matter told Reuters on Friday that Mueller was unlikely to appear before the committee as requested on May 23.

Nadler has threatened to hold former White House counsel Don McGahn in contempt if he fails to show up to testify at a hearing slated for Tuesday. McGahn has been directed not to produce documents in response to a committee subpoena.

A federal judge on Tuesday said financial records from Trump’s long-time accounting firm Mazars LLP would be a “proper subject of investigation” by Congress, appearing to side with Democratic lawmakers seeking more oversight of the president.

U.S. District Judge Amit Mehta in Washington heard oral arguments on whether Mazars must comply with a House Oversight Committee subpoena, marking the first time a federal court has waded into the tussle about how far Congress can go in probing Trump and his business affairs.

In an unprecedented step, Trump filed a lawsuit attempting to keep U.S. lawmakers from obtaining his financial records.

The Justice Department has rebuffed an Oversight Committee request for an interview with John Gore, an official involved in the administration’s decision to include a citizenship question in the 2020 census.

Trump has vowed to fight any effort by congressional Democrats to launch impeachment proceedings against him, promising to go to the Supreme Court, even though it plays no role in the constitutional impeachment process.

Congressional Democrats say the administration has responded too slowly to their requests for documents about Trump’s abandonment of a plan to relocate the FBI’s headquarters.

Before he became president, Trump supported moving the headquarters to the suburbs of Washington from the center of town, said Democrats looking into the matter.

They said that after Trump was elected and disqualified from bidding to buy the FBI’s present headquarters site for commercial development, he switched his position. Democrats have raised questions about a possible Trump conflict of interest.

The White House has refused a request for Trump’s top immigration aide Stephen Miller to testify to Congress, in a letter to the House Oversight Committee.

Trump has sued to block House subpoenas for his financial records sent to Deutsche Bank AG and Capital One Financial, banks he did business with.

A 2017 financial disclosure form showed that Trump had at least $130 million of liabilities to Germany’s Deutsche Bank.