by Ben Gelblum
in Arts, News 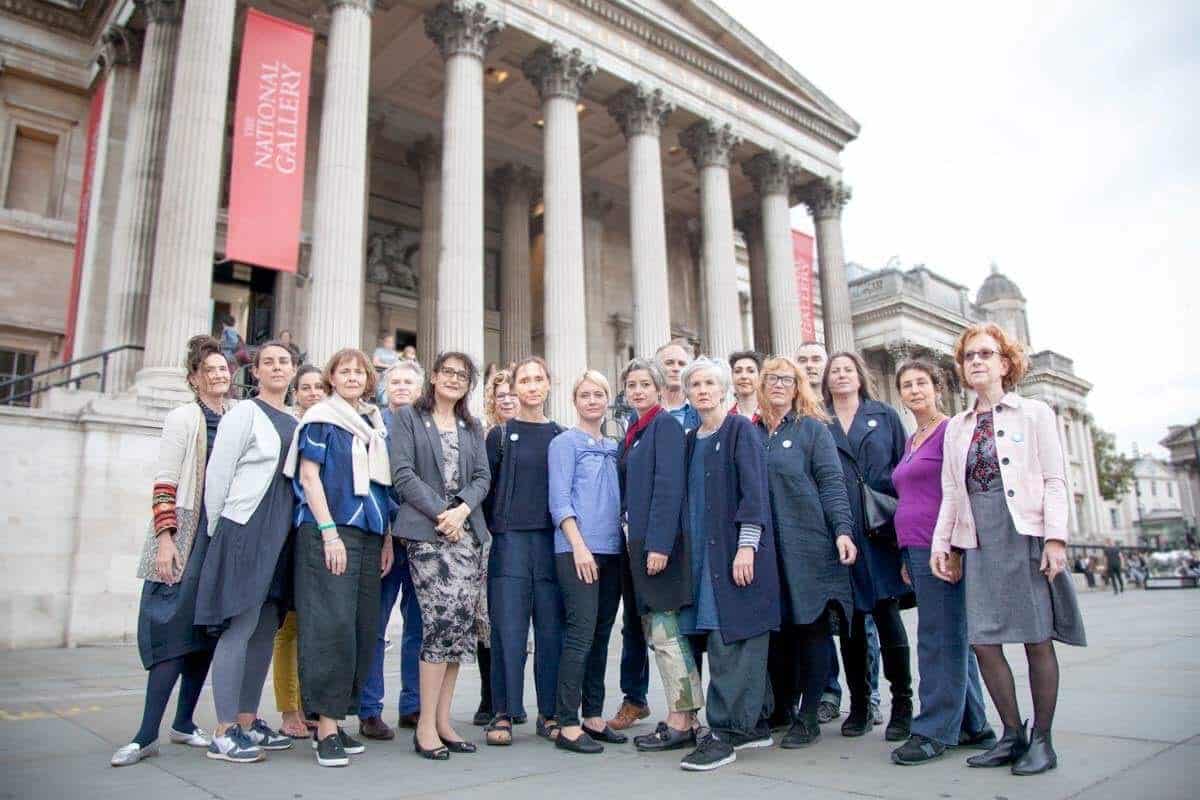 The 27 artists have brought claims of unfair dismissal plus sex and age discrimination against the Gallery after they were fired last October.

Their case hinges on whether they were working as employees or self-employed ‘gig-economy’ freelancers – like high-profile hearings involving Uber drivers and Pimlico Plumbers.

The claimants, who have more than 500 years’ teaching experience, allege only a few were offered new contracts with a 35 per cent pay-cut at their dismissal.

Labour leader Jeremy Corbyn and Labour MP Stella Creasy have expressed support for the campaign, both representing constituents involved in the case.

Judges at a central London employment tribunal have begun reading papers before the full 10-day hearing gets underway.

One of the claimants, art-historian Steven Barrett, who worked at the Gallery for 13 years, said they had all been employed there for between 10 and 40 years.

He said: “We were aware that there were difficulties, that there was some inconsistency in the arrangements but things came to a head last October when we were told that we were all to be dismissed – and the gallery was going to offer a reduced number of positions to the whole team.

“The atmosphere was sort of shock really and huge disappointment and sadness. It was a very unhappy moment for all of us.

“We were just very very disappointed and we didn’t understand what has happened.

“We have to resolve this and that’s why we are seeking justice and unfortunately had to go down the legal route.

“We are all still people who love the gallery and miss our work there.”

He added: “We are a very long established, passionately loyal group of artists.

“We had the name badges, security badges, had an office, we represented the gallery on site and conferences. We were all on the National Gallery payroll.

“We had all the hallmarks of employment but the gallery has always insisted we were self-employed from the very beginning.

“We are all highly qualified, either practising professional artists who show their work in galleries and teach as well or art historians and qualified teachers.

“We want the gallery to recognise that we were employees – that we weren’t self-employed.

“The relationship that we had was that of an employer and employee.

“In my own case for example, for about eight years or so the National Gallery was my sole employer and it was a full time job. We always thought of it as a salary rather than anything else.”

Mr Barrett said all 44 of the gallery’s “educators” – who carried out school and private tours of the gallery – were called into the meeting last October.

He said their bosses announced they were being dismissed and being offered 14 permanent and 10 casual 23-month contracts “with no guarantee” of work between them.

Mr Barrett, who has a masters degree in Art History and is a qualified teacher, said: “We didn’t know – we were just invited to this meeting and the changes were announced to us.

“Of the 14, anybody taking on those contracts would be treated as a new starter.

“The pay that was offered was 35 per cent less in real terms than what we were earning.

“We were just told that the current provision was going to change and the way we had worked with the gallery up until then would change and there were completely new terms for the future.

“Of our group of 27, 22 applied for a new role. Of those who applied, only 13 were offered any contract at all – it’s very strange, we don’t understand it because it means that nine people who applied were offered nothing.”

Mr Barrett, of Walthamstow, north east London, said his colleagues were on hourly rates similar to university lecturers, who can earn up to £60,000 per year.

He refused to disclose further details, but added: “We all had varying patterns of work so it would depend on the frequency and actual pattern of work. It was consistent with teaching in further and higher education.”

Claimant Marie-Therese Ross, who worked for the gallery for 24 years, said: “This isn’t just about us.

“Our case highlights the exploitation of precarious workers across the arts and beyond.

“We are standing up for fair employment rights and calling for our public arts organisations to value the expertise and experience at the heart of their education programmes.”

Al Johnson, who worked at the Gallery for 19 years, added: “Dismissing these educators represents a loss of over 500 years of teaching experience, knowledge, and inspiring conversations with the public about the art that belongs to us all.”

The group is also suing the Gallery over failure to consult over a redundancy; discrimination relating to trade union membership; and not allowing employees to take or pay statutory annual leave entitlement.

A gallery statement insisted that it had acted lawfully, fairly and that likening the case to ‘gig economy’ cases brought against the likes of Uber and Deliveroo was wrong, adding:  “the National Gallery situation is exactly the opposite. The ‘gig economy’ cases have arisen out of organisations’ opting to offer people ad hoc employment, zero hours contracts and no opportunity for job security. We have taken a deliberate choice to move towards a model that offers people secure employment, with additional pension and worker benefits.”

The gallery was keen to add that it was the first in the museum/gallery sector to pay the London Living Wage as a minimum, and it works in partnership with trade unions to develop a reward package.

“The Gallery has not dismissed anyone as part of this process. The majority of the people involved are still providing these services to us on the same basis as previously, whilst others involved in these claims have already accepted either employment or new contracts with us.

“It is our understanding that the claims have arisen out of the National Gallery’s choice as an ethical employer to change from offering ad hoc work to offering more secure employment, with additional pension and worker benefits. This change also reflects our strategy to develop Gallery programmes to reach new audiences and to enhance our engagement with visitors.

“The entire group was consulted for their views about the change – both together and individually – for a period of three months between October 2017 and January 2018.

“Our innovative new education structure is driven by the need to increasingly engage diverse audiences, both in the Gallery and online, and offers a mixed model of service delivery, which includes a variety of full time, part time, term time and casual contracts. We have worked hard to create a wide range of different types of new roles, in terms of hours and contracts, in order to be as flexible as possible for those people who have commitments in other organisations.

“Jobs were offered to all of our existing freelance service providers last year. We still have vacancies available, although unfortunately not all members of the group have expressed an interest in these.”