Karl is a 20 year old literature student. He blogs about his experience of depression, suicidal feelings and being admitted to hospital to receive treatment for his mental health.  **This blog contains suicidal themes. Please read with care** The room was cold, and my only company was a camera in the corner of the room. […]

by SWNS
in Discussion, Health, Lifestyle 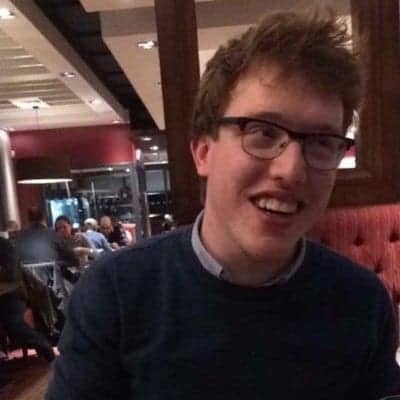 Karl is a 20 year old literature student. He blogs about his experience of depression, suicidal feelings and being admitted to hospital to receive treatment for his mental health.

The room was cold, and my only company was a camera in the corner of the room. I was being held under what is called a Section 136 of the Mental Health Act. After forty-eight hours of mind numbing boredom and isolation, the time for my assessment had come.

My assessors told me that it would be best for me if I went into hospital, but it was my choice, they said. I wasn’t being sectioned.

It was as though the colour had been sucked out of my world.

I asked for a minute to think, and a majority of the assessing team left the room. One of the assessors looked at me as I was lost in thought. I asked her a lot of questions. Could they say where I’d end up?

“There’s a bed shortage in the area. You could end up anywhere in England. I think you need to do it, but it’s up to you”, she said.

I bit my lips and heaved a heavy sigh. I knew that there was really only one option. Yes, do it I said.

As I waited to be admitted to a psychiatric hospital, I asked myself, how did this happen? And it’s only now, months after the fact, that I can begin to puzzle together what happened.

I can’t remember exactly how it began. I went home for Xmas, and it was as though the colour had been sucked out of my world. Everything blackened, and I forgot what leading a colourful life felt like. It was a distant memory. My mind had become like a torture chamber without any hope of reprieve. It was as though thousands of screaming, demonic children had entered my head and refused to leave.

I was put in the back of their car, and was taken to my local psychiatric hospital.

Shortly thereafter, I went back to university. Things went downwards very quickly. I couldn’t work, couldn’t sleep, couldn’t concentrate. I took a very ‘male’ view towards my suffering, thinking it better to be silent and hoping that my mood would pass on its own.

As time went on, I felt as though I’d been exiled from the human race. It was like I was trapped in a bubble. I didn’t reach out for a long time.

Eventually, my flatmates contacted my universities wellbeing service, but I wasn’t receptive to their help. I had started to drink very heavily, hoping that reprieve from my mind may be found at the bottom of a bottle. Needless to say, no such reprieve was ever found there, and in retrospect I can see that my drinking made my depression much worse.

In my depression I often attempted suicide. I simply felt as though I was a burden to everyone around me, and I couldn’t imagine that I would ever feel joy, or anything, again.

In February I was in a university bar when I called friends to come and talk to me. I don’t remember a lot of what I said, but I remember vaguely that I talked about pain. I was drunk, in tears and screaming. Security services quickly escorted me out of the bar, and then the police showed up.

They would take me somewhere safe, where I could get help, they said. I was put in the back of their car, and was taken to my local psychiatric hospital.

I was able to work again, I could sleep and I could concentrate.

At the time, I was struck by a sense of shame in the back of their car. I felt like I’d done something wrong. Looking back I can see that those policemen saved my life, and I simply can’t thank them enough for that. And this is how I found myself in a cold room, saying yes to being admitted to hospital.

It was late when I got confirmation that I was going to a hospital a few hours from my local area. I was relieved, as I wouldn’t be in a locked room anymore, but I was also scared. What would happen to me? Would I get better? My mind was awash with questions, and it was with some trepidation that I arrived at the hospital.

Soon after arriving at the hospital I detoxed from alcohol, and we were finally able to get the right cocktail of medication. Days at the hospital were very structured, with therapy and mealtimes.

I met people during my time in hospital that I talk to to this day, and who I love and adore. I didn’t expect to make friends in a psychiatric hospital, but I did!

After two months, I was discharged. My depression, for the moment, had lifted. I was able to work again, I could sleep and I could concentrate.

It quickly became apparent to me, however, that a lot of stigma surrounded mental illness and especially psychiatric wards.

I found that there was a vast conspiracy of silence surrounding mental illness and its treatment. I wanted to help, so I emailed the Guardian and proposed that I write about my experience. To my surprise, they said yes, and I’ve been very vocal about my experiences ever since.

I’ve since learnt that there is nothing stronger than speaking out.

I also learnt that suicide is the biggest killer of men under 45 in the UK. I found it difficult to speak up, for I feared being seen as ‘weak’. I’ve since learnt that there is nothing stronger than speaking out. There is immense strength in vulnerability and in voicing your experiences. If you take one thing from my story let it be this – TALK. If you’re suffering, talk. Talk until your voice is hoarse.

Today, I am happier and heathier than I have ever been. I’ve done things that I simply couldn’t have imagined myself doing when I was depressed. I’ve written articles for the Guardian and the Huffington Post about my experiences, I’ve laughed until I have cried and I’ve loved and been loved more.

Fighting depression is no easy thing, but it’s a fight I’m finally starting to win.

I’ve been sober since I left hospital. I achieved a first in an academic year that I was mostly absent from due to my illness. I even joined the gym! (This surprises even me). To be clear though, I’m not cured of my depression, that black dog still shadows my every move, but with each day I grow stronger.

I couldn’t have imagined writing this blog for Mind when I was ill, and yet it’s happening! I’m even skydiving for Mind next year! Silence is the oxygen of mental illness. With each word I speak (and write) my depression grows weaker. Every time I talk about my experiences, I feel myself growing stronger. Fighting depression is no easy thing, but it’s a fight I’m finally starting to win.