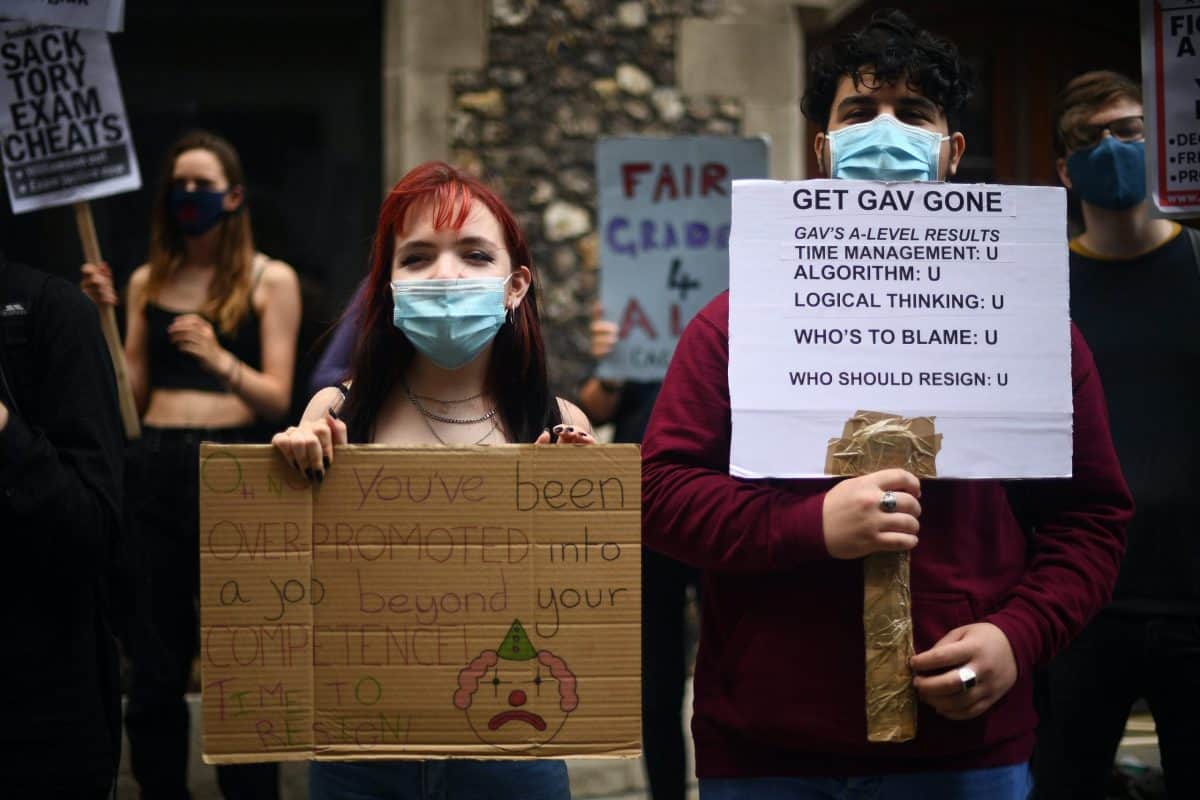 Students have gathered outside the Department for Education to demand the resignation of the secretary of state, Gavin Williamson.

The Government was forced to make a U-turn last week and give students their teacher-predicted grades, after an algorithm system saw tens of thousands given lower marks than expected.

Many students are still angry after losing university places that were handed to other candidates in the days after the algorithm-based results were announced.

Campaigners say there is evidence to suggest the algorithm method disproportionately affected schools in poorer areas.

Protesters chanted “Get Gav Gone” and “We are the future”, and carried signs reading “Sack Tory Exam Cheats” and “Fair Grades for All”.

Glen Morgan-Shaw, one of the organisers, said in a speech: “Education is dangerous, when we are educated we can see when the Government has f up.

Mr Morgan-Shaw, 18, saw his predicted Btec marks revised downwards by two grades, although still managed to get his place at university to study music.

He told the PA news agency: “I was one of the lucky ones but I know so many people who were screwed over.”

Naomi James-Mitchell, 18, said her A-level grades had been reduced from her predicted AABC to BCDD, meaning she lost her place to study chemical engineering at her first choice university.

Struggling for a place

Following the U-turn, she was offered a place at Aberdeen, but said many people she knew had been left struggling for a place.

“Even with the U-turn the Government has shown they don’t care about students,” she said.

The protesters are now calling for leave to appeal against centre-assessed grades (CAG), which is their teachers’ judgment of the most likely grade a student would have achieved if exams had gone ahead.

Ms James-Mitchell said many students believe CAGs are inherently biased because of teachers’ perceptions of the people they teach.