No Result
View All Result
Home News The Column

By Charlotte Hope, Lifestyle Editor @TLE_Lifestyle Zayn Malik signed off for stress Zayn Malik, one fifth of incredibly popular boyband One Direction, has been signed off a few shows on the band’s world tour, citing stress as the reason. This all has come quite close to the emergence of some photos of Zayn apparently holding […]

by Joe Mellor
in The Column 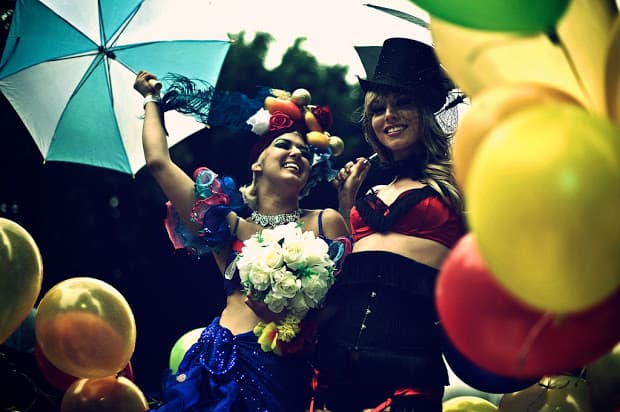 Zayn Malik signed off for stress

Zayn Malik, one fifth of incredibly popular boyband One Direction, has been signed off a few shows on the band’s world tour, citing stress as the reason. This all has come quite close to the emergence of some photos of Zayn apparently holding hands with a girl from Essex, whilst the band were in Thailand. To be specific, news outlets are referring to the girl in question as a ‘tattooed blonde’. What coverage.

To commiserate Malik’s (presumably) temporary departure, during a photo with some fans, Liam Payne covered Zayn’s face on a poster he and the rest of the boys were holding up. I think we can all appreciate the sensitivity shown my Payne here. Payne misses Zayn. Perhaps this was just an inopportune moment to take the photo? Like when a celebrity is leaving a club and they’re photographed blinking, and the accompanying headlines are full of vitriolic hyperbole about their terrible drug addled state.. my argument here is that Liam was merely stroking Zayn’s face, in the absence of the real face. I mean, it’s possible. Right? Anyway apparently Zayn’s going to leave 1D – so that’s something for us all to think about.

Cheryl Fernandez-Versini (nee Cole… nee Tweedy), in an interview with The Telegraph’s weekend magazine, has said that women shouldn’t have to sexualise themselves in order to sell records. It would be so impossibly easy here to just link to a Cheryl video and let that do the talking, but there’s a tiny bit more context and let’s not be lazy, eh?

When it was pointed out that when in Girls Aloud Cheryl and the other band members wore tiny outfits, e.g. French maid outfits, Cheryl said that it was fun, quirky and not meant to be sexual. It’s hard not to step back from that and look at it as, perhaps it’s not ‘meant’to be sexual but of course it is. Also, fine, that was ages ago, she may have moved on. She hasn’t though. Whilst I can’t disagree with the sentiment – of course women shouldn’t be sexualised just to sell songs – I can’t quite feel that it’s a sentiment with less credibility coming from her. Still, at least it wasn’t Nicki Minaj, or someone.

Over to bizarro-world now where we learn the Stacey Solomon, hilarious X Factor contestant from the days of Yore, has revealed that she’s dating Jackass star Steve-O, who I remember primarily because he has the words ‘your name’tattooed on his bum which was revealed when I was at an age when nothing could have tickled me more.

The fifteen year age gap between the two seems to be inconsequential, with Solomon citing her children, mortgage and ‘responsibility’as reasons she doesn’t hit it off with men her own age. Is Steve-O mature yet? He still calls himself Steve-O, so I’m going with no. The two met on Channel 4’s The Jump, which I can assume nobody watched, and found themselves falling for each other, apparently. The obvious drawback of an enormous ocean and 5000 miles (give or take) between them has meant that Solomon is, sensibly, ‘just going to see’. I can’t help but warm to Stacey – she’s a bit ridiculous and such but she’s also really earnest and sweet, so maybe this is a match made in heaven? Just as long as he doesn’t do any Jackass throwback pranks at their wedding