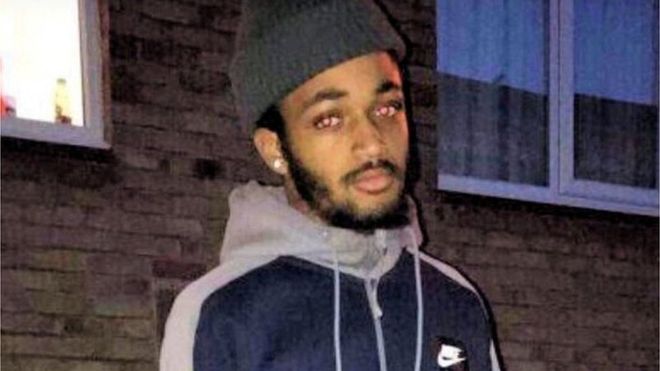 The 18-year-old ran through a park behind Inner London Crown Court before he was stabbed by a hooded attacker near the Elephant and Castle in south London.

He was found with stab wounds in Tiverton Street around 9.30pm.

McCaulay was treated by an air ambulance doctor but died nearly an hour and a half later in hospital.

He was the 46th person to be murdered in London this year, the 29th fatal stabbing. McCaulay was also the ninth teenager murdered, all of whom have been fatally stabbed.

Detectives are appealing for information about the stabbing in Tiverton Street at around 9.30pm on Sunday.

Detective Chief Inspector Richard Leonard, who is leading the murder inquiry, said: “While there has been no arrest at this time, we are following a number of active lines of enquiry based on CCTV, forensic analysis and local engagement, and my team still needs to hear from anyone who has information concerning this incident.

“McCaulay was chased from Newington Gardens, which is known as Gaol Park, into Tiverton Street where he was attacked and found shortly after by paramedics.

“Did you see the chase or the attack? Please call and share what you know with my team straight away.”

In a Bank Holiday weekend of mayhem, a man was also deliberately run over and killed in East London on Sunday night, and on Saturday night there was a triple shooting in nearby Leyton.

January 8th: Jaden Moodie, 14, stabbed to death after being knocked off a moped in Leyton, east London