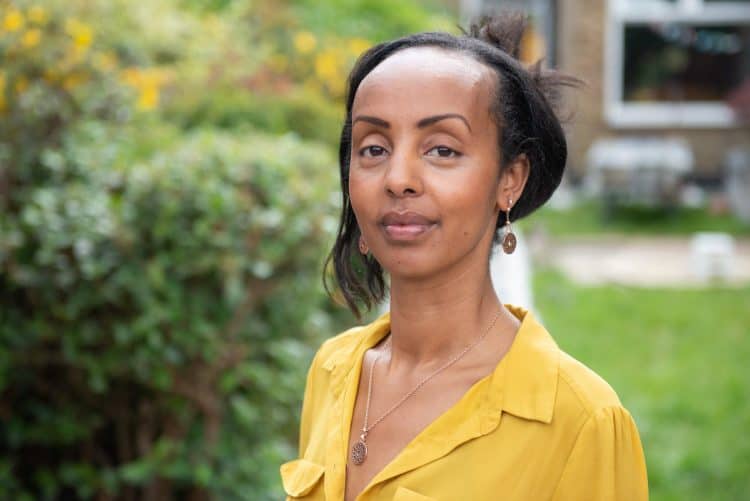 A casino croupier broke down in tears as she told how her inspector “looked away” when a racist multi-millionaire client demanded a white dealer.

She also says management would “segregate” black employees out of their eyesight if directed by customers from the Far East, and said requests for ‘fair-skinned dealers’ were accepted as being ‘pure superstition’.

She claims her managers, two of whom are also listed as respondents in the suit, diminished the racist remarks by calling them “mistakes”.

Giving evidence live today at the Central London Employment Tribunal, Ms Tesfargiorgis teared up and said she would “try and not get emotional” when she said she claimed that her managers would do nothing.

She said: “I went into the room and he was playing punto.

“The gentleman was in one of our private rooms playing the card game that was just him.

“It was a new shoe when you bring out new cards and you change the dealer when that game is about to finish.

“I came and sat in front of the customer. He looked at me and said, ‘oh you changed dealer?’ I said, ‘yes sir, new shoe new dealer.’

“It was at that point he said, ‘I want a white dealer.’

“I looked at my inspector, at the time Michelle Johnson hoping she would say something and I looked to her as my inspector.

“That is the person who is supposed to step in if the customer is out of line and she looked away and I sat there and waited until I was replaced.

“I sat there and waited for about five minutes until another dealer, a white female dealer, took me off.

“After that [casino manager] Mr Branson summoned me to my office and we had a lengthy conversation.

“I remember who that dealer was and I know I would say she was shocked by the request. She said, I’ll go and tell them. She meant that because it’s wrong. I know her character.

Ms Tesfagiorgis said she could not leave as “you don’t leave a table empty”.

She added: ” When it happened the bottom line I had no expectation anything would happen especially once I turned to my inspector and she looked away.

“She has the power to say something. Everybody does.”

The croupier said she wanted to take the matter further and suggested that training be done on what to do when a client is racist.

The human resources manager, Laura Attrill, asked if it could be “broadened and softened to just employee/customer relations”.

Kerenza Davis, the counsel for the casino, said a judge had ruled the tribunal could only consider any incident that happened from 2011 onwards when Casino Resorts fully took over the management of Aspinalls.

However, the croupier was able to rely on some of the incidents as evidence.

She said: “He made a number of comments which caused great offence to the black female employees at whom they were directed, such as ‘dirty dirty girls’, ‘you have a lovely pair of tits’ and ‘stupid f**king black girls’.”

In cross-examination, Ms Davis said: “It is the respondent’s case that current management is unaware of the detailed incidents that you outlined that occurred before 2011.

“We say new management came in and introduced new policies and a new culture.”

Ms Tesfargiorgis said: “Some things changed and some things didn’t. For example, the staff remained the same.

“Therefore some elements remained the same including attitudes and some of the culture.”

The casino, Mr Branson and Ms Atrill deny the allegations.