The 20-year-old was a schoolgirl when she travelled to Syria to join the so-called Islamic State group in 2015. 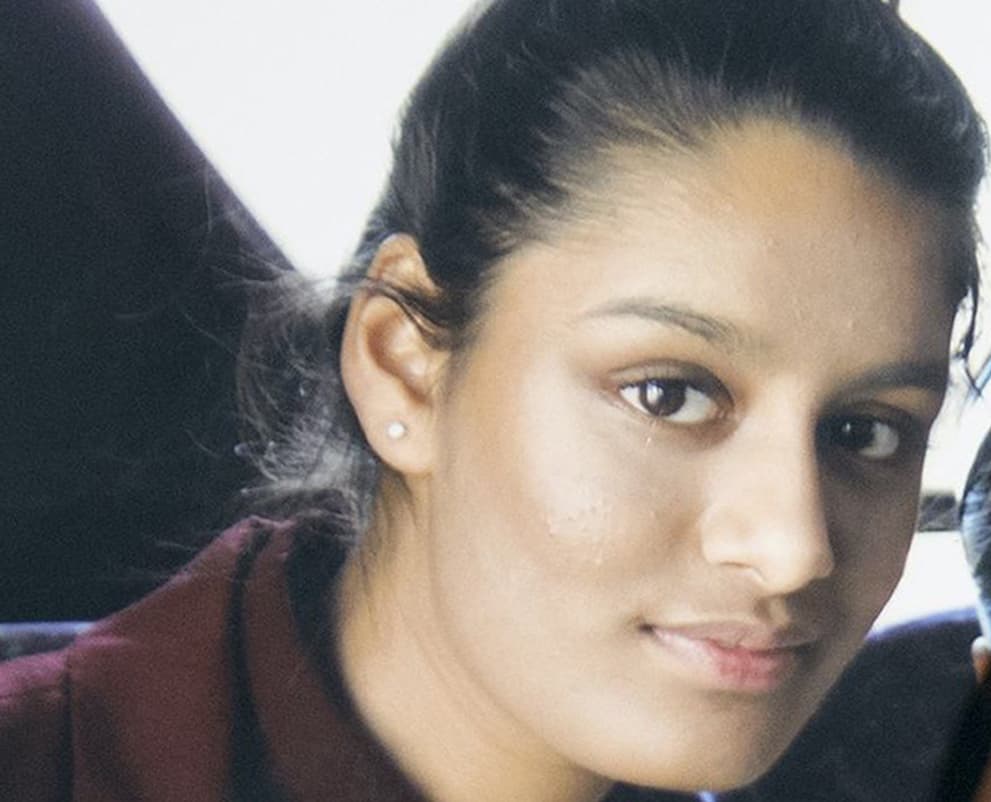 The UK’s highest court will consider whether Shamima Begum should be allowed to return to the UK to challenge the deprivation of her British citizenship.

Ms Begum, now 20, was one of three east London schoolgirls who travelled to Syria to join the so-called Islamic State group (IS) in February 2015.

She lived under IS rule for more than three years before she was found, nine months pregnant, in a Syrian refugee camp in February last year.

Earlier this month, the Court of Appeal ruled that “the only way in which she can have a fair and effective appeal is to be permitted to come into the United Kingdom to pursue her appeal”.

Lord Justice Flaux – sitting with Lady Justice King and Lord Justice Singh – said: “Fairness and justice must, on the facts of this case, outweigh the national security concerns, so that the leave to enter appeals should be allowed.”

The judge also found that “the national security concerns about her could be addressed and managed if she returns to the United Kingdom”.

At a remote hearing on Friday, the Court of Appeal granted the Home Office permission to appeal against its ruling at the Supreme Court.

Lady Justice King said the case raised “points of law of general public importance” which should be considered by the UK’s highest court.

She said that “clearly there must be a stay” on Ms Begum’s potential return to the UK “until further order by the Supreme Court”.

The judge also granted permission for Ms Begum’s lawyers to challenge the Court of Appeal’s decision that the absence of a fair and effective appeal did not mean her British citizenship should be restored, subject to the Supreme Court accepting that part of the case.

Sir James Eadie QC, for the Home Office, earlier said there was “a big issue at stake”, namely “what principles and approach should govern a case in which someone at present cannot have a fair and effective hearing in a deprivation appeal, but they cannot do so because they have placed themselves, not as a result of any of the Secretary of State’s actions, (but) where that is the result of going abroad and aligning with terrorist groups”.

Sir James said it was “an issue of real pressing public importance” which was “perhaps the central democratic issue of our times”.

He added: “This cannot be assumed to be unique or even, given the number of people who have aligned in this way, to be a highly unusual case.”

He submitted that, while there may be “some potential for sympathy in light of the age she was when she left the jurisdiction … she did leave the jurisdiction with the intention of, and then did align with violent extremists in Syria”.

The court also heard that the apparent leaking of the Court of Appeal’s draft judgment “or the essential contents of that judgment” to The Sun ahead of its formal publication would be referred to the Attorney General.

At the outset of Friday’s hearing, Lady Justice King said: “There was a breach of the embargo which preserved the confidentiality of the judgment until hand down, the judgment having been circulated to the parties on July 9.

The judge added that “the article was removed during the course of the night” before the Court of Appeal gave its ruling.

Lady Justice King also said that the article “rightly or wrongly referred to ‘senior Government sources’ as having been the source of the information”.

She said: “We intend to report that matter to the Attorney General.”

Sir James told the court that Sir Jonathan Jones, the head of the Government Legal Department, was conducting an investigation into the leak and would provide a final report in two to four weeks.

He added that there was “no suggestion or accusation that it was the appellant (Ms Begum) or someone on her legal team who might be responsible”, but that “one cannot assume it was Her Majesty’s Government”.

In written submissions, Ms Begum’s barrister Adrian Waterman QC said: “The content of The Sun article lends itself to the inference that the Government sources referred to were seeking to strike first in the media, thus setting the agenda in a way which was unsympathetic to (Ms Begum) at a time when there would be no opportunity for any balancing comment to be included.

“In addition to being a contempt of court, the draft judgment had contained information taken from a witness statement … which was covered by a confidentiality order.”

Mr Waterman said the information was “sensitive and could expose (Ms Begum) to real harm if made public”, which he said was “obviously a matter of very real concern”.

Ms Begum was one of three schoolgirls from Bethnal Green Academy who left their homes and families to join IS, shortly after Sharmeena Begum, who is no relation, travelled to Syria in December 2014.

She told The Times last February that she left Raqqa in January 2017 with her husband but her children, a one-year-old girl and a three-month-old boy, had both since died.