The announcement of the changes came hours before the Islamic festival began. 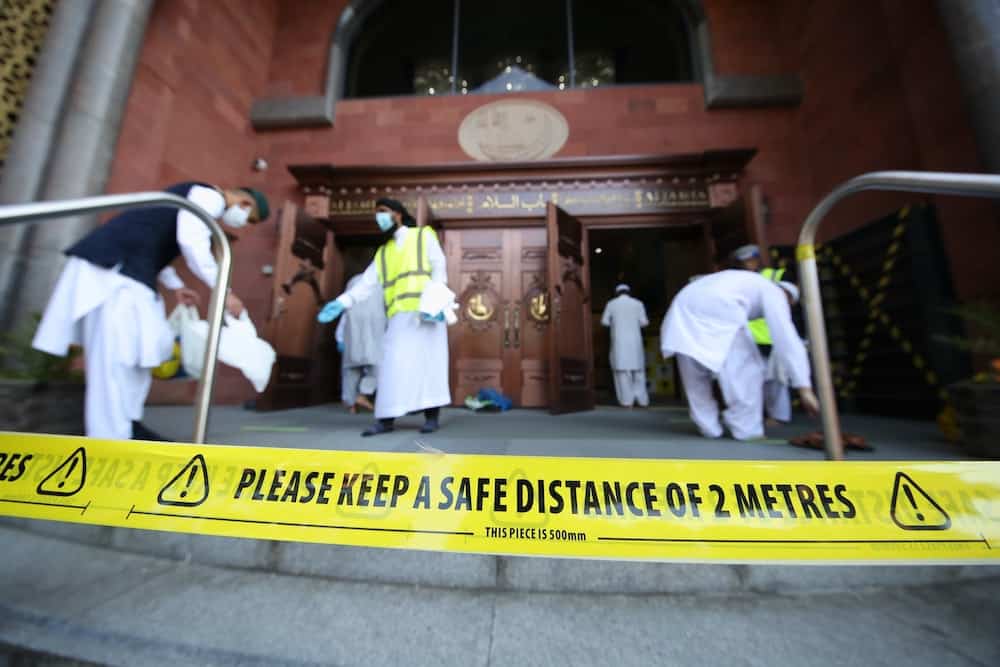 The Health Secretary has denied that the new restriction imposed in parts of northern England was aimed at curtailing Eid celebrations.

Matt Hancock announced on Thursday evening that “immediate action” was needed across Greater Manchester and parts of east Lancashire and West Yorkshire to keep people safe.

He has been accused of making the announcement “at the last minute” as it came just hours before the Islamic festival of Eid-Ul-Adha began on Friday.

Asked on BBC’s Today programme whether the measures were announced late on Thursday night to stop Eid celebrations from taking place, Mr Hancock said: “No, my heart goes out to the Muslim communities in these areas because I know how important the Eid celebrations are.

“I’m very grateful to the local Muslim leaders, the imams in fact, across the country who’ve been working so hard to find a way to have Covid-secure celebrations.

“For instance celebrating Eid in parks where there’s more space available and of course outdoors is safer than indoors.”

Eid al-Adha – the festival of sacrifice – follows the completion of the annual Hajj pilgrimage.

It is the second major celebration of the Islamic calendar after Eid al-Fitr, which marks the end of the month of fasting called Ramadan.

Many Muslims celebrate Eid al-Adha, which can last between two to four days, by sacrificing an animal for feasts to be shared by family, friends and those in need in large groups.

The new rules, which came into effect from midnight, bans people in the restricted areas from meeting each other inside their homes or in gardens following a spike in virus cases.

The Muslim Council of Britain’s secretary general, Harun Khan, condemned the Government for making the announcement at “shockingly short notice”, and compared the timing to that of Christmas Eve.

He said: “With the first day of Eid being today, for Muslims in the affected areas it is like being told they cannot visit family and friends for Christmas on Christmas Eve itself.

“Whilst the safety of communities is of paramount importance, as has remained the case from the very outset of this crisis, so is effective communication delivered in a timely fashion.

“Failure to communicate makes it difficult for communities across the country to continue working together to minimise the spread of the virus, whilst eroding trust in the ability of authorities to steer our course as we tackle the Covid-19 crisis.

“The UK Government has failed to provide clarity on the shockingly short notice and the reasoning behind the new rules that British Muslims deserve – any such clarification would be most welcome.

Left it too late

Saima Afzal, a community inclusion activist and Blackburn councillor, said the Government “left it too late” to impose the restrictions.

She said people in the Lancashire town had already been warned against visiting households when it became clear to the council that infection rates were on the rise.

Speaking to the PA news agency, she said: “Why did the Government leave it so late? Two hours before Eid, giving them little time to reconfigure.”

She said she understood why the restrictions had to be introduced, stating the virus affected every community.

“The issue for me is the timing, it’s really unfortunate,” she said.

“I’m not saying he’s intended it, but why weren’t areas told in advance? They knew where the data was going.

“The lack of clarity for every community, not just Muslims, it’s so last minute.

Miss our loved ones

“It’s going to be hard, with any celebration where people are coming together and share food, we will miss our loved ones more.”

Bradford West Labour MP Naz Shah said she was collecting food on Thursday night from a caterer for her family’s Eid celebrations when she heard about the new measures.

She said the announcement only gave people a few hours to change their plans, adding: “It really has disrupted people’s lives.”

Ms Shah said she understood the importance of introducing measures when necessary, but said the way they were announced was “an absolute omnishambles”.

She added: “It’s absolutely appalling, a new low in the way they communicate to the people of Great Britain.”