The singing star produces bass notes thousands of times deeper than a human ear can hear. 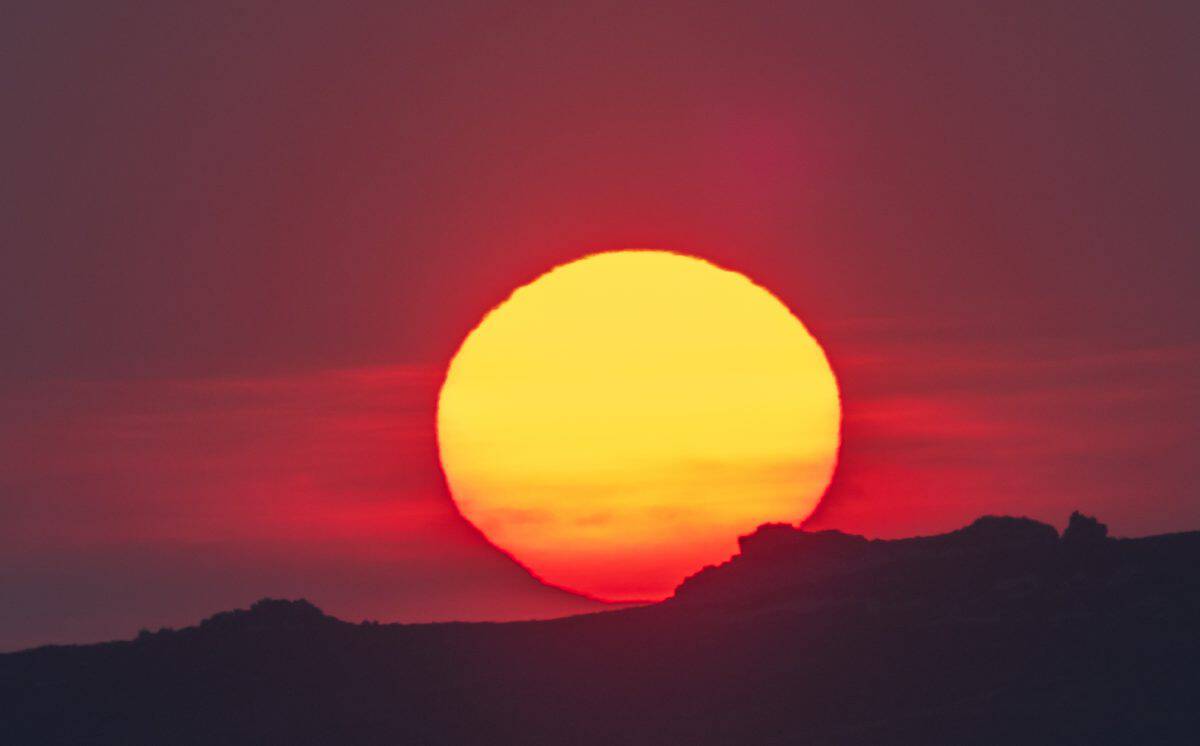 The Sun’s ‘voice’ has been captured by scientists for the first time.

The singing star produces bass notes thousands of times deeper than a human ear can hear.

Vibrations from its space jam work just like howling winds on Earth – but using plasma on the Sun’s 10,000 Fahrenheit (5,505 Celsius) surface instead.

Speeding them up to higher frequencies that maintain their natural harmonies reveals other-worldly tunes – as well as being useful to researchers probing the star’s properties.

Researchers have been analysing data from the Sun’s millions of different vibrations since discovering its ‘voice’ in the summer of 1960.

They found its surface was moving up and down with a cycle of about five minutes – creating a sound wave of 0.003 hertz.

As human’s hearing range starts from 20hz – scientists teamed up with music experts to create a sonification software tool to speed up the tune and allow anyone to listen in.

The Sonification of Solar Harmonics (SoSH) Project is the brainchild of US helioseismologist Dr Tim Larson, Dr Seth Shafer, Professor of Music technology University of Nebraska and Elaine diFalco, a composer and Media Arts graduate student at the University of North Texas.

The sounds are captured from the Solar and Heliospheric Observatory’s MDI and HMI missions.

A spokesman said: “As an alternative to visualisation, sonification invites us to apply our extensive experience of sound waves in natural settings to the interpretation of data.

“Especially in the case of data that is already acoustic in nature, we might expect listening to reveal relationships that have not been discovered before.

“The fact is that we have no idea what might be audible in the data because, although we have studied it for decades, we have never listened to it.”

He added: “Today we know that the Sun is reverberating with millions of harmonics, each inhabiting a particular region inside the Sun and oscillating at a characteristic frequency.

“The strongest of these harmonics have frequencies of only about 0.003 hertz, corresponding to their roughly five-minute oscillation periods. This is far below the range of human hearing, which is generally accepted as 20 to 20,000 hertz.

“Therefore, in order to experience the sound of the Sun with our ears, these very low sounds must be scaled up to an audible range.

“This reveals the most obvious advantage of sonification over visualisation for solar oscillations, which is time compression.

“Our ears are able to process many thousands of samples per second, allowing us to listen to a year’s worth of data in only a minute.”

The tool scales the various harmonics or vibration frequencies of the star at the same rate – preserving the same musical intervals between them.

Listening to them all at the same time would sound like white noise – as the Sun produces millions of harmonies at any given time.

But tuning in to frequencies that have already been analysed reveals bizarre vibrating notes with pleasant harmonies.

The spokesman said: “At this point in our processing, playing an unfiltered timeseries would sound just like static, or noise.

“This is because very many modes are sounding simultaneously in any given timeseries, not to mention the background noise involved in our observation of the modes.

“Composers can use it to create new works that feature the Sun as a musical instrument, while a curious public can engage with SoSH to gain an acoustic understanding of our home star.

“Solar listening is now accessible to everyone.”

Listening to the individual notes – or harmonics – are the only way of probing the Sun’s interior.

Analysing their changing pitch allows scientists to estimate the star’s interior pressure and density – as well as working out from where within the star the sounds are coming from.

The spokesman said: “The frequencies of the Sun’s harmonics allow us to make physical inferences about the solar interior.

“Just as the pitch of a plucked guitar string gets higher with greater tension and lower with greater thickness, solar frequencies give us information about parameters such as the Sun’s interior pressure and density.

“Because the different harmonics have different extents in radius and latitude, we can infer these parameters as a function of position inside the Sun.

“In fact, these oscillations provide the only probe we have of the solar interior. In other words, listening to them can tell us about the Sun’s acoustic cavity and even how it changes over time.”

The SoSH project is now looking at creating a smartphone app that allows people to trace out a path in the Sun and listen to its harmonies as if they were following it.

The researchers also hope their tool would be used in museums and universities.