By Joe Mellor, Deputy Editor If you are trying to apply for Universal Credit you will have to use an 0345 number, costing up to 45p a min from a mobile and 12p a minute from landline. In a time when the majority of people increasingly use mobiles rather than landlines, this is a bitter […] 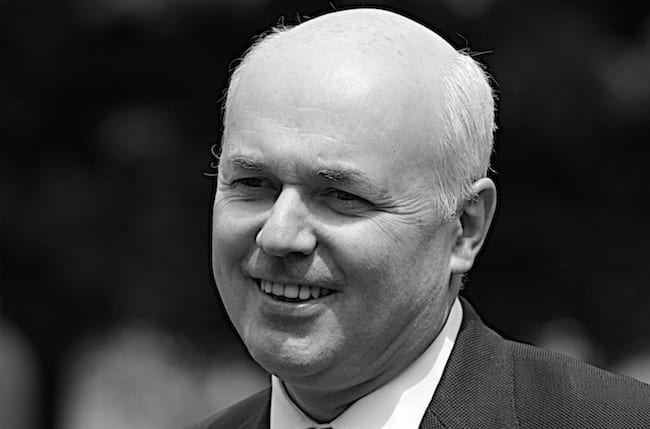 If you are trying to apply for Universal Credit you will have to use an 0345 number, costing up to 45p a min from a mobile and 12p a minute from landline.

In a time when the majority of people increasingly use mobiles rather than landlines, this is a bitter blow to people already on the breadline.

The Work and Pensions Secretary has decided against using on 0800 freephone number, to help people up and down the country. Millions of people are about to begin claiming in a new way through his new Universal Credit policy.

Previously the DWP (Department for Work and Pensions) said they would have free calls “for all major benefit claim lines,” but this pledge has been kicked into the long grass for Universal Credit.

Back in 2013 the DWP faced fury when it emerged the department was forcing millions of claimants to call rip-off 0845 lines without even offering an alternative.

Frank Field, chair of the Commons work and pensions committee, said: “There is something really disturbing about the idea of people on their uppers having to incur a hefty phone bill just to talk to somebody about their benefit claim.”

Smiths’ junior welfare minister Justin Tomlinson explained: “All benefit new claims lines have 0800 numbers and are therefore free whether claimants call from mobile phones or landlines – with the exception of Universal Credit, which has an 0345 number as the expectation is that claims are made online.”

It is unrealistic for the DWP to expect every claimant to be able to apply for their cash over the internet.

“Surely it’s not right to hit them with hefty charges for simply calling to make a claim?

“We need a fair and sensible system, otherwise we’ll have chaos and families left struggling to get the help they need.”

A DWP spokesman said: “People who are unable to claim online and need to use the telephone service can request a call back to avoid call charges.