"No-one should go to work in fear of being assaulted. Emergency workers’ jobs are extremely challenging at the best of times, and assaults during the pandemic are putting lives at risk." 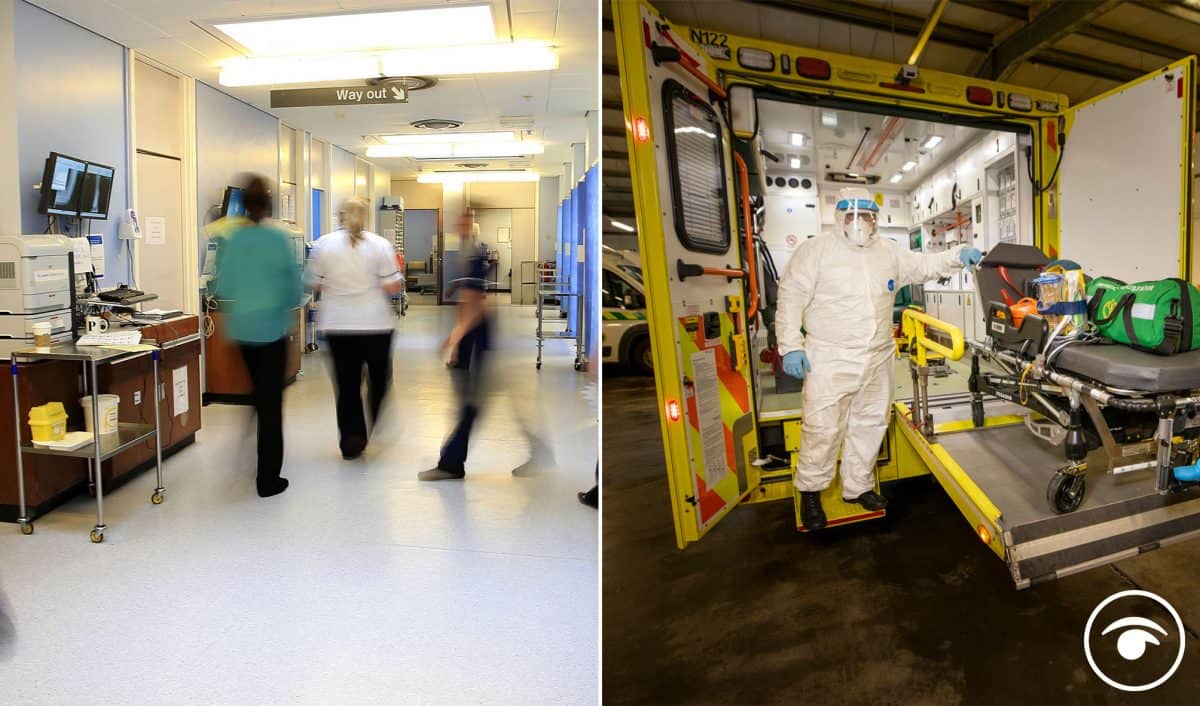 GMB, the union for ambulance workers, has responded to new Crown Prosecution Service (CPS) figures on assaults against emergency workers that were linked to COVID-19.

GMB warned that the true number of assaults will have been much higher as many assailants have not been charged, and that employers could do more to support workers in taking complaints to the police.

“These incidents included our control room colleagues being verbally abused, and our ambulance crews being threatened, kicked, pushed, punched, spat at and subjected to other inappropriate behaviour.

“It is unacceptable to abuse and assault our staff, and it must stop.

“We continue to work with our police colleagues to ensure all offenders are brought to justice and our people can work without being threatened or attacked.”

Rachel Harrison, GMB National Officer, said: “No-one should go to work in fear of being assaulted. Emergency workers’ jobs are extremely challenging at the best of times, and assaults during the pandemic are putting lives at risk.

“It is clear that ambulance workers and others in emergency services need much more protection and support. The law is only as strong as its enforcement, and sadly these figures are just the tip of the iceberg.

“Stronger deterrents are urgently needed to make sure that perpetrators are brought to justice. That is why GMB is campaigning for NHS Trusts to improve their support to workers at risk of assault, and for better working between agencies to ensure that more assailants are held accountable for their actions.’

A 21-year-old NHS worker seriously injured in a racially aggravated attack six months ago has appealed for people to “do the right and courageous thing” and help police catch those responsible.

K was hit by a dark blue Honda Accord as he walked to a bus stop after finishing work at Southmead Hospital in Bristol at about 4.30pm on July 22.

Witnesses told police the occupants of the car then shouted racist abuse at the musician, who only wishes to be known as K or by his stage name Kdogg, before running off.

He suffered serious injuries including a broken leg, nose and cheekbone – leaving him unable to walk or stand up and requiring three operations.

In a statement released through Avon and Somerset Police, K said: “It is now six months since I survived a racially-aggravated attempted murder.

“A cowardly, brazen attack carried out in broad daylight. My attackers broke my body. Their violence touched the soul of my family, friends, fellow Bristolians and beyond.

“But my attackers didn’t break my heart nor Bristol’s heart. It’s clearly only a matter of time until they are caught.

“I would again like to thank all those that came to my aid, administered care, sent me well wishes, donated money – including Bristol’s Massive attack – and those that continue to provide my medical care.

“Unfortunately for medical reasons I’m not able to return to my NHS duties just yet. But I’m bouncing back and hope to join them soon. Respect to my NHS colleagues who are fighting Covid-19.

“If you are reading this and can help the police catch my attackers, do the right and courageous thing and please do. Thank you.”

K and his family are being supported by the charity Stand Against Racism and Inequality (SARI).

Four men were previously arrested on suspicion of attempted murder and released under investigation.

Detective Inspector Danielle Underwood said: “My team and I are working hard and painstakingly to build a case for charging those responsible for K’s horrendous injuries.

“We understand the frustration over the time this complex investigation is taking – we feel it too – but we’re determined to do this right to get justice for K.”

The charity Crimestoppers has offered a £5,000 reward for information leading to the conviction of those responsible for the attack.

Police previously issued CCTV of the suspect vehicle as well as images of damage to the car and wall, showing the force of the impact that caused K’s injuries.

A force spokeswoman said the case was being monitored by chief officers and the police and crime commissioner.

Witnesses who saw the collision, anyone running away from the scene or the blue Honda Accord being driven in the Monks Park Avenue area are asked to contact police on 101 quoting reference 5220163308.

Related: Yorkshire ‘punished’ for vaccine success, with jabs to be diverted south