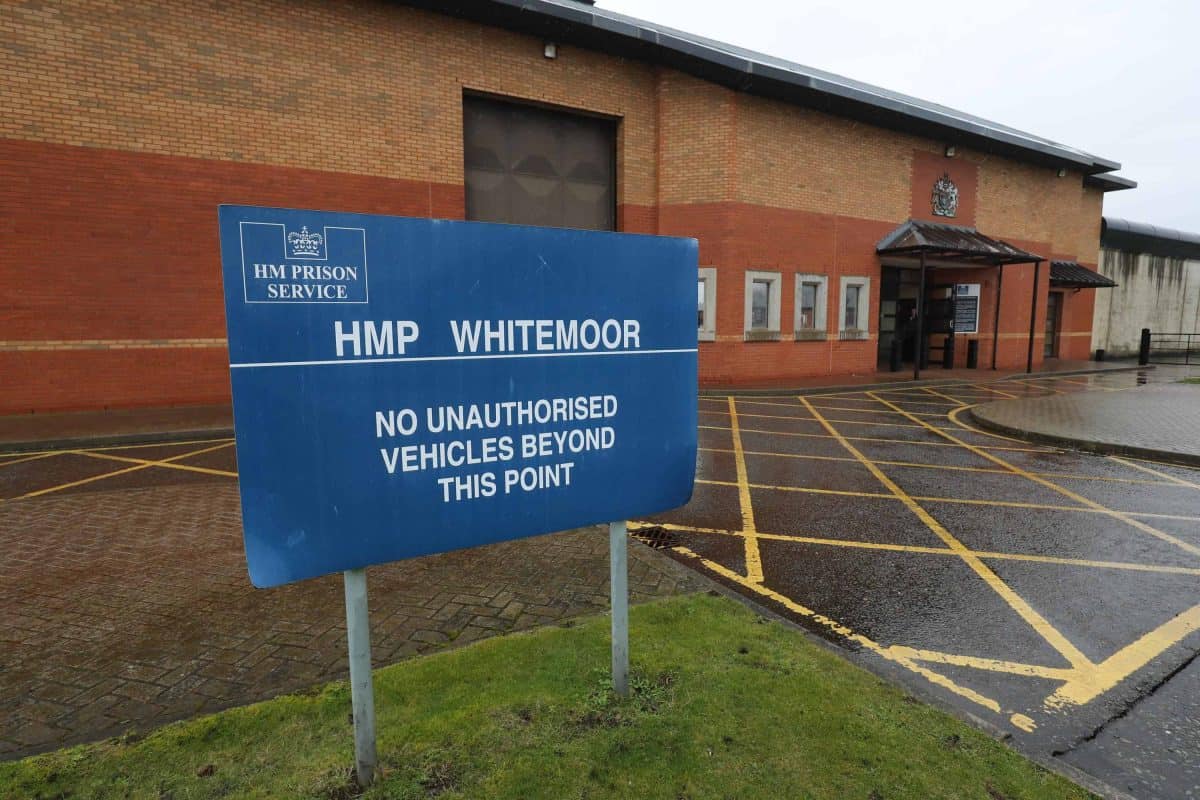 An assault on prison officers by two inmates wearing fake suicide belts at a maximum security jail is being treated as a terror attack, police said.

One officer suffered stab wounds to his head, chest and face after he was set upon from behind by the prisoners armed with improvised bladed weapons.

He and four other staff, who received stab injuries as they stepped in to help, were taken to hospital after the incident on Thursday morning, but have since been released.

Scotland Yard counter-terrorism officers are investigating and Deputy Assistant Commissioner Dean Haydon confirmed it was being treated as a terror attack on Friday.

One of the suspects at the 458-capacity HMP Whitemoor in Cambridgeshire has been named in reports as convicted terrorist Brusthom Ziamani, 24, while the second is said to be a Muslim convert jailed for a violent offence.

Ziamani, a follower of radical preacher Anjem Choudary, 52, was found guilty of planning a terror attack in 2015 over a plot to behead a British soldier.

Steve Gillan, general secretary of the Prison Officers Association, said: “I have received a full briefing on this cowardly and vicious attack and there is no doubt in my mind that but for the bravery of staff then this morning we could have been talking about a death of a prison officer at Whitemoor Prison.

“This was an extremely serious attack on hard-working staff.”

A Prison Service spokesman said the incident was “quickly resolved by brave staff”, adding: “We do not tolerate assaults on our hard-working officers and will push for the strongest possible punishment.”

The Met said it was “deemed appropriate” for the investigation to be carried out by counter-terrorism officers.

A statement said: “The incident itself was quickly contained and dealt with by prison staff and from our enquiries thus far, there is nothing to suggest any continuing threat inside or outside of the prison system linked to yesterday’s incident.

“Both the prisoners suspected to have been involved in the attack remain in prison. No arrests have been made at this time.”

Ziamani was 19 when he was sentenced at the Old Bailey to 22 years in prison, reduced to 19 on appeal, after he was arrested while carrying a 12in (30.5cm) knife and a hammer in a rucksack.

The court was told that he had researched the location of Army cadet bases in the south-east of the capital.

Earlier, he had shown his ex-girlfriend weapons, described Fusilier Lee Rigby’s killer Michael Adebolajo as a “legend” and told her he would “kill soldiers”.