Spring in the UK is now a month than it was 25 years ago, experts said today. The latest research suggests that the ‘vernal window’ – the transition between winter and spring – is starting earlier and lasting longer. According to a US study it could have a serous impact on economic activity as the […] 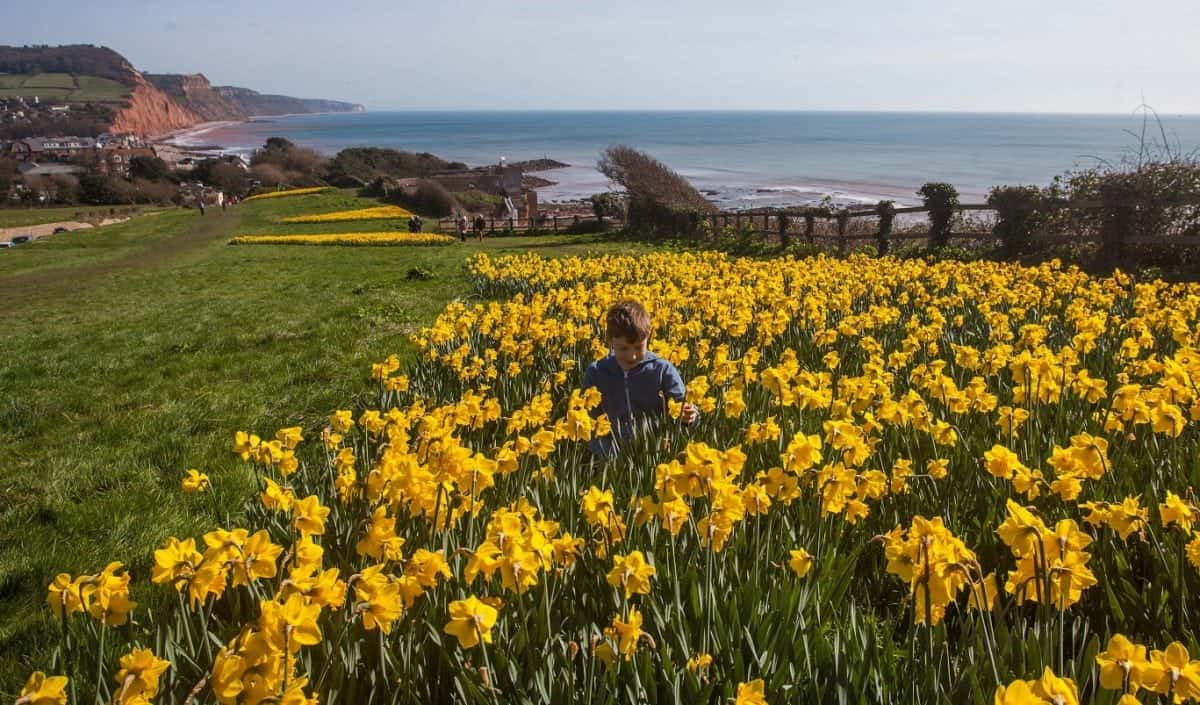 Thomas aged 11, plays amongst daffodils that have come into bloom in Sidmouth, Devon. 13/03/2017 See SWNS story SWDAFFS; These photos show a seaside resort lit up by a stunning sea of daffodils thanks to the dying wish of a millionaire. Wealthy ex-pilot Keith Owen left £2.3m in his will to create a 'valley of a million bulbs' in Sidmouth in south Devon. Mr Owen, a US businessman, made the unusual bequest after falling in love with the pretty seaside town. His wish was fulfilled - and now the sweeping swathes of stunning daffodils illuminate the town each spring.

Spring in the UK is now a month than it was 25 years ago, experts said today.

The latest research suggests that the ‘vernal window’ – the transition between winter and spring – is starting earlier and lasting longer.

According to a US study it could have a serous impact on economic activity as the growing season gets longer and fishing and hunting seasons are extended.

Commenting on the research Mike Kendon, from the National Climate Information Centre at the Met office, said that spring is now a month longer in the UK.

He said there was a ‘rising trend’ in increasing spring air temperatures and the number of air frosts were falling and growing season now lasts for nearly two weeks more.

‘There is a significant change in Met records,’ he said.

‘Spring is now a month longer, we now get spring for 30 days more, almost a month more spring.

‘The growing season is between 10-12 days longer, just less than two weeks longer.

‘It is what you would expect with the increase in temperatures in the UK climate.’

However, Mr Kendon warned that there was a ‘large degree of variability’ year on year in the UK weather.

This year spring officially sprung on 1 March and will last until 31 May.