Last year a courts head apologised after a black barrister was repeatedly mistaken for defendant. 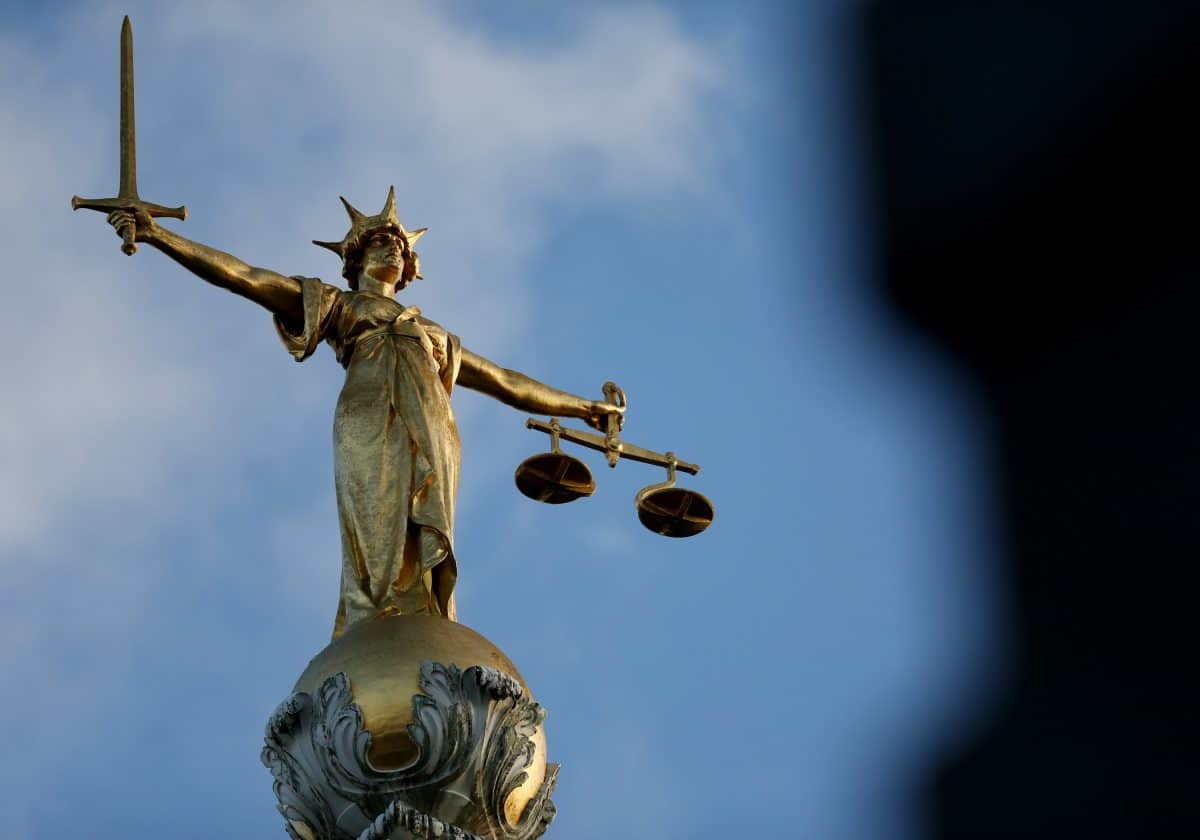 It is “unacceptable” to simply suggest diversity among the bar may improve in the future, according to a leading barrister, who argues it needs to be addressed “sooner rather than later”.

Last October the acting head of the UK’s court service has apologised after a black barrister was mistaken for a defendant three times in one day.

Alexandra Wilson, a criminal and family barrister and author of In Black And White, a memoir of her career so far, tweeted that she was “absolutely exhausted” after staff at the court repeatedly failed to recognise she worked in the legal profession.

Now Derek Sweeting QC, the new chair of the Bar Council, said the numbers of barristers from different backgrounds must increase, and more action is needed on inclusion.

Work is needed to ensure people feel comfortable working in the profession and committed to staying, he suggested.

In an interview with the PA news agency, Mr Sweeting, who was called to the bar in 1983, said he had seen changes during his career, including an increase in the number of female barristers.

But he added: “In terms of race, we’re still, on any view, some way behind”.

He said in absolute terms the figures show that the bar is not lagging too far behind, citing figures from a report published last year, which he said showed 3.2% of the bar are from a black British ethnic group, compared with around 3.7% of the working-age population.

Mr Sweeting went on to say in relation to people from black, Asian, and minority ethnic (BAME) backgrounds, the profession is “still a little bit under-represented in terms of UK working age”, adding “and then it gets worse as you go up the profession”.

“Only just over 1% of QCs are from black British backgrounds, and that plainly ought to change,” he said.

Mr Sweeting said he believes the “forgotten twin” of diversity is inclusion.

Giving an example, he said the fact that around half of those in a barristers’ chambers are women, “doesn’t actually mean they feel comfortable there”.

“It doesn’t mean they feel it’s a comfortable environment when they have to take time off to have children and then come back to work and so on,” Mr Sweeting said.

“I think that’s often true of black members of the bar as well. It’s not just about numbers, it’s about how comfortable people feel and how committed they are to going on, staying at the bar. And they are all things we need to address.

“In terms of numbers, particularly ethnicity, we need to be addressing sooner rather than later and it’s just unacceptable to be saying ‘well it might change in 20 or 30 years and so on’.”

Asked about the case of Alexandra Wilson – a black barrister who was mistaken for a defendant three times in one day – Mr Sweeting said he believed her experience was “not that unusual for some black barristers”.

“It’s difficult to know how many, but certainly, when her story became public, there was a lot of tweets and other additions from black members of the bar about how it happened to them.

“You almost got the feeling it was our bar equivalent of stop and search really, it was disproportionately affecting black members of the bar. I think there are very few white members of the bar who would have been confused with defendants.”

Ms Wilson, a criminal bar and family barrister, tweeted in September that she was “absolutely exhausted” after court staff failed to recognise three times in one day that she worked in the legal profession.

Mr Sweeting said Ms Wilson’s experience was not “a verdict on the bar or solicitors or legal professionals, it’s not even a comment on judges”.

Instead, he said, he believes it is do with “busy court staff, who are trying to deal with an environment in which they’ve certainly seen people walk into court who shouldn’t be there and are assuming that because someone is black they are more likely to be a defendant than a legal professional. That’s really what it comes to.”

Mr Sweeting went on to say: “As to the solution… I think it’s a societal problem.

“I think there are differences in different age groups, undoubtedly, and I think if we did have, if we had a sort of younger court staff maybe we would have a slightly different approach.”

HMCTS is taking steps to attempt to confront issues such as those faced by Ms Wilson, Mr Sweeting said, but added he was “disappointed” by a recent Government announcement that unconscious bias training for civil servants is to be scrapped.

– The Bar Council represents barristers across England and Wales.