Malaika's mother Khadija Shah, from Birmingham, was arrested at Islamabad airport in 2012 and jailed for life in 2014 for smuggling 63kg (138lb) of heroin 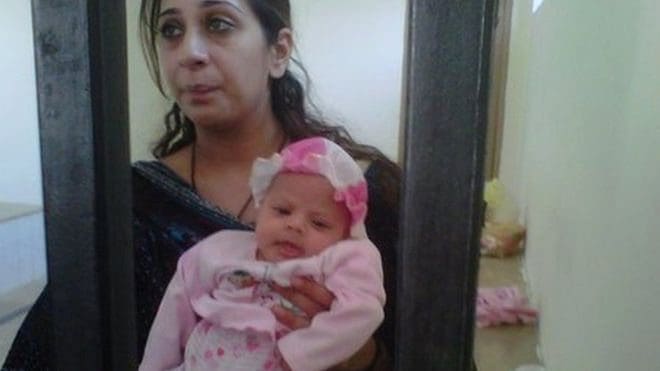 A six-year-old born in prison in Pakistan to a British mother jailed for smuggling £3.2 million of heroin has returned to the UK.

Malaika had spent her whole life behind bars in Adiala Prison, Rawalpindi, with her mother Khadija Shah, from Birmingham.

But Malaika is thought to have returned to the UK on January 31, following efforts from the UK’s Foreign and Commonwealth Office.

Prison officials previously said that Shah and her daughter were being treated well.

It is not yet known what is to happen to Shah.

The heroin, worth about £3.2 million in the UK, was found inside a number of suitcases in Shah’s possession.

The then 27-year-old claimed she had been carrying the cases for someone else, and was unaware of the contents.

Shah’s mother has been looking after her two other children following her imprisonment.

The Foreign and Commonwealth Office said: “Our staff continue to assist a British woman jailed in Pakistan.

“We supported her family in bringing her daughter to the UK, working with them and the Pakistani authorities.”