Solicitor Neil Astles, 59, died on Sunday after getting the AstraZeneca vaccine on 17 March, his sister, Alison, said. 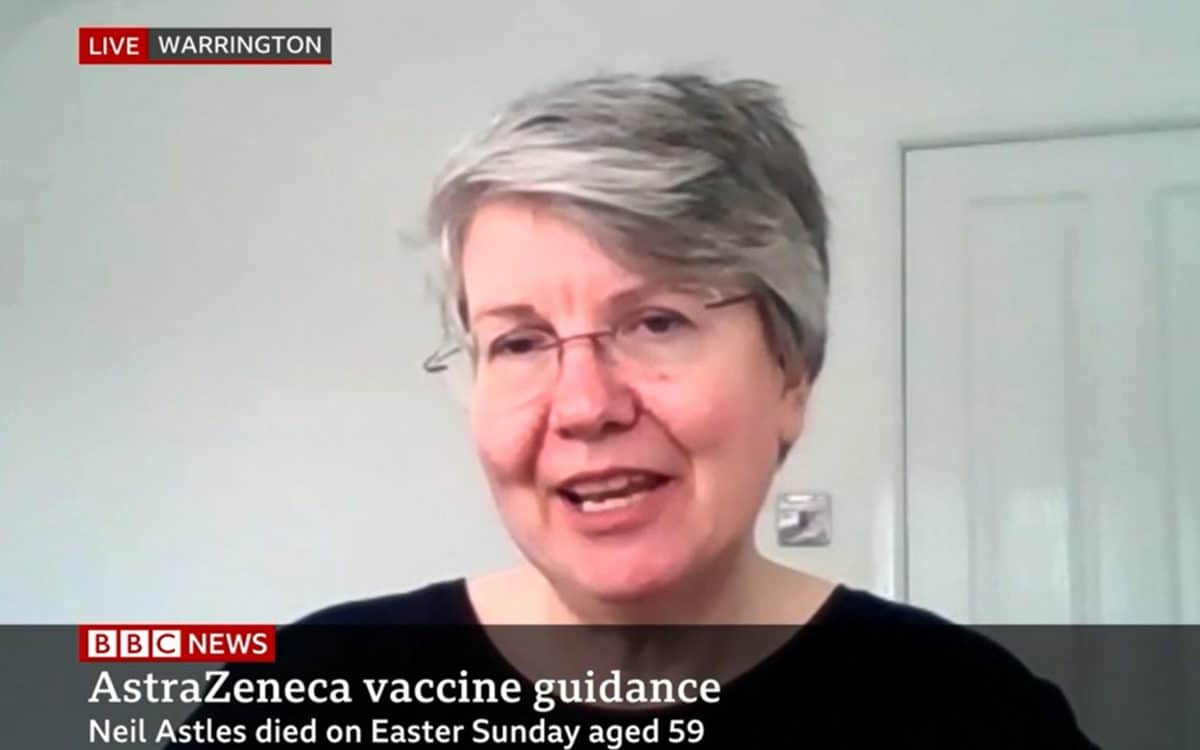 A pharmacist whose brother died of a blood clot probably caused by his Covid-19 vaccine says she “strongly believed” people should continue to have the jab.

Solicitor Neil Astles, 59, died on Sunday after getting the AstraZeneca vaccine on 17 March, his sister, Alison, said.

Speaking to the BBC News channel, she said: “Despite what has happened to Neil and the impact on our family, I still strongly believe that people should go ahead and have the vaccine.

“If you’ve had one dose, go ahead and have your second. If you haven’t had your dose yet make sure that you do. Because, overall, we will save more lives by people having the vaccine than not.

“The risk of a clot is very, very small and my brother was extraordinarily unlucky.”

Dr Astles said Neil was a “much loved brother, husband and son”. She said that about a week after her brother had the vaccine he began to have headaches and nausea.

He was taken to the emergency department of the Royal Liverpool University Hospital on Friday night where doctors found a “huge blood clot” – and he died on Sunday.

Dr Astles, who is subject leader for pharmacy at the University of Huddersfield, said she was told by clinicians at the hospital they were 99.9 per cent sure the clot was due to the vaccine.

She said: “The human being, the sister in me, still feels absolutely furious and very angry that this has happened to my brother.”

Dr Astles said she decided to speak out after watching the press conference on Wednesday led by Professor Jonathan Van-Tam, the deputy chief medical officer.

She said she agreed with the professor’s message but said: “That is not a statistic or theory for me, that is actually what’s happened to my family”.

She told the Daily Telegraph that Astles had been diagnosed with a “cerebral sinus thrombosis and subarachnoid haemorrhage” with “low platelets and extraordinarily high d-dimer”.

But Dr Astles said her brother’s cause of death had yet to be officially recorded by the coroner.