The left-wing republicans would be the largest party in both Stormont and Dail if elections were held tomorrow. 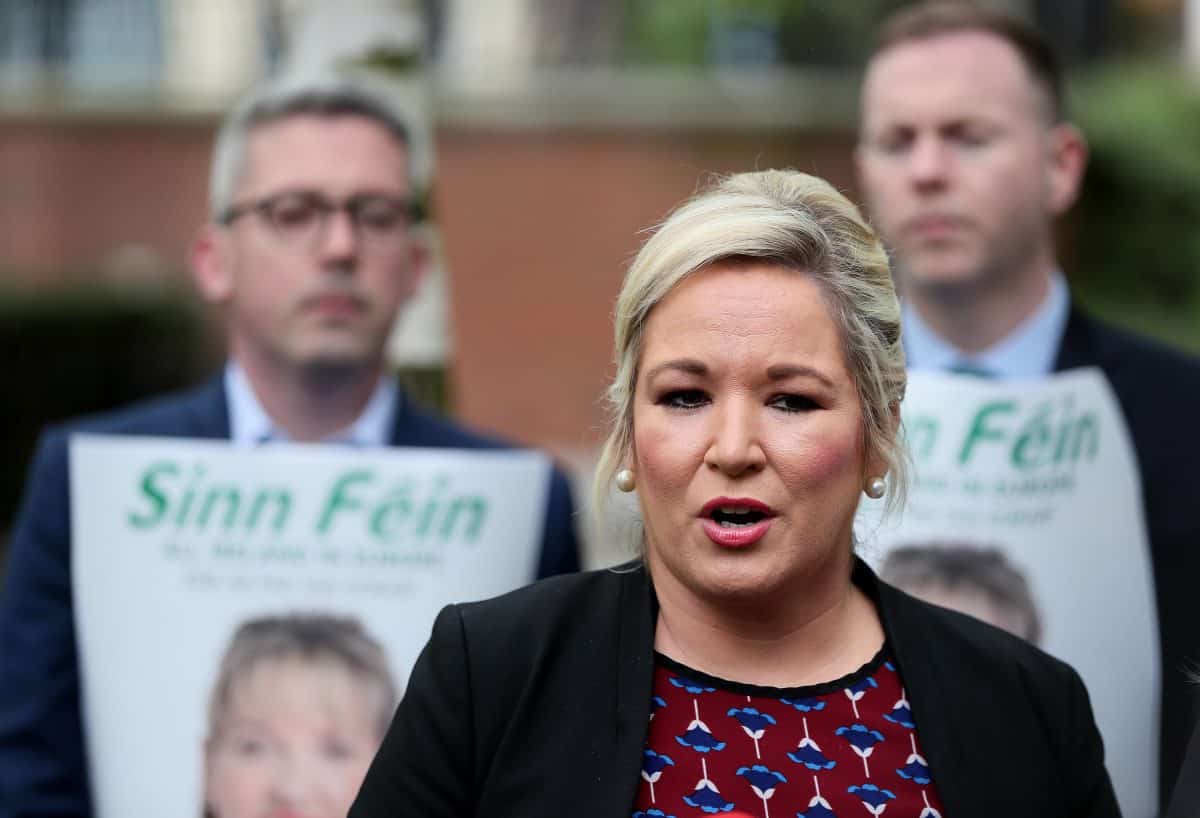 Sinn Fein would be the most popular party in both Northern Ireland and the Republic of Ireland if elections were held today, polls show.

The Independent reported the party now has a significant lead over its unionist rivals north of the border, after a collapse in support for the far-right DUP.

It has also had a consistent lead for the next Dail elections since the start of the year, according to polls.

A new survey for the Belfast Telegraph conducted by pollster LucidTalk shows Sinn Fein with a 9 per cent lead over the DUP.

The unionist party’s support has halved since the general election in 2019, with a historic low of 16 per cent. The party’s loss comes as there has been a lot of loyalist discontent over Brexit, and amid the replacement of its leader Arlene Foster with Edwin Poots.

The survey found that the DUP’s support has split between the even more hardline Traditional Unionist Voice, the more moderate Ulster Unionist Party, and the non-sectarian Alliance Party.

The Alliance is itself on 16 per cent in joint second place, trailing Sinn Fein on 25 per cent.

At Stormont, securing a place as the largest party would guarantee Sinn Fein the office of first minister under the power sharing settlement. The deputy first minister would automatically be drawn from the unionist community.

Parties in the Republic have been reluctant to form coalitions with Sinn Fein because of the organisation’s historic links to the IRA – with then prime minister Mr Varadkar saying it was “not a normal party”.

But the leadership of his rivals in Fianna Fail was reported to have softened on the idea of working with the left-wing republicans, although such a pact did not materialise after the last elections.

In the Republic, Sinn Fein has grown its support in recent years by focusing on economic and social issues such as housing.

The poll found that 49 per cent of the North’s residents favour remaining a part of the UK while 43 per cent supported leaving. The same survey found that in the Republic, 51 per cent favour a united Ireland with 27 per cent supporting a continuation of the status quo.