It comes as senior doctors in the UK voiced "serious concern" at the country's vaccine rollout. 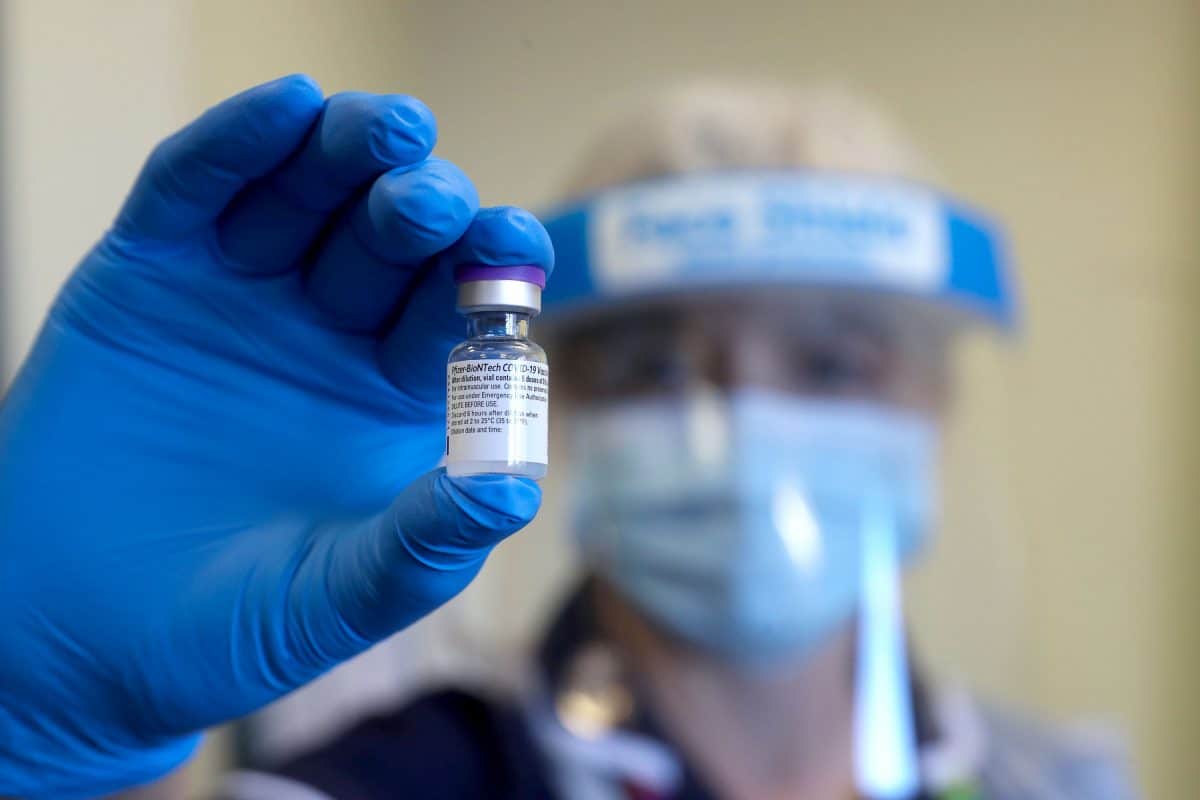 A single shot of the Pfizer/BioNTech vaccine produces a strong antibody response within weeks, according to Israeli data which could allay fears over the UK’s immunisation strategy.

Senior doctors have called on England’s chief medical officer to cut the gap between the first and second doses of Pfizer’s Covid-19 jab – claiming it was “difficult to justify” and should be changed to six weeks.

But at the Rambam Health Care Campus in northern Israel, 91 per cent of 1,800 doctors and nurses that received the vaccine showed a significant presence of antibodies 21 days after their first shot, the hospital’s chief executive said.

Professor Chris Whitty has said that increasing the gap between doses to a maximum of 12 weeks would allow “many more people to be vaccinated much more quickly”, despite the World Health Organization recommending a gap of just four weeks between jabs.

In a letter to Professor Whitty, seen by the BBC, the British Medical Association (BMA) called for an urgent review of the government’s approach, adding that the UK “has become increasingly isolated internationally” and “is proving evermore difficult to justify”.

“The absence of any international support for the UK’s approach is a cause of deep concern and risks undermining public and the profession’s trust in the vaccination programme,” the letter said.

Dr Chaand Nagpaul, chair of the BMA, said there were “growing concerns” that the vaccine could become less effective with doses 12 weeks apart.

“Obviously the protection will not vanish after six weeks, but what we do not know is what level of protection will be offered [after that point],” he told BBC Breakfast. “We should not be extrapolating data when we don’t have it.”

However the data from Israel could ease those concerns. At the Sheba Medical Center, similar tests showed at least 50 per cent of staff with a level of antibodies “above the cut-off point” two weeks after the first jab according to Arnon Afek, the hospital chain’s associate director-general.

“This goes to what’s been in dispute right now in the UK, whether to continue giving just a first dose, so that people receive certain levels of immunity or to go to the second,” he told the FT.

“We are absolutely clear that everybody needs two vaccinations. The first gives the great majority, as far as we can see, of the initial protection, but the second vaccine increases that, and probably makes it longer lasting as well.

“So, we are very much committed to two vaccinations. The reason for extending the course of the vaccination is primarily to double the number of people that can get vaccinated, and so it is a public health decision.

“By a process of relatively simple maths, you can think that if a vaccine is more than 50% effective, if you double the number of people who are vaccinated over this very risky period when there is a lot of virus circulating, you are overall going to get some substantial benefit.”

How To Make: Tahini Cookies With Chocolate & Sea Salt