New data also found the Pfizer jab was just as effective against the Kent variant of coronavirus. 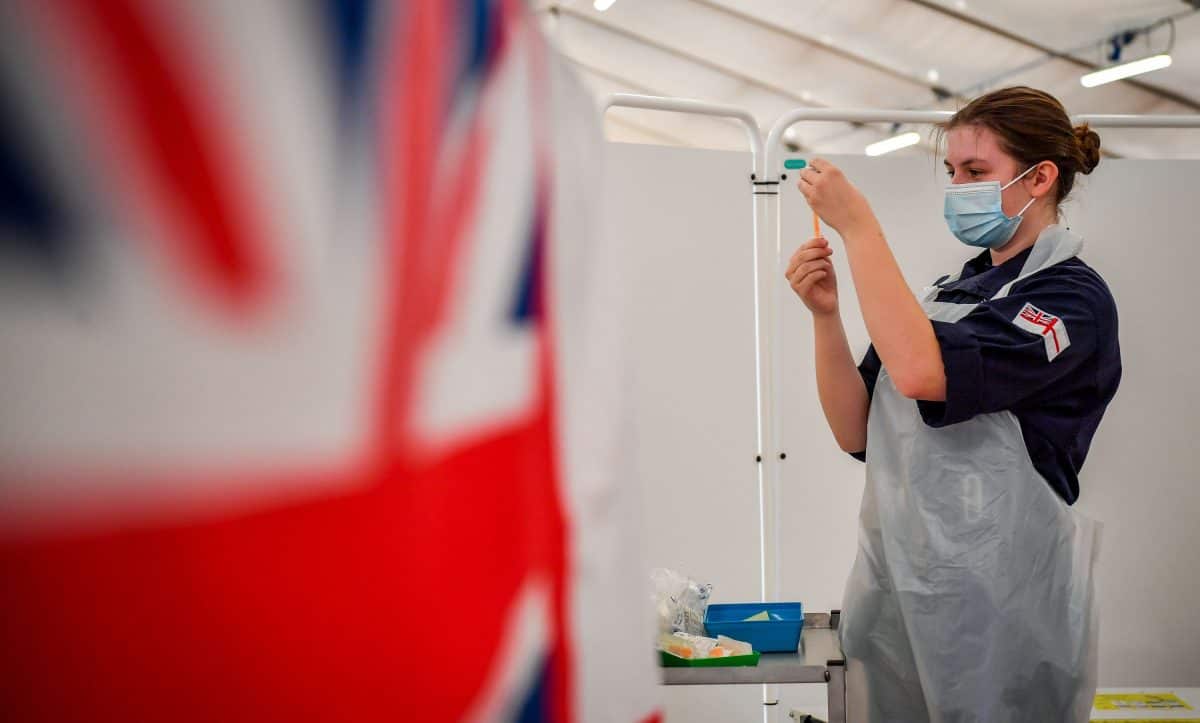 A single shot of the Pfizer vaccine cuts the chance of hospital admission and death from Covid-19 by more than 75 per cent among the over-80s, according to real-world data from Public Health England (PHE).

Dr Mary Ramsay, head of immunisation at PHE, said this was at the “lower end of the estimate” and the drop in hospital admission and death was thought to be even more profound.

Among the over-80s, Covid testing data on more than 12,000 people found at least 57 per cent protection against coronavirus 28 days after vaccination with a single dose of Pfizer, rising to 88 per cent after a second dose.

Among this age group, there was also thought to be at least 75 per cent protection against severe disease.

Overall, the vaccine cut the chance of needing to go to hospital and death by more than 75 per cent, PHE said.

In a separate study, PHE looked at data from more than 23,000 healthcare workers aged 65 and under, from 104 England hospitals, who had received at least one dose of the Pfizer/BioNTech vaccine.

It found that those who receive a single dose of the jab had at least a 70  per cent lower chance of becoming infected with coronavirus 21 days after vaccination, rising to 85  per cent after a second dose.

Experts are still collecting data on the effectiveness of the Oxford/AstraZeneca vaccine and will publish those results when available.

But early evidence suggests the Oxford jab also offers a “good level of protection”, PHE said in a statement.

The new data found the Pfizer jab was just as effective against the Kent variant of coronavirus as it was against the original pandemic strain.

Health Secretary Matt Hancock said: “This crucial report shows vaccines are working. It is extremely encouraging to see evidence that the Pfizer vaccine offers a high degree of protection against coronavirus.

“Vaccines save lives, and so it is vital we roll out the vaccine programme as fast as possible, and that as many people as possible take the jab. This new evidence shows that the jab protects you, and protects those around you.

“It is important that we see as much evidence as possible on the vaccine’s impact on protection and on transmission, and we will continue to publish evidence as we gather it.

“As we roll out the jab, it is vital people continue to play their role in protecting the NHS by sticking with the rules.”

Dr Ramsay said: “This is strong evidence that the Pfizer/BioNTech vaccine is stopping people from getting infected, while also protecting cases against hospitalisation and death.

“We will see much more data over the coming weeks and months but we should be very encouraged by these initial findings.

“But protection is not complete, and we don’t yet know how much these vaccines will reduce the risk of you passing Covid-19 on to others.

“So even if you have been vaccinated, it is really important that you continue to act like you have the virus, practise good hand hygiene and stay at home.”

While no figure was given for how effective the Pfizer vaccine is at cutting transmission of the virus, researchers behind the healthcare study said it will cut transmission.

In that study, 84 per cent of participants were female, 89 per cent were white and 86 per cent were in a role where they dealt directly with patients.

A quarter (26 per cent) of participants had a reported medical condition, with asthma, obesity and diabetes the most common.

The researchers said there was lower uptake of the vaccine among some groups, including those from minority ethnic backgrounds.

But they said speculation of high levels of vaccine hesitancy among health workers had not been found in the study, with almost 90 per cent of people receiving at least one dose of vaccine.