A simple device fitted on to household radiators could be used to prevent devastating fires spreading through high rise blocks such as Grenfell Tower in London. The inventor behind the device, that taps into the water in radiators to douse fires, has unveiled the simple object he believes can help save lives. Chemical engineer Dave […]

by Guest Contributor
in News, Tech and Auto 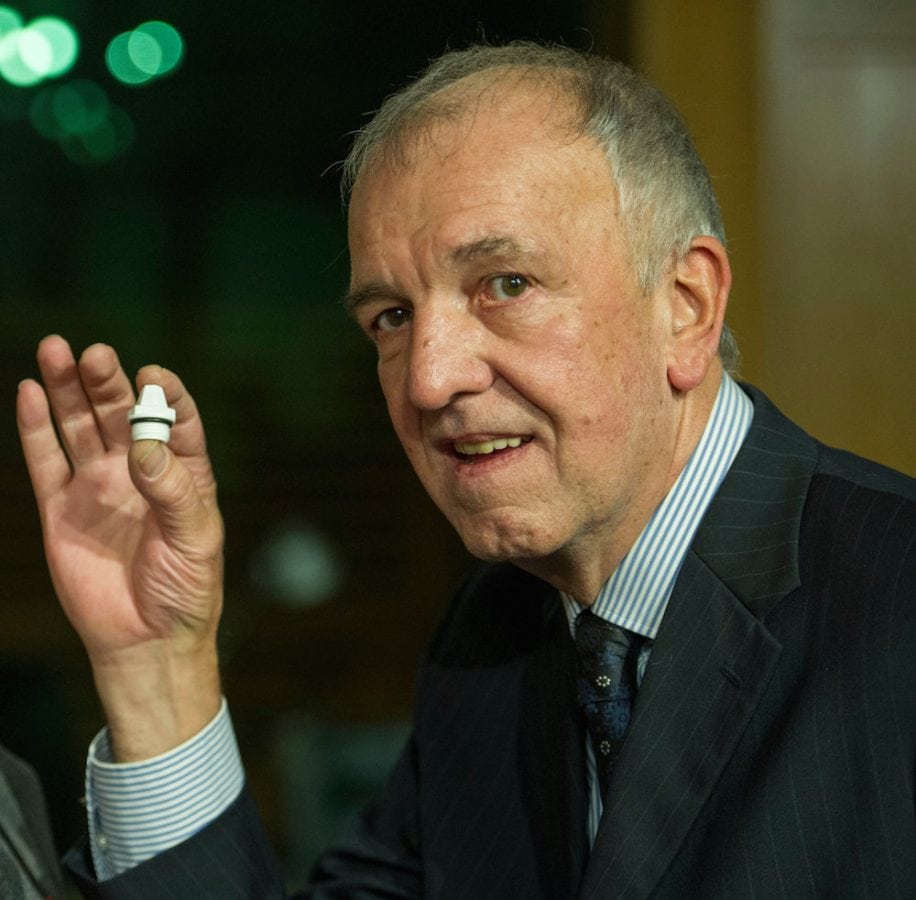 A simple device fitted on to household radiators could be used to prevent devastating fires spreading through high rise blocks such as Grenfell Tower in London.

The inventor behind the device, that taps into the water in radiators to douse fires, has unveiled the simple object he believes can help save lives.

Chemical engineer Dave Atkinson said the device he invented could help give people vital extra moments in a catastrophic fire.

The device fits on to any radiator and if a fire breaks out, it automatically detects the heat and sprays a stream of water from the radiators towards the flames.

The device, called Blueproof, is being tested in tower blocks south of the Border and undergoing British Standards tests.

But it is understood a demonstration was held at Edinburgh City Council this week at the request of councillors.

It is thought they may consider having them installed across Edinburgh if further rigorous tests on the device prove successful.

Mr Atkinson, from Nottingham, said he was initially inspired to act by the tragic deaths of the Philpott family in a fire in Derby in 2012.

He said: “I looked at my radiator and basically thought there was enough water in there to have suppressed a fire so I went on the net to see if there was any device that I could fit to the radiators in my home.

“I’m a chartered chemical engineer and have spent most of my life working for the likes of Shell and Exxon Mobil, leading the design on multi-billion dollar projects and I knew if I took existing design into it then I would have something that would activate in the right temperature range.”

The firm plans to demonstrate the device to local authorities and housing associations in Scotland.

Mr Atkinson added: “With Grenfell, there was water in radiators on every floor completely throughout that building and it couldn’t be accessed.”

The engineer said in the 40 years he has been involved with fire suppression systems, Grenfell was an event he “expected to occur” but “easily prevented”.

“In over 40 years that I have been involved in the technical design of active and passive fire suppression systems this was an event that I expected to occur.

“It had already occurred in other countries. I think this could have easily been prevented.

“Unfortunately local government building control and environmental representatives are not technical experts in active fire protection and sprinklers may not be the optimal solution to all active fire suppression requirements in tower blocks and other structures.

“We have it on trial in properties. It self-targets the source of the fire.

“We have had it in tower blocks and have had no reported leaks or failures.

“We’ve got a sound product, so it really making people aware of it and it is something that is fairly cheap, is maintenance free, it can fit onto the central heating system and it will give them that protective barrier.”

The company says the device will retail for £59.99 for a pack of three with trade inquiries being dealt with on an individual basis.

A City of Edinburgh Council spokesman said the demonstration had gone ahead at the request of individual councillors and no proposal has so far been made.

If one is made then it would be considered by all relevant bodies.